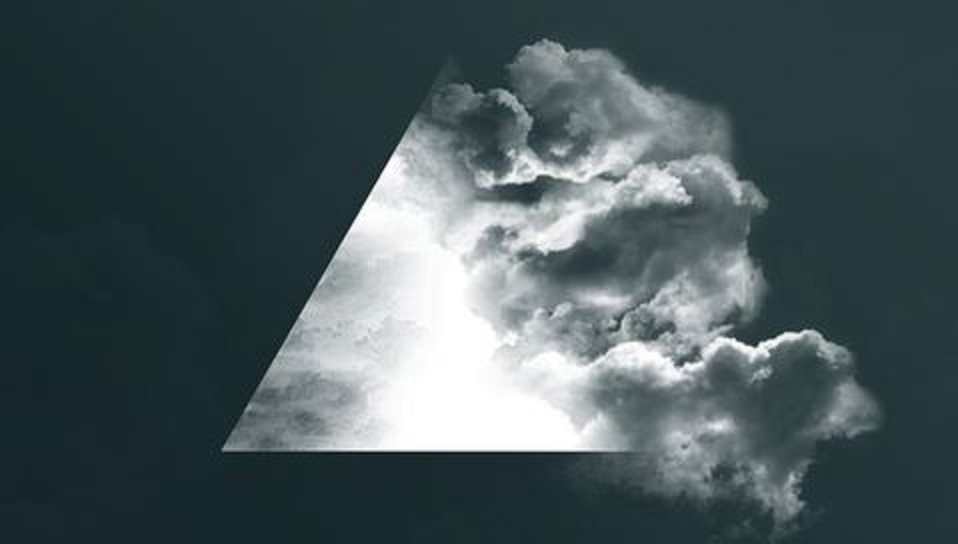 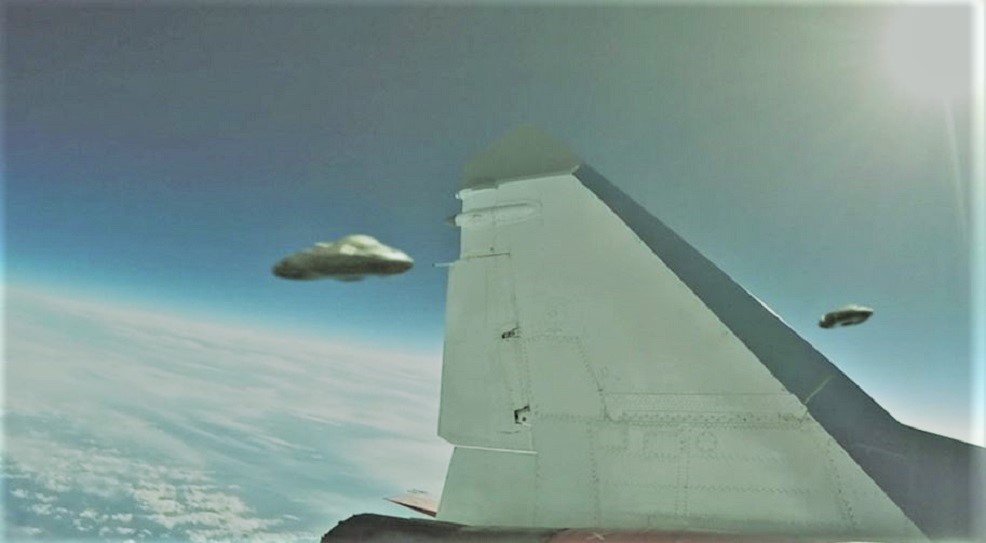 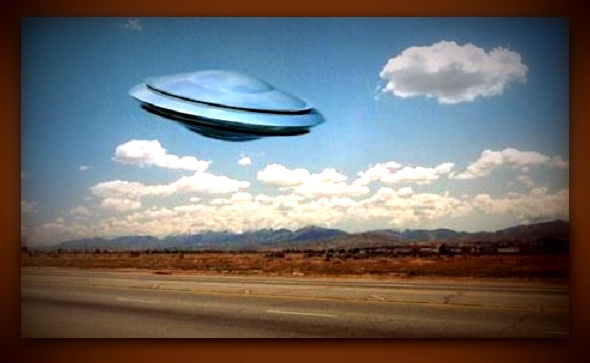 A known sighting around President George W. Bush took place in Texas January 8, 2006. The people in Stephenville and Dublin Texas got some eye opening tourists passing though their area. Over a dozen people that included a pilot, county constable and many business owners state that they have seen a 300 meter long silent flying object that had brilliantly lit lights and flew low and fast to the ground. There’s no need to tell you that this shook up the little communities terribly. Some of the eyewitnesses also said that they saw US Air Force jets in hot pursuit behind the UFO. Radar reports that were released, show that eyewitnesses in Stephenville area were correct; something was seen on radar passing over them. The object was watched on radar as it flew over and past Stephenville and went directly toward President Bush’s Crawford Ranch, at 10 miles from the ranch the UFO went beyond the limits of the radar screen, or so the government agencies report. Leaving us with the unanswered question, how could any craft of such immense size come so close the Presidential ranch without getting a response from military aircraft? Unless of course, it was a military craft. MUFON Stephenville Radar Report, a 77-page document states, “This object was traveling to the southeast on a direct course towards the Crawford Ranch, also known as President Bush’s western White House. The last time the object was seen on radar at 8:00pm, it was continuing on a direct path to the Crawford Ranch and was only 10 miles away.”  Although humorous, George W. Bush was traveling to the West Bank, Israel, Kuwait, Bahrain, The United Arab Emirates, Saudi Arabia, and Egypt from January 8-16, 2008, making it highly unlikely he was out on a joy ride in some huge alien craft, yet America does have numerous bases over there, which could in fact allow the USAF to experiment with alien ships without Americans noticing. So did the craft fly over the Crawford Ranch? That radar information was not given out to the public, but if it was headed in that direction on last radar report, most likely the answer is yes; it flew over the Presidential Ranch. 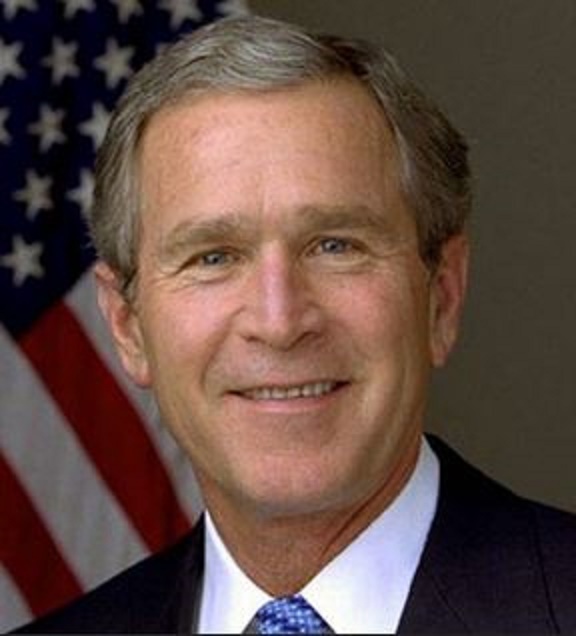 So if it was not a coincidence, were they perhaps looking for or working with the president? Or does a species from beyond, control American politics for their own gain? With President Bush being a former military fighter pilot, it may have been tempting for him to pilot such a craft as seen flying over his very ranch. Perhaps coincidence, or alien curiosity, only time will tell.  Think about this, former president George W. Bush decided to go skydiving on his 80th and his 85th birthdays. His 85th birthday was not his second, but actually his 7th time that he skydived! This guy is a risk taker. If the Bushes are that wild even in old age, then can you imagine what an ex-military jet pilot would do if he saw a 300 meter alien ship in the hands of the USAF? It is very possible that President Bush used his authority to take the helm of this ship from a hidden base and flown it half way around the world in mere minutes to take a look at his own ranch from the air. Please note, that he has already done this in the past as proof. On May 2, 2003 President Bush used his authority to co-pilot a Navy S-3B Viking hover jet and flew it over to the USS Abraham Lincoln aircraft carrier. Bush stated that he did fly the craft alone for awhile stating, “Yes, I flew it. Yeah, of course, I liked it.” His past experience of being a F-102 fighter pilot back in the Texas Air National Guard, kicking it. It would be just natural for Bush to take control of an alien technology ship in USAF hands and fly it to the location he loves the most, Texas. Why the ranch, easy, to go home and impress his folks, namely George H.W. Bush with his new ride.  NOTE: The above image is rendering. 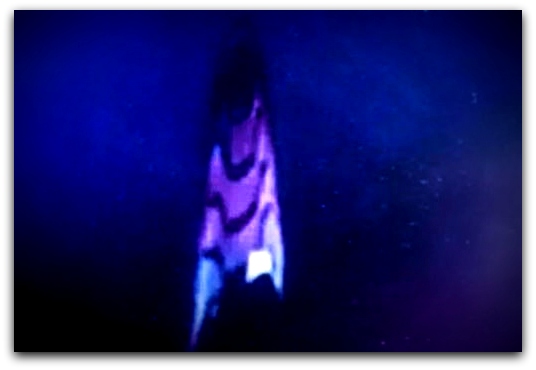 ANOTHER ALIEN CRAFT PHOTO NEAR THE I.S.S.

As reported on Disclose.tv, UFO watcher Toby Lundh provided the website a still photo of an unidentified object that appeared in NASA’s live feed Jan. 6, 2015, near the International Space Station..  Lundh exchanged text messages with Disclose.tv and said the live feed stopped after the object appeared.  Photos taken by NASA’s space shuttles, stations and rovers have always made for good fodder for alien conspiracy theorists.  According to Disclose.tv, veteran UFO hunter Toby Lundh spotted what he determined was an unidentified flying object just outside the space station as he was monitoring the live feed on his laptop.  In a text-message conversation with Blake at Disclose.tv, Lundh said he was sending a couple screen shots he took from the live feed before it was interrupted after 10 to 15 seconds.  According to Lundh’s text messages, he has found through persistent viewing that there are  always some UFOs showing up.” Likewise, he said, NASA always cuts the feed when a UFO gets close to the station.  UFO watchers claimed to see some object outside the space station during an Oct. 7 space walk by astronauts Reid Wiseman and Alexander Gerst.  NASA did not immediately return a call for comment.