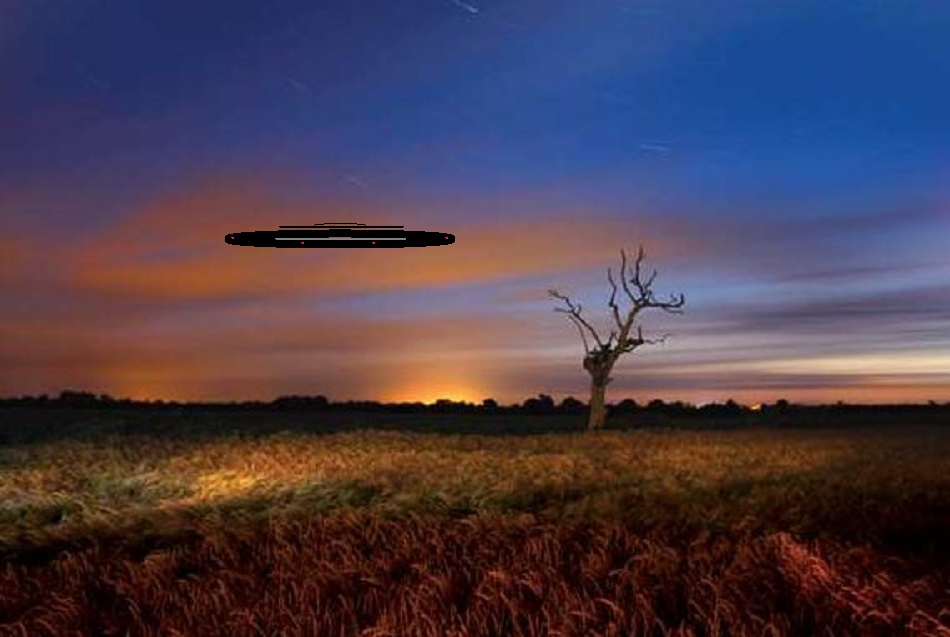 EARLY MORNING UFO CLOSE ENCOUNTER IN NEW ZEALAND
.
JULY 12, 1981   ………………  SOUTH CANTERBURY NEW ZEALAND
.
An hour-long late night encounter on a South Canterbury back road has convinced the Thew family of Temuka that unidentified flying objects do exist.  Mr and Mrs Ken Thew yesterday described how a multi-coloured flying object paced them along the Waitohi Road in the early hours of the morning of July 12, approaching to within 120 yards of their car and changing colours as it went.  Mr Thew, a motor mechanic, said they had always had an open mind on UFOs before their encounter, but were now convinced such phenomena existed.  Mrs Thew said they knew by the hour of the night, the manoeuvres and closeness of the object that it was not an aeroplane.  While Mrs Thew was frightened by the encounter and wanted to drive faster, her husband wanted her to pull over to the roadside to get a better view of the object. They were returning to Temuka from Pleasant Point with their three daughters.  Mrs Thew, who was driving, said she thought the lights were a reflection on the wet windows. But after winding down the window, the couple could still clearly see the object.  They said it seemed to be approaching the car, then abruptly stopped about 200 to 300 metres away, then changed direction and began to pace the car.  “The sight itself didn’t frighten me, but the car’s speedo told the story of how my wife felt,” Mr Thew said.  “When we opened the car window and the object came closer to the car, it was something we had never seen before.  There was no noise and it was quite apparent this was a controllable flying object.”  Both Mrs Thew and her eldest daughter were intrigued by what seemed like the shape of a “… a figure eight” which seemed to be outside the object.  In movement, a fan-like tail of golden-red colour appeared to follow it, but the “tail” was not visible when it was stationary.  The object finally “shot away* towards the east.  It did not seem to move between two points, according to Mr and Mrs Thew — “suddenly it was just somewhere else.”  Mr Thew said that as soon as he got home he wrote down all he could recall while the incident was still fresh in his memory.  The Thews said thai after reaching Temuka they followed the UFO, which was still changing colours to the east of the town, towards the sea.  Giving up the chase, they returned home, and the couple said when they looked up. the object was hovering above them at an altitude of about 1000ft.  Mr Thew said yesterday that although their sighting had been a fortnight ago, his wife had seen another strange light in the sky only three nights ago.  The Thews were unaware until yesterday that the shape and colours of the object they claimed to have seen were almost identical with a detailed UFO sighting in Illinois, America, in 1952.  In that sighting a nurse, Mrs Ann Sohn, described a similar shaped craft, complete with windows along the side and the same reddish colour to the object. – Timaru Herald (Timaru, New Zealand), 7/31/81  NOTE: The above image is CGI.
.
KEN PFEIFER WORLD UFO PHOTOS AND NEWS
WWW.WORLDUFOPHOTOSADNNEWS.ORG
WWW.WORLDUFOPHOTOS.ORG
THANKS TO WWW.PHANTOMSANDMONSTERS.COM
.
.