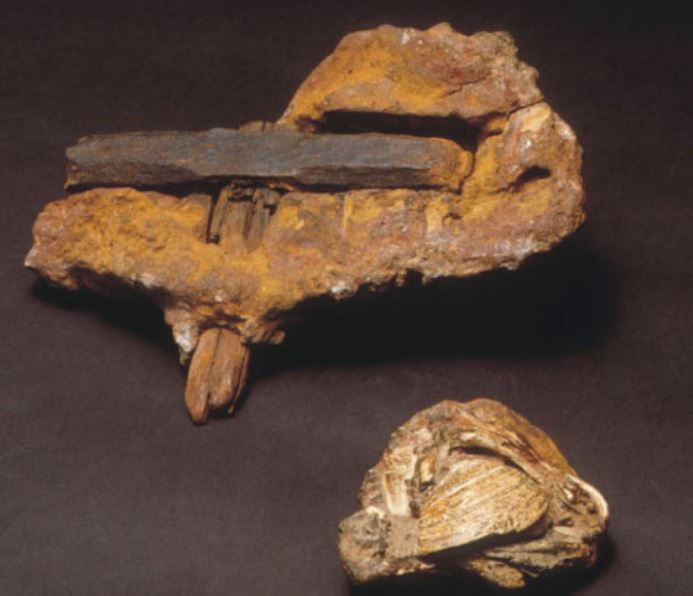 In June of 1936 there was a truly bizarre discovery made in London, Texas, in the United States, by a middle-aged couple who had been just out for a leisurely stroll near their home. During their walk, Max and Emma Hahn spotted something odd on the ground ahead of them and went to investigate what looked to be a rock with a piece of wood strangely protruding from it.  Curious as to why there should be this length of wood sticking out of a rock in the middle of nowhere, Max took it home and went about breaking the rock open. After breaking pieces of the rock away with a hammer and chisel, the couple were startled to see that the wood appeared to be the remnants of a handle of some sort of metal hammer head firmly encased within the rock. This is quite odd enough as it is, but it would get even stranger still when they took the unusual finding to a museum and the rock itself was found to be more than 400 million years old, and the head of the hammer itself was estimated at perhaps 500 million years old, with parts of its handle having supposedly begun to turn to coal over the eons as a testament to its vast age. Yet the object was obviously artificial, perfectly formed and the head possessing iron with a purity that could not occur in nature, unmistakably a hammer. How could this be?

The discovery was baffling, as of course there could not have been anyone around to fashion such a hammer so long ago, so was this the work of aliens, time travelers, or what? Creationists were certainly quick to jump on the discovery as well, and speculation soared. However, in the end although it is certainly odd, there is likely a more rational explanation. The problem is that the type of rock the hammer was found in, ancient limestone, is soft and could have been soluble and malleable enough to mold and form a concretion around the object over time under the right conditions, meaning a modern object such as a hammer could feasibly find its way into the midst of 400-million-year-old rock replete with fossils of long extinct organisms. Although this would be very rare and unusual, it still is seen as more probable than a modern human being losing a hammer hundreds of millions of years ago. In the end we will probably never know, as the so-called London Hammer has not since been studied and the hammer head itself has never been reliably carbon dated for its age, just the rock around it. Making answers all the more elusive is the fact that the mysterious hammer now resides at the Creation Evidence Museum.

KENS NOTE:  My theory is that thousands of civilizations have come and gone from this earth for millions of years.  When will it be our turn to crumble like dust and be blown away ….