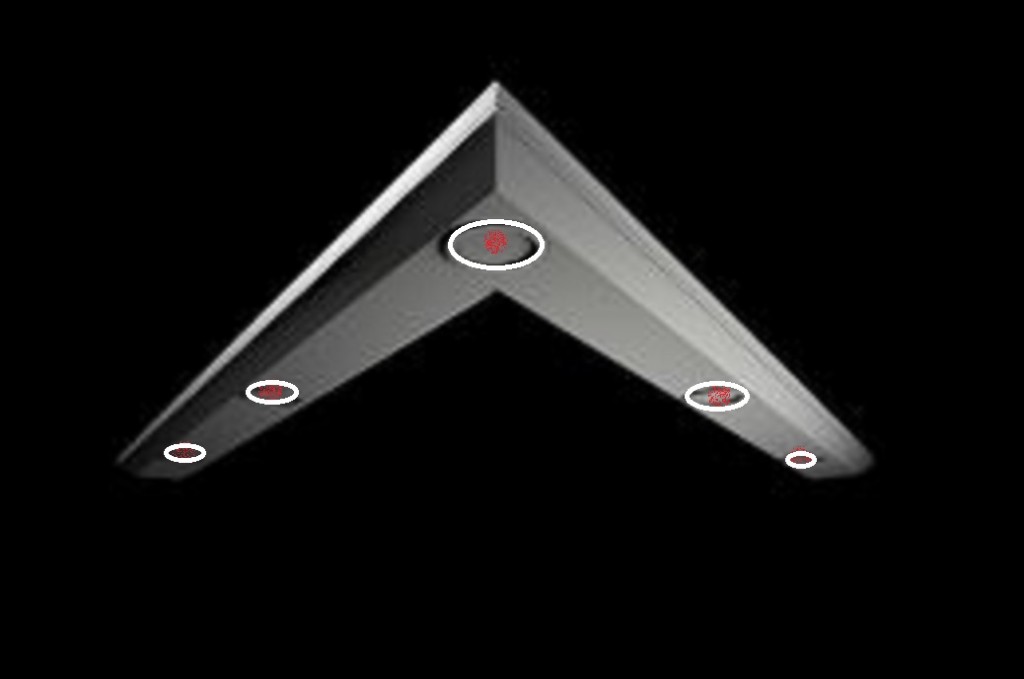 ALIEN CRAFT ENCOUNTER AT KINCHELOE AIR FORCE BASE
.
OCTOBER 1, 1975  ………KINCHELOE AIR FORCE BASE MICHIGAN
.
Ken, my name is M. G. and I was at Kincheloe AFB, Michigan at the time this took place. I was an A1C at the time but had the job of repairing the Nuclear Bomb Trailers for our Squadron. The 449th MMS along with a handful of ragtag gentlemen. I was the only female. I recall the incident as if it had happened yesterday. They told us nothing but thought it important and serious enough to have us gather at the supply warehouse and have us stage a mock attack against our base. Down to going through the motions as if we were under attack and casualties resulting from unknown entities. We actually thought it was just an exercise and laughed and joked and played cards and such not knowing the full extent of the possible threat we could be up against. We were not told anything. But then as you know you don’t question you do what is ordered when in the military. I never knew what went on until 1995, 20 years later and declassified. Watching TV, Sightings on the SciFi channel and there it was. The Radar room at Wurtsmith AFB, an actual film, of what had happened. I knew then what we were really doing and how scared it made me feel. I have told many people of that incident because I believe we are not alone. I have had numerous sightings of crafts in the sky that can accomplish maneuvers that no plane or helicopter or craft can perform that we humans possess. I have watched the videos of the late Phil Schneider and I do believe. We are the only country on this planet who doesn’t have an office in our government  dedicated to the research of extra terrestrial life. We have a society of arrogant ignorant know nothing’s who are too simple minded to realize that we aren’t the most intelligent beings around. I also believe that we humans don’t belong on this planet. We were genetically created to inhabit this wonderful planet. I think that our creators science experiment got out of hand and we multiplied like rats and we maybe didn’t mentally advance they way they had originally planned. So now I believe they are here and walk among us and our government knows this and have already sealed mankind’s fate. I could go on and on about how it will all end for us pee-ons. I am 60 now and am wiser and know why they won’t tell us. Thank you for listening to me. We each have to live our lives to the fullest each day because tomorrow may never happen.
.
1 October 1975 21:00
Kincheloe Air Force Base, Michigan, USA

Shaped like the letter “A”, flew directly over top of us at est 500 ft.
.
I was with my mother, she was driving southbound on I-75 from Saul Ste Marie, Ca. I looked up and saw what looked like a large letter “A” moving directly over top of us from left to right at about 75 to 100 Mph. It was approx. 500 feet above us and it had really neat lights on it, red, blue, green, bright red. It was moving from east to west. I only saw it for about 15 seconds and it disappeared. “Not quickly” I merely couldn’t see it any more because of the trees around our car. My mother and I went home and told my father (A B-52 Gunner at the time) and he “dismissed it as being an airplane”. I have since spent 10 years in the Air Force as a KC-135 In flight Air Refueling Boom operator instructor from 1986-1996, I have refueled over 5,000 airplanes in flight and have never seen anything like the craft I saw that night. I am currently a police officer in the state of Washington. I do not know anything more so contact with me isn’t needed.

SPECIAL THANKS TO M.G. FOR HER STRANGE EXPERIENCE AND INFORMATION.