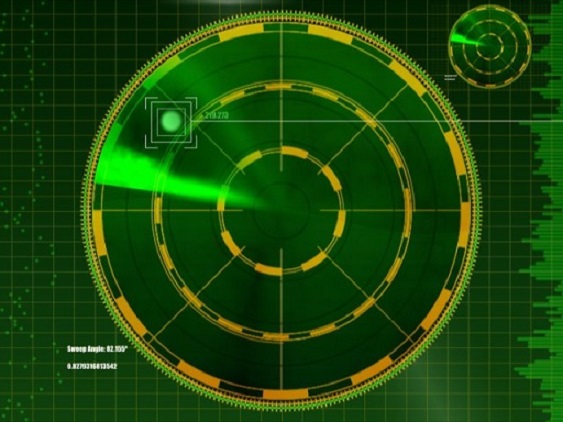 RADAR AND PILOT CONFIRM ALIEN CRAFT OVER UTAH
.
JANUARY 14, 2016   ……….   NEPHI UTAH
.
Shortly after midnight on Jan 14, 2016 a ham radio operator monitoring  frequency 127.95 megahertz overhead a pilot reporting strange light(s)  near Nephi, UT. Investigation revealed that the aircraft was an American  Airlines flight (Airbus 321) en-route from San Francisco, CA to  Philadelphia, PA.Erica Lukes (MUFON Director for Utah) learned of the sighting as she is  acquainted with the ham radio operator. The radio operator hosts a UFO  radio program titled “The Fringe.” Erica requested assistance so I began  investigation of the sighting.I wrote a FOIA request to the FAA requesting Tower logs, radar data and  voice tapes.  Preliminary analysis of these data follows:Attached is a MP3 file containing the conversation between the American  Airlines flight and the FAA.  The crew had been watching the lights for  some time before reporting.
.
1. Pilot reports a large unusual orange square of lights while flying
at 31,000 feet.
2. The radar shows a dense area of returns at the exact position and
time reported by the pilot.
3. These dense returns are well removed from radar sites. The closest
site was about 90 miles to the north at Francis Peak, Utah. The other
radar was located at Cedar City, Utah about 155 miles to the SSW.
4. These returns are not due to military operations. There are several
restricted military operations areas (MOA’s) in Utah, but Nephi is well
outside of these areas.
5. These returns are not drones. Regular drones would not be likely
detected at the long distances from the radar sites. Military drones
would be detected, but they would not be in the area.
6. These returns are likely not due to anomalous propagation. Anomalous
propagation generally starts closer to the radar antenna.
7. Birds, weather targets would not be detected in an isolated area
that far from the radar sites.
8. Radar angels are sometimes observed. These are false targets, but
there would not be that many of them that far removed from the radar
sites.
9. Of course keep in mind that the pilot crew saw a large square area
of orange lights so the radar and observation “corroborate” each other.
.
My initial report can be can read at the following link:http://www.ufosnw.com/newsite/ham-radio-operator-hears-american-airlines-pilot-report-ufo/  Myself and Utah MUFON headed by Erica Lukes are continuing our  investigation of this case.  Check the above link for periodic updates. NOTE: The above image is CGI.
.
KEN PFEIFER WORLD UFO PHOTOS AND NEWS
WWW.WORLDUFOPHOTOSANDNEWS.ORG
WWW/WORLDUFOPHOTOS.ORG
.
THANKS TO WWW.UFOSNW.COM AND William Puckett
.
.