I drive for a ride-share company. I was working Thursday night. I had been driving for a few hrs I decided to take a break. I pulled into this little park known as Richland Creek Greenway Trailhead. I stepped out of my car, lit a cigarette and walked around a little bit. I noticed a very bright light in the sky above the tree line. I was looking in an easterly direction. It appeared to be quite a distance away. At that moment I heard a sound that reminded me of a rocket burn coming from the north east. The sound was not loud. The white light kept moving closer and appeared to be traveling down White Bridge RD. heading west. I then see 3 red lights under the white light. The white light now had another white light beside it. It looked like head lights. As it is getting closer I am starting to see structure. It looked triangular. I notice a kind of warbling on what might be called the port side then the craft appeared to be more rectangular now. I am now seeing 2 rows of lights. The lights run horizontal and what appears to be a top deck and a lower deck. These lights were square and looked like LED lights. They were not flooding the area with light. They reminded me sidewalk LED lights. The craft was black. I do not know the elevation of this thing, I can say above tree line. It looked like it would have way bigger the a semi-tractor with a trailer. I don’t know what happened to the “ rocket burn” sound . I will state this. The craft was not making a sound that I could hear. This crafts rate of travel was very slow like a hot air balloon. The craft is now past me , as I’m facing toward the south it is still heading in a westerly direction , I see a small red light on the under carriage of this thing. That when I remember I have my phone in my pocket. I took the picture. I did zoom in on it.

An experienced photographer was driving in a remote area near Nashville, Tennessee on the night of July 14, 1989. He saw a light behind the trees on top of a mountain several miles away at about 9:00 PM. He stopped his car, opened the trunk, picked up two cameras, a Canon AE-1 and a Canon T-90, that had previously been loaded with film. He started walking toward the bright light. The light came over the mountain several miles away and he started taking pictures with the cameras. He noticed a coronal discharge from around the perimeter of the object. It appeared to be materializing and coming into his vision. The bright light continued moving toward him. He aimed the camera at the light and started taking photos. His first photo was taken about 30 degrees above the horizon. When the object stopped he was shooting at about 50 degree up with the object still about four to six miles away.

The photographer states, “I had a feeling that the craft was behind the mountain waiting for me and when it appeared it felt like I was in another world, the sounds were far, far away.” He looked at the object but could not see any definition, the light was far too bright and too far away. When he looked through the lens the craft was sharp and vivid. The craft was visible for more than five minutes, but less than ten. It seemed like forever. He changed the lens package from the T-90 to the AE-1 camera and continued shooting using all his film. He felt he was not in control of what was happening. He remembers constantly pushing the buttons on the back of the T-90, each time he made a change it sharpened the image. The T-90 Canon with his lens package cost $3,400.00. It has four computer chips and at the time was one of the most professional cameras you could buy when purchased in 1985.”

There were other witnesses, but they have been reluctant to come forward. They also were taking pictures, but the field around the craft interfered with the film as the craft moved away. They did not have high magnification lens so there was not enough definition to make the craft identifiable. The photographer has had a recent heart attack and an auto accident and does not want his name revealed.

The Canon T-9- was set up with a spacer, two 2-2 X multipliers and 500 mm mirror lens with five filters. The lens package was 2000 mm plus. The speed of the film using the film push process is close to 3000. The camera was set up to take scenery at a distance. The computerized camera with computer chips was set to open the aperture as wide as possible. Commander Graham Bethune. was told by Bill Sherwood of Kodak that the object photographed with this package used on the camera was about five miles distant and would be 100 feet in diameter. ASA Kodak 400 or above film was used. Push processing was ordered when developing the film. FILM ANALYSIS Analysis of the film shows unusual colors not normally seen in any lighted object. The colors indicate a coronal discharge similar to the Aurora Borealis (Northern Lights.) The photographs show a craft with approximately 32 red, white and blue perimeter lights. These lights are not used in normal aircraft configuration. At times they appear all red. At other times they are all white. Sometimes outer perimeter lights appear mixed in color indicating they may have the ability to change color. 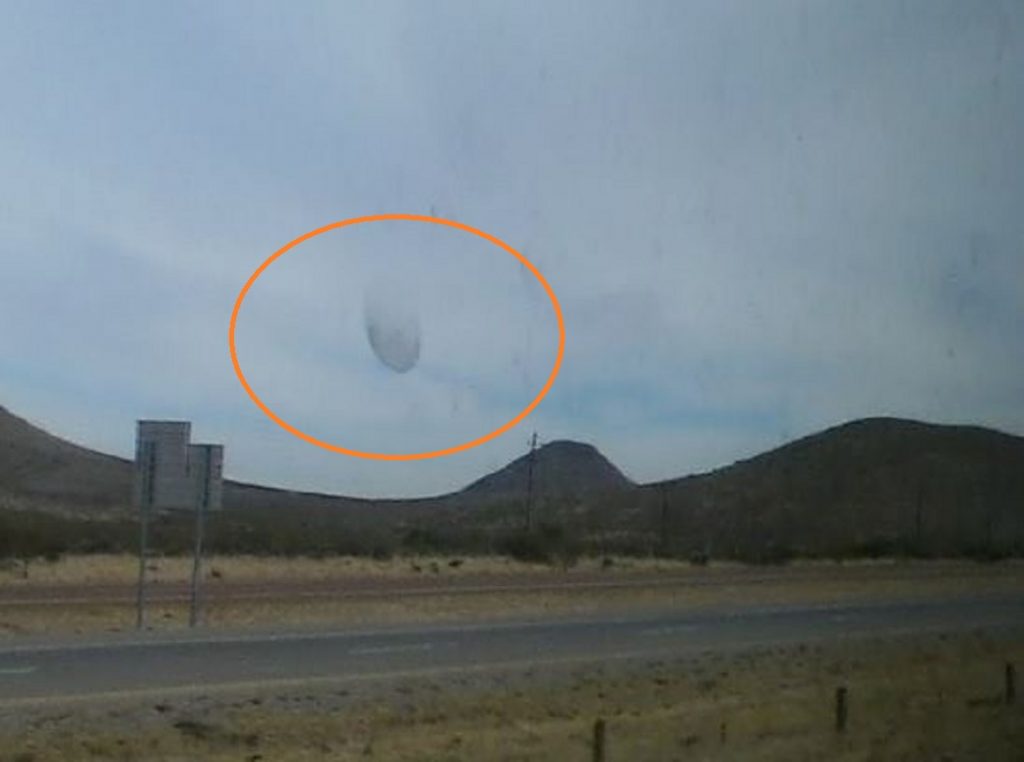 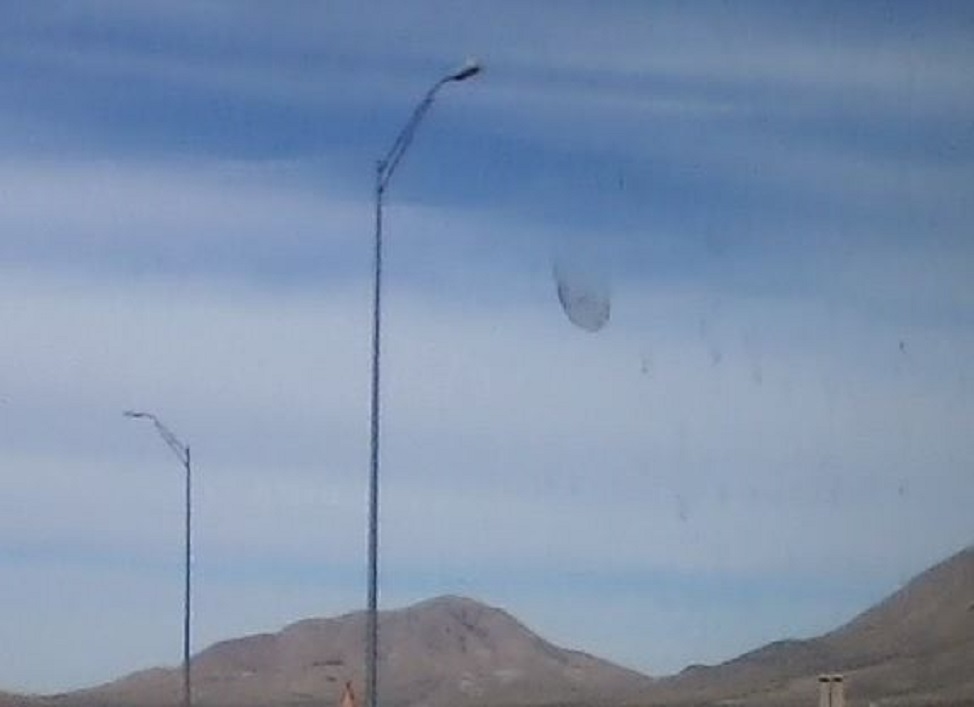 GREAT ALIEN CRAFT PHOTO TAKEN OVER TENNESSEE
.
JANUARY 15, 2016   ………..  MANCHESTER TENNESSEE
.
My wife and I both at night and in daylight have seen multiple bizarre craft /we thought it was from the underground Airforce base /my family moved here in 30s to work on a bomb at oak ridge then to the base here to work on flying wing for Northrop )so we didn’t think too much about them other than it was interesting. I am an engineer and what we saw and filmed tonight was so close we were mortified. It appeared to change shape and had bizarre lighting and left lights drop then vanish from what appeared to be the center lower portion. It emitted localized beams at homes near us( they didn’t go all the way like light.. It had a place the light STOPPED) my wife ran inside and I filmed and photographed it and had her load firearms as we were afraid it could be up to something nefarious. Nothing behaving in this manner ISNT. The final photo after zoom on iPhone and crop is (seriously) a silver disc with a dome top like a hat. It’s not anything like the delta wing three globe light craft we witnessed at dusk 2.5 story height.   This is something beyond what AEDC is working on. I have never reported before// I have a notebook of drawings of everything we’ve seen and this one is like something from a movie.
.
KEN PFEIFER WORLD UFO PHOTOS AND NEWS
WWW.WORLDUFOPHOTOSANDNEWS.ORG
WWW.WORLDUFOPHOTOS.ORG
THANKS TO http://www.latest-ufo-sightings.net
.
.