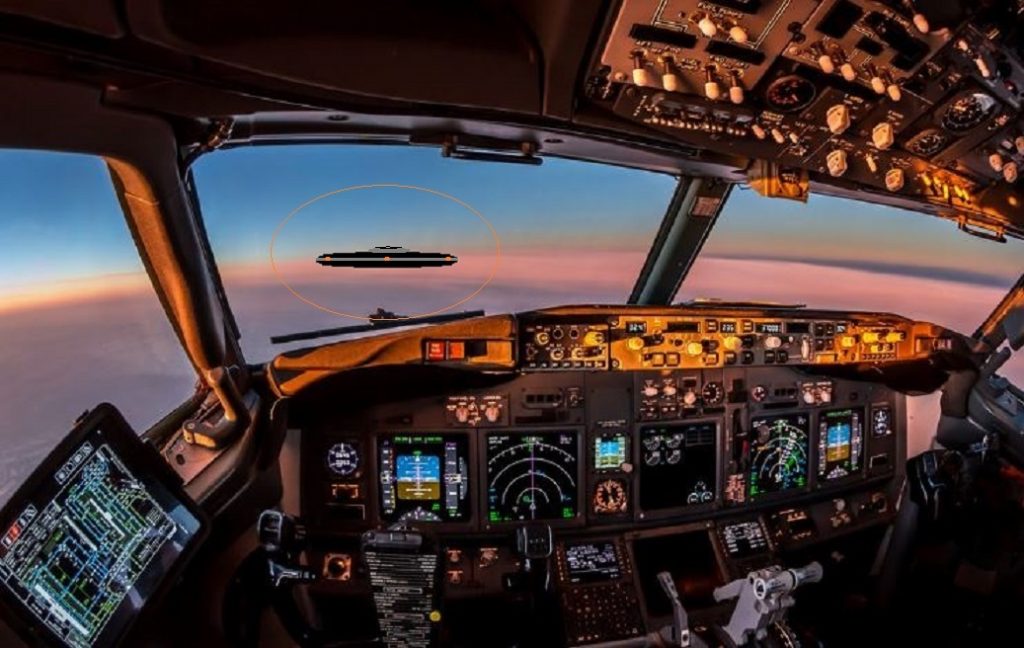 Cold-War era incident that occurred in October 1982. It involved an American RC-135 spy plane that, while monitoring Soviet military operations, came under some kind of surveillance by a large, unidentified and brightly-lit aircraft. The USAF base detailed in the report was located at RAF Troodos on Cyprus, and discussed an incident involving an unidentified aircraft which lasted close to 90 minutes.This is particularly intriguing to me, as I have a story that  to a degree  is somewhat similar to the one which Micah refers to. It’s a case that also revolves around both U.K. and U.S. authorities. The location is the same: Cyprus. The UFO, in both cases, was described as being large. And, the case brought to my attention occurred in the summer of 1981, just one year before the case referenced by Micah. Also, both UFOs were in view for a considerable amount of time. It’s important to note that I can’t be accused of having fallen for a modern-day hoaxer, as the story was given to me years ago. In fact, it takes up three pages of my first book, A Covert Agenda, which was published way back in 1997, a full twenty years ago.For a period of time beginning in 1981, the source of the story was employed as a radar operator at a particular military facility on the island of Cyprus (RAF Akrotiri).
.
On August 16, an unknown vehicle, described as being vast was tracked approaching the island at a height in excess of 30,000 feet, and at a speed of around 900 miles per hour. It was initially believed that this was a conventional aircraft, although one of an undeniably extraordinary size. This tentative conclusion was quickly blown out of the water, however, when the UFO came to a complete halt in the skies  hovering high above RAF Akrotiri for close to an hour. Those who saw it described it as being of a brilliant white color, triangular in form, and somewhere in the region of seven hundred feet in length.Interestingly, the informant  who shared his story with me on January 12, 1993  revealed that at some point before the incident took place, the Ministry of Defense had issued what was described to me as a complete stand-down of military planes in the area, in the event that something both unusual and extraordinary might be seen in the sky  which it certainly was. Reportedly, a huge amount of photographs of the object were secured. They, and the station’s log-book, were handed over the next day to a man and a woman from the Ministry of Defense, and who had flown in from London. All those involved in the curious affair were reminded they had signed the British Government’s Official Secrets Act.
.
It’s interesting to note that, soon after, according to the informant, a meeting was held at a U.K. military facility called Royal Air Force Lakenheath, located in the English county of Suffolk. Those who attended the classified meeting, specifically to discuss the event, included representatives of the British Ministry of Defense and the U.S. Air Force Office of Special Investigations.There’s no doubt that the most baffling part of the story revolves around the claim that the MoD seemed to have prior knowledge that the UFO would appear in the skies over Cyprus. In light of this, I asked the guy who who related the story to me if he had pondered on the possibility that the object was not a UFO, after all, but some kind of secret, highly-advanced aircraft of a terrestrial  rather than extra-terrestrial  nature. Given that the craft hovered over the base for around three-quarters of an hour and was around 700 feet in length, he felt that such a scenario was highly unlikely. But, he admitted that he had no answer as to how the MoD knew the craft might appear. After A Covert Agenda was published, Mark Birdsall, the editor of Eye-Spy magazine informed me that he had received a near-identical story years earlier. Maybe, in light of all the above, we’ll soon learn more about what was afoot in the skies of Cyprus in the 1981-1982 period.  NOTE: The above image is CGI.
.
KEN PFEIFER WORLD UFO PHOTOS AND NEWS
http://www.worldufophotos.org
http://www.worldufophotosandnews.org
http://www.kenpfeiferdiscoveries.com
http://www.mysteriousuniverse.org 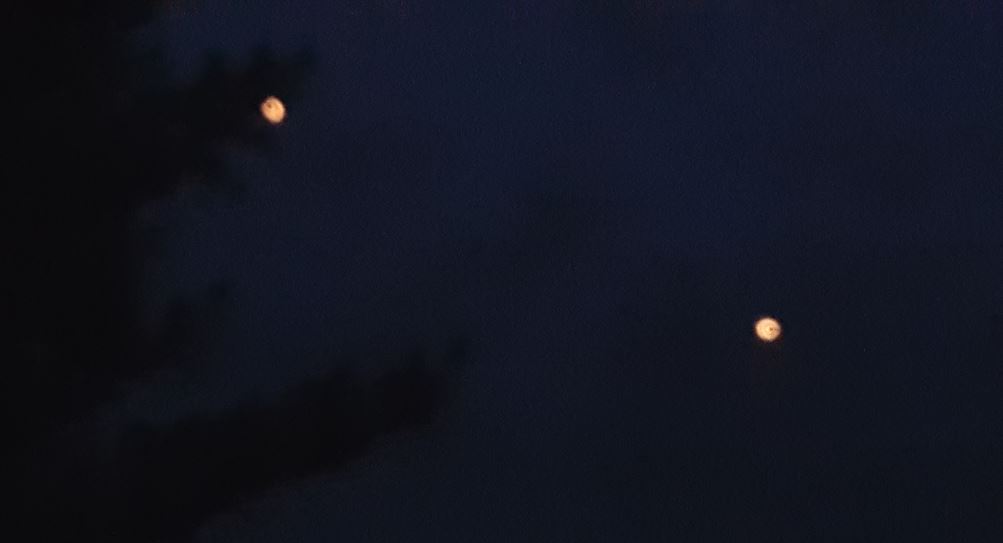 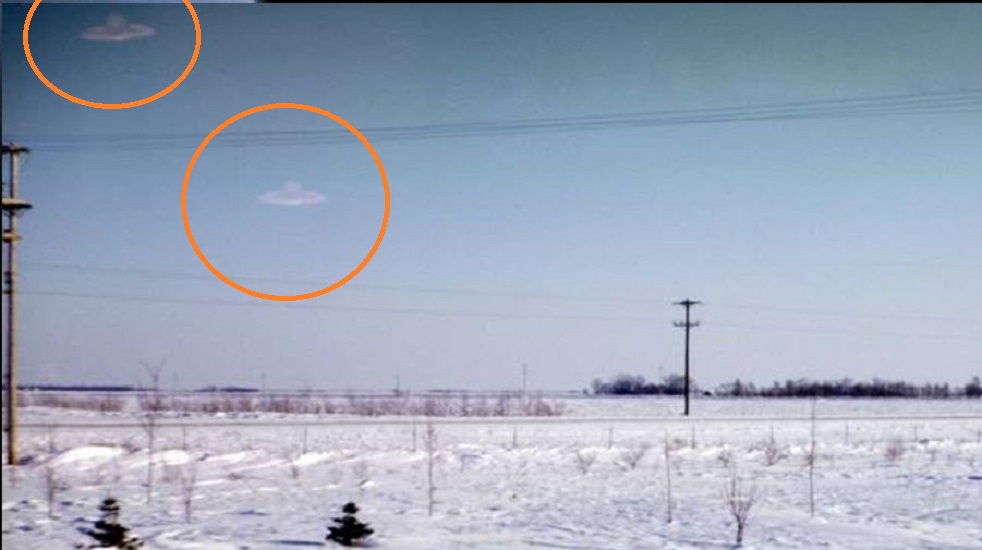 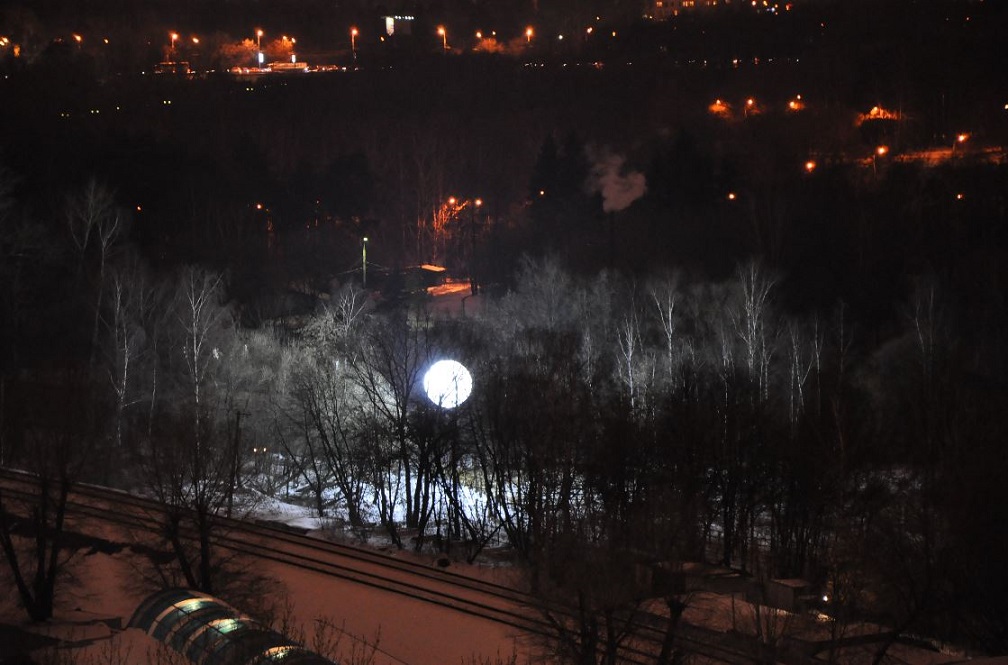 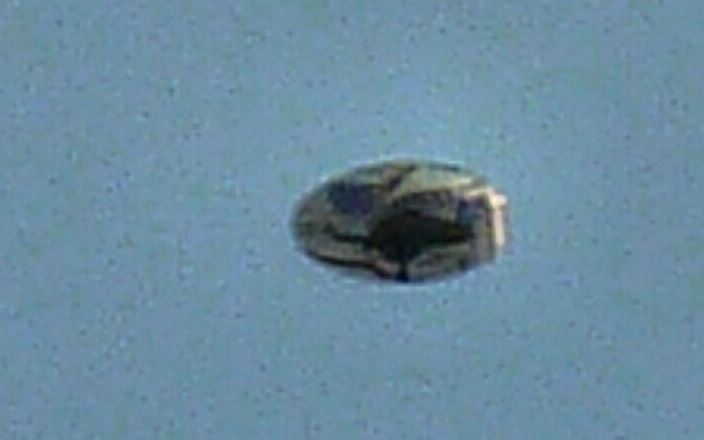 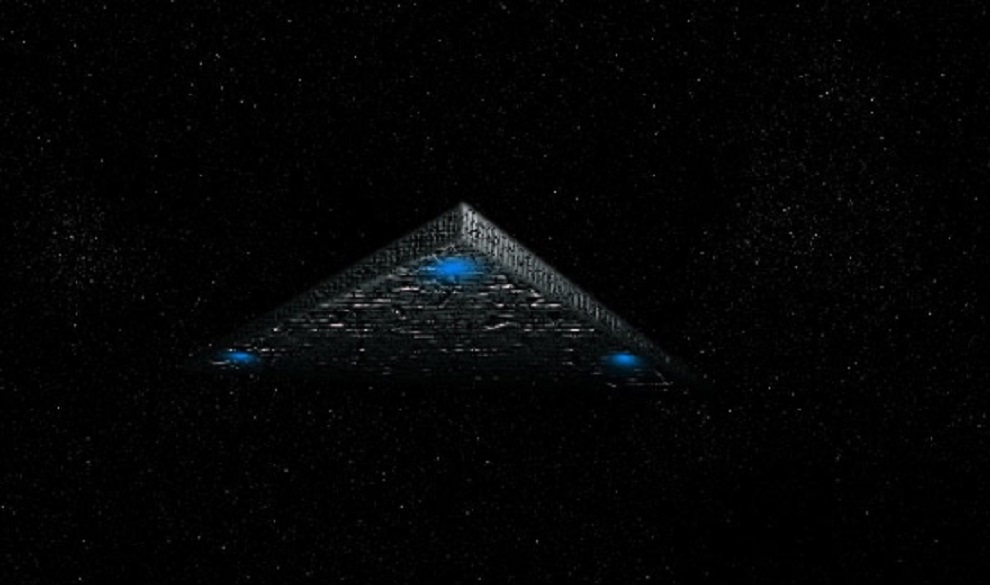 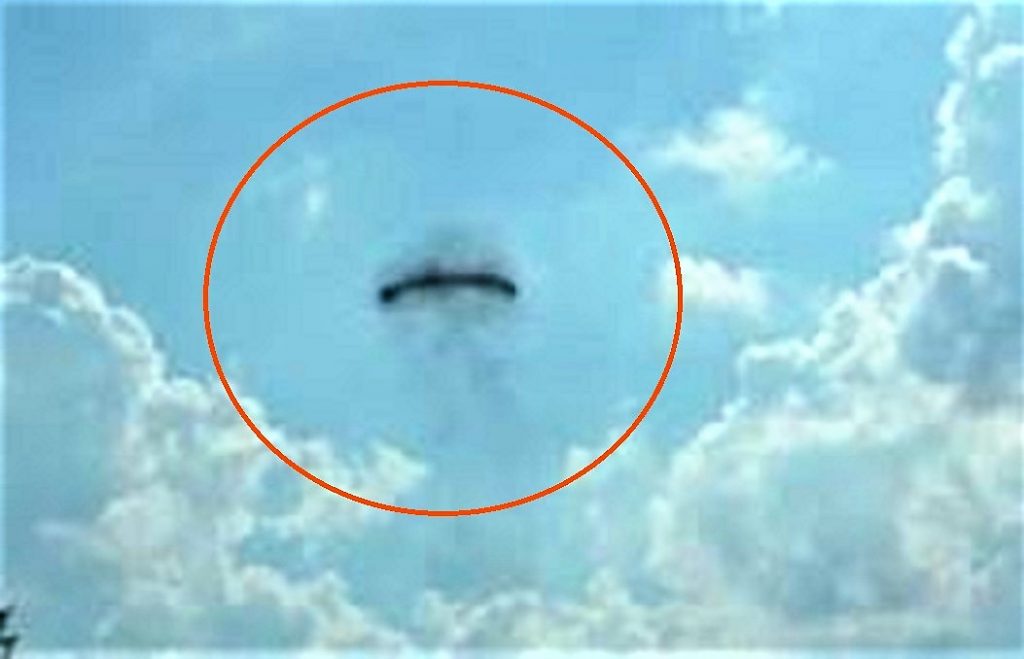 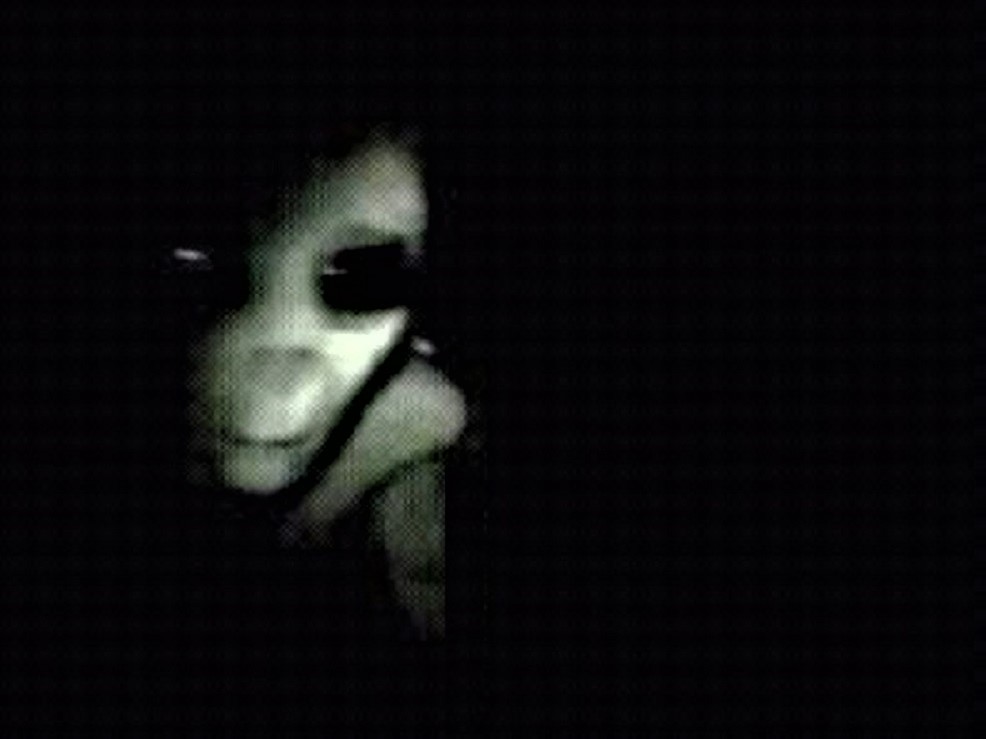 Hauptstuhl, Rheinland-Pfalz, Germany … I suffered a headache at around 11:00 pm so I decided to go to bed. I entered my bed room and my head began to feel heavy and eyes began to hurt with a intense pain. I got into bed and almost instantly I fell asleep. What seemed like seconds later I heard the TV and the Play Station 4 turn on down stairs. Upon hearing this I thought maybe my wife was home from work. I realized that couldn’t be possible because she didn’t get off until later that day. Fully aware of what was going on (but obviously still tired) I tried to get out of bed but found myself unable to move at the slightest. Sleep paralysis had been common for me throughout life so at first I wasn’t too worried but this was different. I began to panic and try to force myself out of this paralysis but every time I used energy I heard a voice inside of my head tell me to stop moving and sleep. I knew the voice wasn’t my own because at the same time I was talking to myself in my head (almost yelling) saying “wake up now!” This battle with the other voice, that almost seemed to control me went on for about 15 minutes until I finally had enough. I said a quick prayer and promptly rolled over onto my back trying to catch my breath when suddenly I saw it! Please be aware: the incident below happened in a matter of seconds so I am trying to describe as best as possible. Directly in front of me on my window sill was a small figure. If I had to estimate it was maybe 3 feet tall. I did not see any eyes because the room was pitch black, but the silhouette of the figure was clearly visible because of the light that shown through the blinds. I believe it had its back towards me, one hand was raised and there was a bright blue almost white light that was casting through the window onto it. A quick flash was emitted and the being was gone, almost instantly that the being had left that my headache, eye pain, and fatigue also left. This experience has truly, truly changed my life. I have had other incidents in my life that now that I look back on after doing more research I believe we’re other visitations and or abductions. I appreciate you taking the time to read this and if anyone could offer me help or insight, I’d be very grateful. – MUFON….NOTE: The above image is CGI.

Thanks to http://www.phantomsandmonsters.com cased files 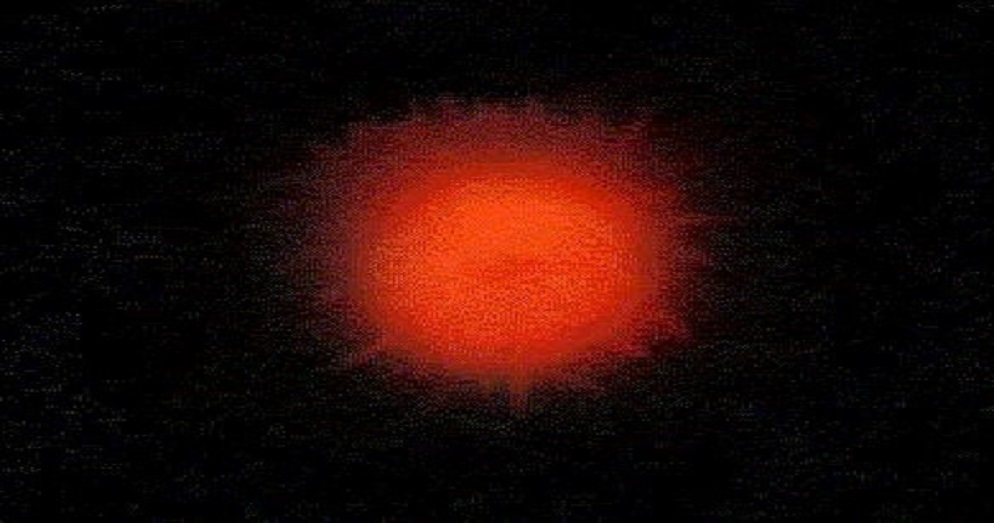