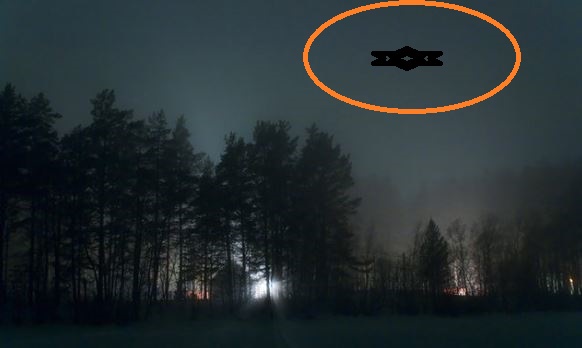 STRANGE SILENT UFO ENCOUNTER IN CALIFORNIA
.
JANUARY 7, 2016  …………  LEMOORE CALIFORNIA
.
I’m in the aviation field and I spend most of my time outside on night shift. Please note that I do not want to be contacted nor can I give anymore details about myself or what I witnessed due to security reasons. Thank you for understanding. Last night, 07jan16, between the time of 19:40-20:00, I witnessed something that I can not explain. During my usual shift, I have a lot of down time between flight schedule where I like to relax and look for shooting stars. We have a really good view of the stars because of the lack of light pollution in this particular area. It was on this precise occasion when I had my sighting. As I was watching the skies which I do periodically every single night during my shift, I observed a giant black SILENT object of some sort that seemed to be gliding. The object was heading north to south at a steady speed. It took approximately 10 seconds from the time I noticed it directly above me until the time it disappeared over some buildings I was standing close to. The runway was NOT being used at this moment so there was no noise coming from any equipment, airplanes, and absolutely no noise from the object. The usual (and only) type of aircraft we have at this location are extremely loud, even at cruising speed. Another bizarre thing to note was this object had no identifying lights. That would be a disastrous idea to fly in this particular airspace with no lights and would mean instant response measures and highly against the law. After my sighting, I was dumbfounded. I told another coworker about what I saw with excitement and since we still had lots of time to spare before we had to get back to work, we watched the skies together for this mysterious object. Sure enough, about 15 minutes later it reappeared in almost the exact same flight path as before, but this time it was moving slower and at an arc going north to southwest. I sighted it first and pointed my coworking in the direction and this person saw it as well. This sighting took approximately 30 seconds. It was not witnessed again. We have no idea what it was because it appeared to not have any engines due to its silence nor any positioning lights. I would estimate that it was between 150-200 feet wide, gliding at an altitude between 500-1000 feet. The night was clear at this particular time with a full view of the stars. The reason I noticed it at all was because it faintly reflected light from our location off of its belly, it was a slightly different shade of black than the sky behind it and it blocked out the stars as it glided. I wish I could give more reasons as to how I know it wasn’t from where I work but I can’t. All I can say is it’s NOT from this location nor was there any indications that anyone else knew it was flying over. We did not report our sighting to anyone in charge for fear of ridicule.
NOTE: The above image is a rendering.
.
KEN PFEIFER WORLD UFO PHOTOS AND NEWS
WWW.WORLDUFOPHOTOSANDNEWS.ORG
WWW.WORLDUFOPHOTOS.ORG
THANKS TO WWW.MUFON.COM CASE FILES
.
.