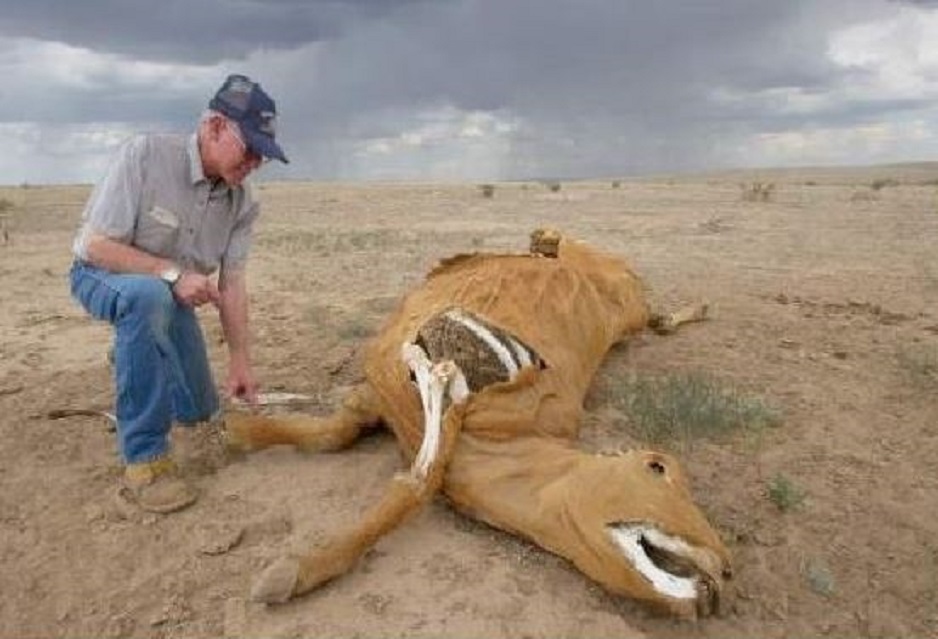 Flashing lights and mysterious movies are creating waves and catching attention virtually everywhere as UFOs are becoming the eye candy. However, believers appear to be lesser in number when compared to disbelievers. Every time an apparent alien being observed in the skies, there is always a debate of whether they are indeed UFOs or just birds and ordinary aircraft.  Ben Mezrich latest book “The 37th Parallel” could likely make waves in the UFO community. According to Mezrich, cattle mutilation is one of many pieces of evidence about aliens.  He wrote that there had been more than ten thousand horses and cows have been found without life and mutilated over the past seventy years. These mutilated animals usually left lying on their sides with organs being removed through what Mezrich describes as precise, circular wounds.  Most mutilated animals have missing lungs, tongues, eyes, and hearts. And, according to Mezrich, this isn’t even the worst part. Nearly all carcasses have been recovered completely drained of blood, Mezrich wrote.  As a third-generation cattle rancher in Colorado, Tom Miller knows a lot about raising cattle.  What he doesn’t know is what has periodically been mutilating and killing selected animals in his herd since 1999.  “There’s so many things I don’t understand about it, and no one seems to be able to explain it either,” Miller says on the Sept. 4 episode of the “The Unexplained Files,” a Science Channel series airing Wednesdays.   Thousands of cattle mutilations have been reported in the U.S. since the early 1960s, but Miller was still shocked when it began happening to his herd 14 years ago.  “First, I thought [the cow] had died naturally, and then I got closer to it and I could see it wasn’t natural,” he said. “The eyes were gone, the tongue was gone. The ears were gone. The sex organs were cut out. It was just kind of weird.”  Miller remains perplexed about other aspects of the mutilations as well: The animals are cut with precision, like with a laser, and there has never been a trace of blood around the animals or body parts strung about.

28 thoughts on “MYSTERIOUS CATTLE MUTILATIONS BY ALIENS ARE REAL”