ALIEN CRAFT PHOTOS FROM BRISBANE AUSTRALIA
.
OCTOBER 16, 2016  [ 7.30 PM ] ……… BRISBANE AUSTRALIA
.
UFO Sighting of pill shaped Red and white cylindrical (pill shaped) object over Brisbane Australia, during full moon rising of October 16, 2016.  Recorded on unmanned time-lapse video and later discovered upon viewing of the digital images (12 sequential frames from 559 600 shots).   Initially I assumed this to be an aircraft.  Several lights appear during the time-lapse (total play time of 11 seconds) – I have not yet closely examined the others. NOTE: As has been the case previously when I recorded such footage – the camera (Panasonic Lumix FZ1000 bridge camera with Leica zoom lens) which was set to MANUAL focus, mysteriously lost focus near the end of the recording, (and in one frame of this sequence) then regained focus once the object had left the area being recorded.   This object was descending on a steady flight path angle from left to right, as would an aircraft. My question over this being merely a commercial aircraft, is that it doesn’t appear to be a case of motion blur; rather an evenly halved red and white body.   Also; if it was an aircraft heading from my left to my right towards Brisbane International airport, from my vantage point on the west side of Brisbane (about 20KM from the CBD); why then do I see it as a well lit, thick cylinder instead of just what I would normally see from a conventional aircraft of wing-tip lights as it passed side-ways to my viewing perspective – NOT bright lights as it would be if facing my direction?   I further speculate that even if it was the cabin lights from windows; it would appear on film as only a relatively thin band of white lights – not the full height of the vehicles fuselage.  Also; there would be no red colour on the full side of same to leave this image as an equally distributed red and white object, and certainly would not start and end as a rounded curved shape as it does.   I have a good degree of photographic knowledge, as I was a professional photographer for over 30 years.   This is not the first unusual sighting from the same vantage point of my house.
. 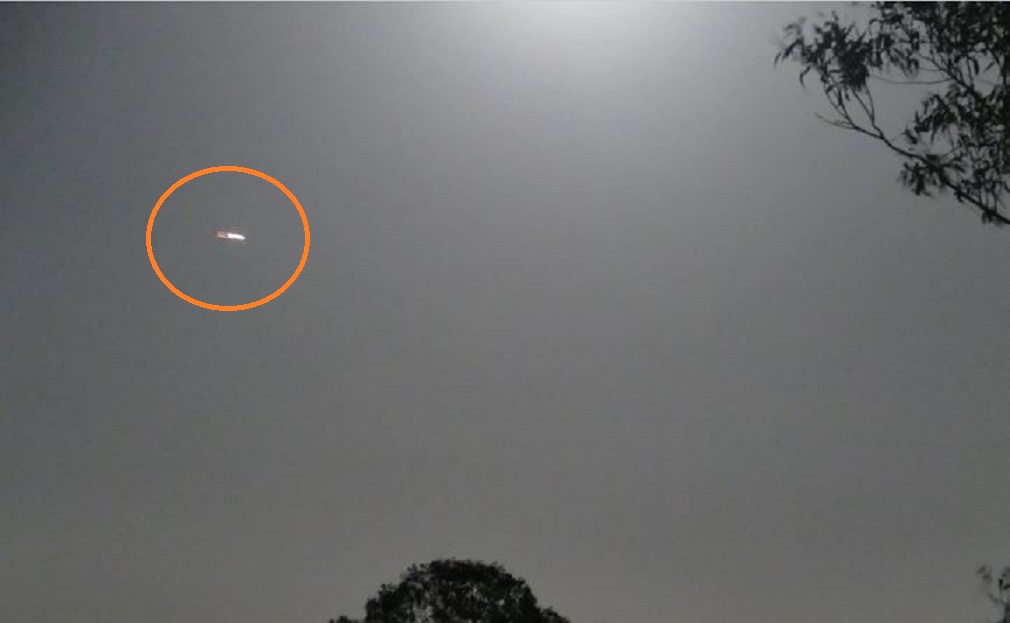 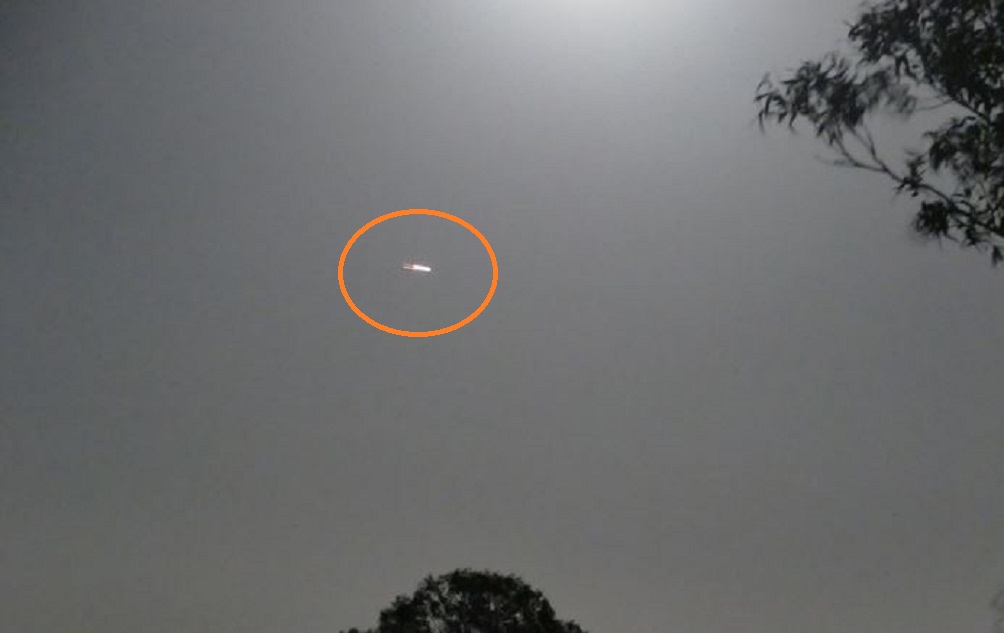 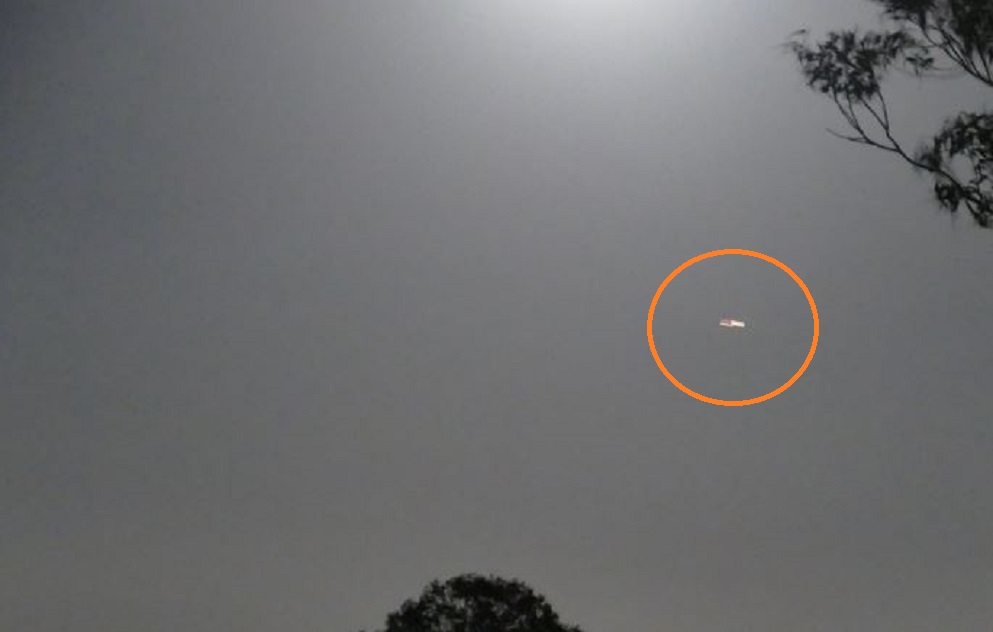