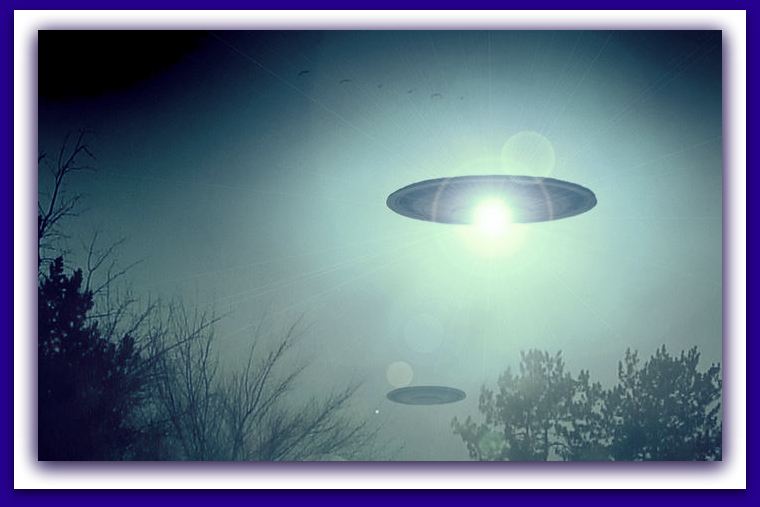 Large, discus shaped object, silently hovering 60-70 ft AGL in front of my home. Surface smooth, & glowing orange-white.  I came out to close my garage door when I noticed an orange-white glow directly across the street from my house. I stepped to the garage doorway and saw a discus-shaped object silently hovering about 60-70 feet AGL. The object was approx 60 feet in diameter, and 20-25 feet thick from top to bottom, and the body occulted the star field and sky behind it. The distance to where the object was hovering from my house was approx. 150 feet. The front door of my house faces south (180 deg.).  The glow was not very bright, and appeared to be radiating from the surface of the object.  There were NO other anti-collision or navigation type lights as required by the FAA. The overall surface texture appeared to be smooth with no observable windows or excrescences, such as antennas, air intakes or engine cowlings.  I immediately walked into the house to get a cell phone to shoot video. I told my girlfriend about the object, as I went to the front door of the house. The garage and front door are side by side. I stepped through the door and re-acquired visual on the object, which had not moved. As I lifted the phone to begin video, the object silently accelerated away to the SW, disappearing in 1.5 seconds. There was no engine sound or rotor sounds such as a helicopter would make.   My longest time observing the object was in the garage, which lasted for 20-25 seconds. In that time I went through the momentary shock of seeing an object of this size, shape, and lack of engine noise hovering just above the power lines. Once I grasped what I was observing, I began to look at the details and structure of the object.  I have been around aircraft and aviation since I was a child, and can recognize almost any modern aircraft, including kit planes, helicopters, military aircraft (including RPV’s), and commercial jetliners. I have 2,700 hours time piloting single-engine aircraft with an instrument (IFR) rating. In my entire experience, I have NEVER observed an aircraft this shape, size, or configuration. And I have NEVER observed an aircraft silently accelerate from ZERO to what had to be multiple Mach speed and leave no sonic footprint.  There were no other aircraft nearby, overhead, or with the object. The nearest airport is KPGD ( Punta Gorda ) approx. 12 miles away to the SE. Conditions were CAVU (ceiling and visibility unlimited), with a clear star field.