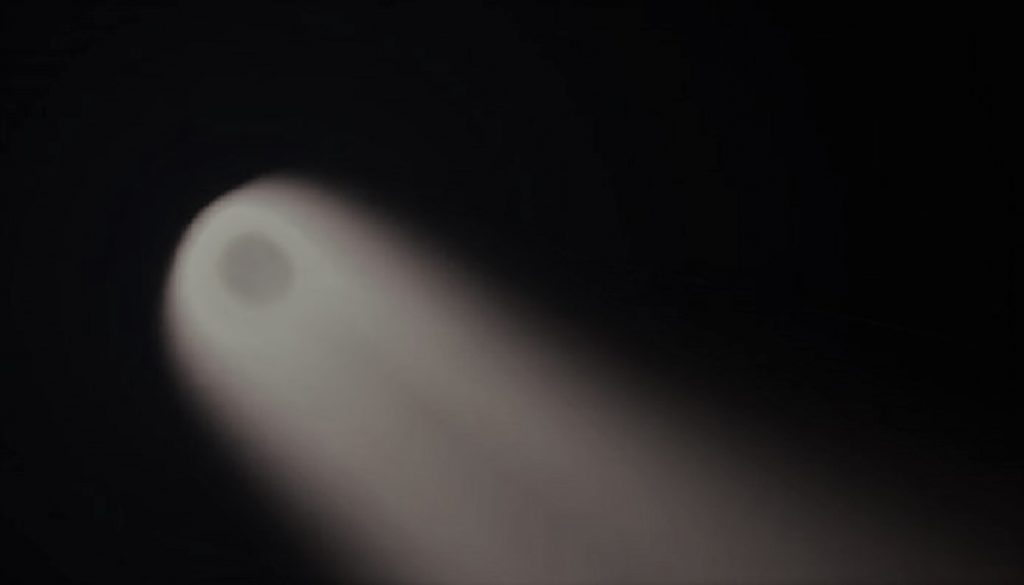 On Thursday July 14, 2016, at around 11:30 pm, I went outside for one last cigarette before bed. It was a beautiful clear night, so I was staring at the stars at the time of the sighting. I also would like to note I live in a lightly wooded rural area.  I suddenly noticed a single bright object coming from the east heading west directly over my neighbors’ yard. It appeared from behind a cluster of trees and passed over my neighbors’ house, before then disappearing behind a wooded area on the opposite side.  There were no trees behind the house, so I had a good visibility. The house was roughly 80 yards from my porch. The distance between the two clusters of trees would be roughly about 100 yards. It was flying slightly below tree level, which I would guess to be about 30-40 ft. I lost sight of the object after it disappeared behind the trees, and out of my view.  The object appeared to be a basketball size sphere, with a silver glow to it. It also left a trail behind it, also silver, that I estimated to extend roughly 7-8 ft behind the object. It wasn’t extremely bright, more dimly lit I would say. It did not illuminate the trees or the ground it passed over. It was also moving very quickly. If I would have blinked, I might have missed it. I would say it cleared 100 yards in about 3-4 seconds. I also did not notice any noise coming from the object.  After the sighting, I was in shock over what I had just witnessed. What shocked me the most is how low to the ground it was flying. I hope someone may be able to shed some light as to what this object was.  NOTE: The above image is CGI.