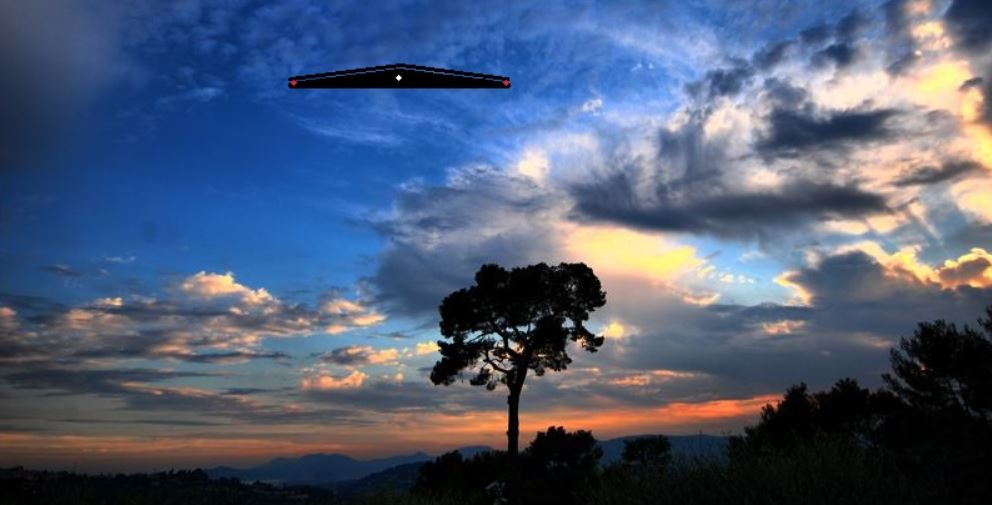 I was in my vehicle travelling down to do some shopping when I noticed what appeared to me to be a metorite entering earths atmosphere, almost looking like a rip in the sky.   I immediately headed to the heighest piont close to me, it took 30 to 40 secs to get there. When I arrived I could no longer see the meteorite.  Instead I saw a huge triangular shaped craft banking to the southwest .  It had three orange red orbs on each corner and a 4th light around middle of craft.   It slowly hovered away in southwest direction.   I believe the craft was 1-2 km in size and I base this on the fact 3 weeks earlier, I had taken my kids up to the exact same spot to watch water bombing helicopter putting out a bushfire.   The helicopter was in the same position as craft and I estimated I could have put 50 and 100 helicopters into the room this trianglular craft was taking up.  NOTE: The aboe image is CGI.