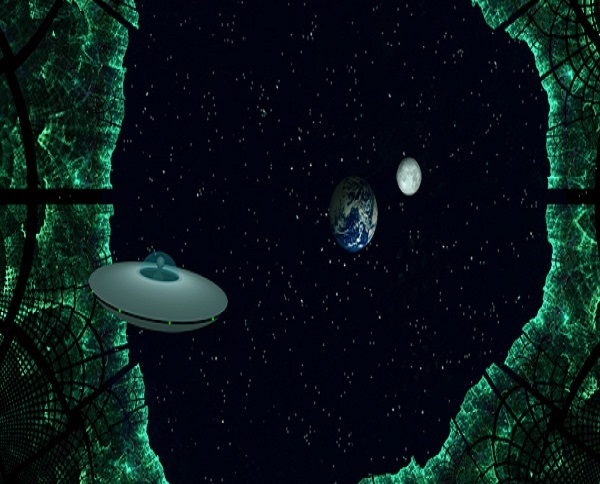 In the early hours of 3rd September 1976 in Bethel, Alaska (a place with several previous UFO encounters to its name), the anonymous witness, a young woman, was walking on the tundra-like land when she suddenly heard a “very high-pitched whine” coming from above her. When she tilted her head, she could make out what she thought was a “white beach ball”, moving smoothly through the morning sky, although relatively close to the ground.  Suddenly, the object shifted its position and tilted slightly. She could now see clearly that it was a disc shape with a rotating middle section that appeared to be made from shiny platinum-like material.  As the witness remained still and watched this shining craft, she noticed it suddenly began on an arced trajectory before heading straight back to the ground. Bracing herself for the object to hit, the witness was more than confused when it simply disappeared. As if the ground itself had simply swallowed the object whole. As soon as the craft vanished, the intense whine ceased. After several moments, the witness walked over to where the object had “come down”. To her amazement, there was nothing to suggest any kind of collision. Nor was there any markings to attest to the object’s presence.  Incidentally, in the weeks that followed the incident, the witness would claim to suffer from strange and intense dreams. Even more bizarre, she would claim some of these “dreams” would result in out-of-body experiences. During these apparent astral projections, she would find herself roaming through large corridors. At the same time, “large objects” hung above her, as if “suspended in space”. These objects were of fantastic size and shapes, and all glowed brightly.  NOTE: The above image is CGI.

Thanks to https://www.ufoinsight.com and Marcus Lowth