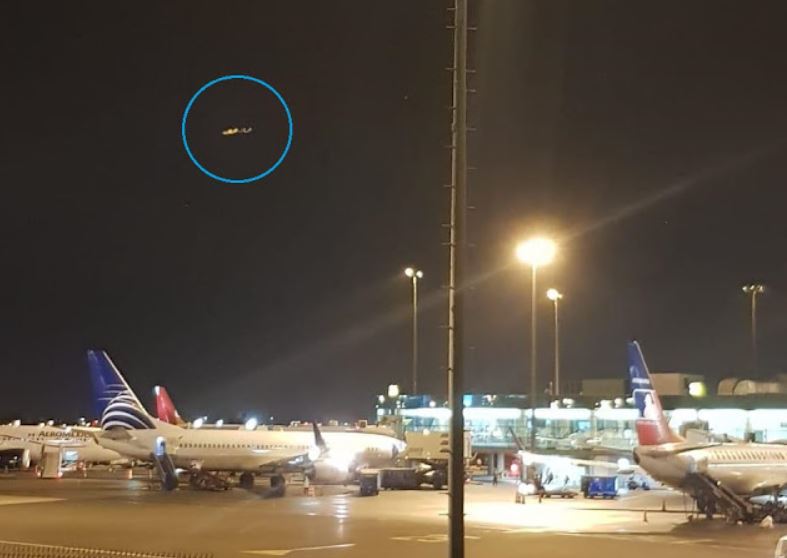 According to Peruvian media reports on February 27, 2019, two UFOs were sighted over Jorge Chávez International Airport at 0630 UTC and they remained for almost an hour over the Lima sky according to official information from the personnel of the control tower of the airport. Flights were delayed due to UFOs sighting.  The staff of the Peruvian Corporation of Airports and Commercial Aviation ( Corpac ) witnessed the UFOs over the airport and even videotaped and photographed. Corpac issued the official report, and it is the first time Corpac provides a detailed report on UFOs over international airport.  According to the report, witnesses reported two UFOs over the main airport on February 27. In addition, they detailed that the objects remained for approximately one hour over the airport.  The events occurred at dawn on Wednesday, February 27. The control tower workers said that the UFOs were positioned on runway 33. According to information, the UFOs were also seen by the ground crew of two planes that covered the Lima-Córdova and Lima-Quito routes.  One of the unidentified objects appeared for a few moments on the radar, but moments later, both disappeared from the view of the airport staff.