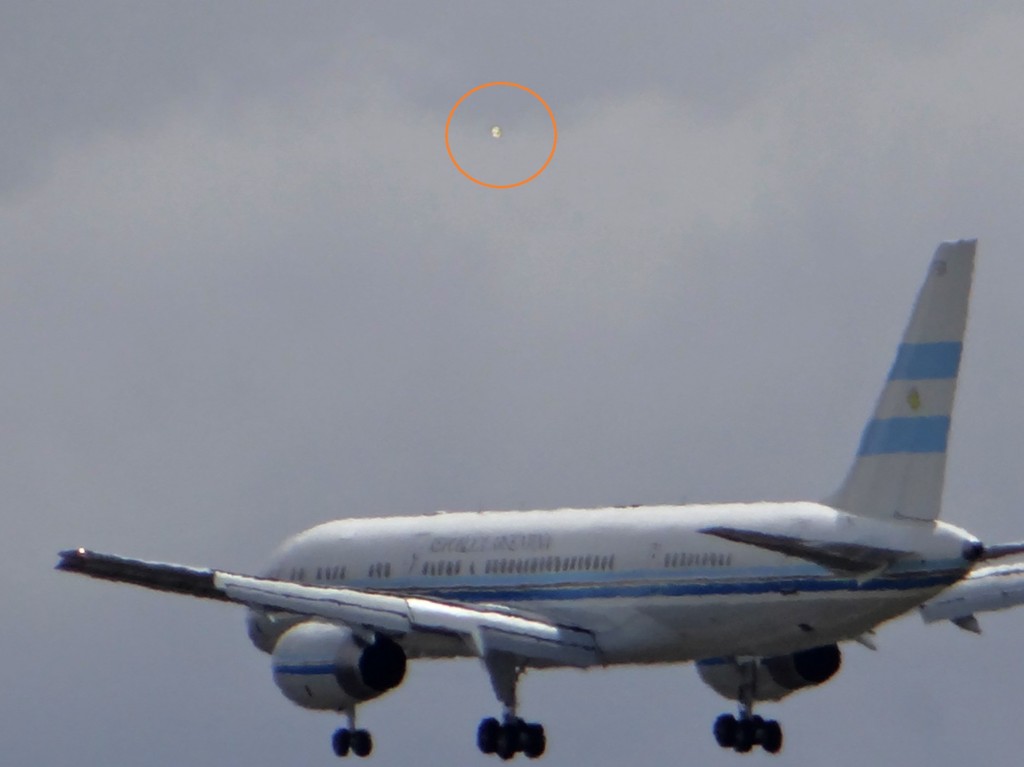 PRESIDENT OF ARGENTINA’S PLANE SHADOWED BY A UFO

I am a Captain and  retired Air Force from Argentina. On December 20, 2012  I was with my family on the coast of Rio Gallegos (Gallegos River is in the province of Santa Cruz in southern Patagonia in Argentina) and missing about 20 minutes for 16 hours. We were located on a platform with an old shell of a house and the street below through it waterfront, behind us about 50 feet in a basin circular parking was another couple with a young, and beyond was also back our the old wooden dock about 200 meters. Next to us was the left and right coast road about 40 meters the iron fence that overlooks the beach and is built on the breakwater. We were facing west and in front of us had people running and exercising, a police car parked about 100 meters and other parking darsena directly overlooking the beach. A man was standing beside of a white car limited by some orange traffic pines and several tripods with photography or video equipment in them, I remember it well because we thought they were filming a documentary. At that moment we heard a plane and get my wife had the camera in hand, ready to take his picture, but my son caught our attention for us to look toward the west, above the river were two lights coming towards us about 200 meters high very quickly, at first I thought they were fighters. We were looking at the front and the other people who were also in the round darsena were watching. In seconds the lights came up to where we were and went above the plane that was landing. 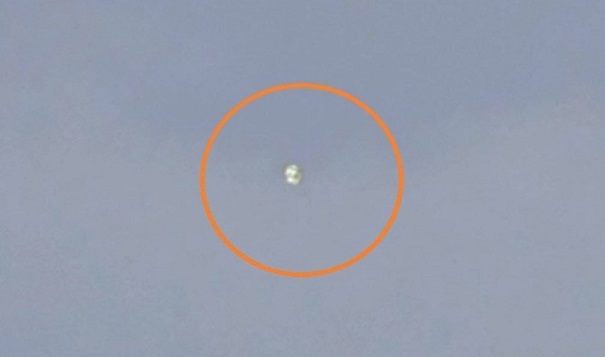 This aircraft was the Tango 01, the plane of the President of Argentina. We continue to view the lights, they looked the same as organic and mother of pearl, one came later than the other, the former made a turn down and was stopped just 10 meters above the water, my two sons ran to the iron fence for a better view on the beach and there were two fishermen who were pointing. The light was stationary and had become more opaque. The other made a wide turn light behind us and the city and turned toward the plane that had flown over and was almost on the coastline, two people who were running saw this. This light was put on the plane and moved on the calculation that about 500 meters, there my wife took the picture I attached to this report and which I made some homemade filters, also attached. Then this light went out and we did not see it.  The other was on the water also disappeared. Among our family, the other family, fishermen and runners at least 11 people saw this, the two lights did not seem solid but rather organic and changed its brightness and at times seemed more elongated. The concrete is moving at enormous speed difficult to visually track, my humble estimate is about 800 kilometers per hour. I can not say they were UFOs because I had never seen anything like that in flying form, but it sure was something totally new and totally impossible to be a man-made technology for its speed, the turns without stopping and in fact stay still air, these lights were smart moves. We do not hear any sound, no nothing, all lasted less than a minute and days later we learned that a man had shot the plane and that the lights had appeared in the video, we assume that it was the man in the white car. I tried to reach him but the line went dead several times so I gave up. Publish this now because I read several profiles on the Internet in which is said that what happened that day was the moon, or a satellite, or a reflection in the camera that took the video, all of that is a lie.  GOOGLE TRANSULATION.