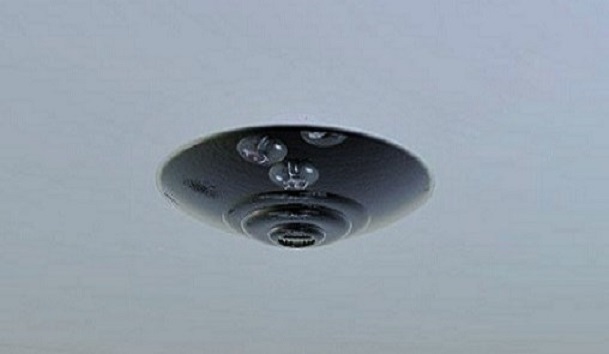 This encounter occurred in 1971, while aboard the aircraft carrier, USS John F. Kennedy CVA-67 (now CV-67) in the Bermuda Triangle. I was assigned to the communications department of the Kennedy and had been in this section about a year. The ship was returning to Norfolk, VA after completing a two week operational readiness exercise (ORE) in the Caribbean. We were to stand down for 30 days, after arriving in Norfolk, Virginia, to allow the crew to take leave and visit family before deploying to the Mediterranean for six months.
I was on duty in the communications center. My task was to monitor eight teletypes printing the “Fleet Broadcasts”. On the top row were four teletypes each printing messages from four different channels. On the bottom row were four more doing the exact same thing except the signal was carried on different frequencies. If one of the primary receivers started taking “hits” I would be able to retrieve the message from the bottom one. I also notified Facilities Control of any hits so they could tune the receivers. On the other side of the compartment(room) was the NAVCOMMOPNET (Naval Communications Operations Network). This was the Ship to Shore circuit with the top teletype being the receive and the bottom as the send (known as a duplex circuit). Next to this was the Task Group Circuit for ship to ship communications (task group operations or TGO).
It was in the evening, about 20:30 (8:30 PM) and the ship had just completed an eighteen hour “Flight Ops”. I had just taken a message off one of the broadcasts and turned around to file it on a clip board. When I turned back to the teletypes the primaries were typing garbage. I looked down to the alternates which were doing the same. I walked a few feet to the intercom between us and the Facilities Control. I called them and informed them of the broadcasts being out. A voice replied that all communications were out. I then turned and looked in the direction of the NAVCOMMOPNET and saw that the operator was having a problem. I then heard the Task Group operator tell the watch officer that his circuit was out also. In the far corner of the compartment was the pneumatic tubes going to the Signal bridge (where the flashing light and signal flag messages are sent/receive). There is an intercom there to communicate with the Signal Bridge and over this intercom we heard someone yelling “There is something hovering over the ship!” A moment later we heard another voice yelling. “IT IS GOD! IT’S THE END OF THE WORLD!”. 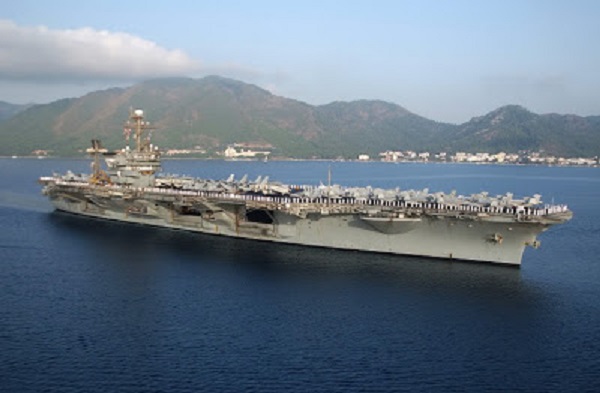 We all looked at each other, there were six of us in the Comm Center, and someone said, “Lets go have a look!”. The Comm Center is amidships, just under the flight deck, almost in the center of the ship. We went out the door, through Facilities Control and out that door, down the passageway (corridor) about 55 feet to the hatch that goes out to the catwalk on the edge of the flight deck (oppisite from the “Island” or that part of the ship where the bridge is). If you have ever been to sea, there is a time called the time of no horizon. This happens in the morning and evening just as the sun comes up or goes down over the horizon.
During this time you cannot tell where the sea and sky meet. This is the time of evening it was. As we looked up, we saw a large, glowing sphere. Well it seemed large, however, there was no point of reference. That is to say, if the sphere were low; say 100 feet above the ship, then it would have been about two to three hundred feet in diameter. If it were say 500 feet about the ship then it would have been larger. It made no sound that I could hear. The light coming from it wasn’t too bright, about half of what the sun would be. It sort of pulsated a little and was yellow to orange.
We didn’t get to looked at it for more than about 20 seconds because General Quarters (Battle stations) was sounding and the Communication Officer was in the passageway telling us to get back into the Comm Center. We returned and stayed there (that was out battle station). We didn’t have much to do because all the communication was still out. After about 20 minutes, the teletypes started printing correctly again. We stayed at General Quarters for about another hour, then secured. I didn’t see or hear of any messages going out about the incident.
Over the next few hours, I talked to a good friend that was in CIC (combat information center) who was a radar operator. He told me that all the radar screens were just glowing during the time of the incident. I also talked to a guy I knew that worked on the Navigational Bridge. He told me that none of the compasses were working and that the medics had to sedate a boatswains mate that was a lookout on the signal bridge. I figured this was the one yelling it was God. It was ironic that of the 5,000 men on a carrier, that only a handful actually saw this phnomenon. This was due to the fact that flight Ops had just be completed a short time before this all started and all the flight deck personnel were below resting. It should be noted that there are very few places where you can go to be out in the open air aboard a carrier. From what I could learn, virtually all electronic components stopped functioning during the 20 minutes or so that what ever it was hovered over the ship. The two Ready CAPs (Combat Air Patrol), which were two F-4 Phantoms that are always ready to be launched, would not start.
I heard from the scuttlebut (slang – rumor mill) that three or four “men in trenchcoats” had landed, and were interviewing the personnel that had seen this phenomena. I was never interviewed, maybe because no one knew that I had seen it.
A few days latter, as we were approaching Norfolk, the Commanding and Executive Officers came on the closed circuit TV system that we had. They did this regularly to address the crew and pass on information. During this particular session the Captain told us how well we did on the ORE and about our upcoming deployment to the Mediterranean. At the very end of his spiel, he said “I would like to remind the crew, that certain events that take place aboard a Naval Combatant Ship, are classified and are not to be discussed with anyone without a need to know”. This was all the official word I ever received or heard of the incident.
Being young and excited about my visit home and going to the Med, I completely forgot about it until years later when my wife and I went to see “Close Encounters of the Third Kind” at the movies when it first came out. In fact the friend that had been the radar operator was with his wife and went with us. As we walked across the parking lot to my car, I ask him if he remembered what We had experienced years earlier on the ship. He looked at me and said he never wanted to talk about it again. As he said it he turned a little pale. I never talked about the incident again. When I discovered “Aliens and Strange Phenomenon” on MSN and started reading the posts I started thinking about it again. Now I seem obsessed in finding out all I can about this phenomena.  NOTE: The above UFO image is a rendering.