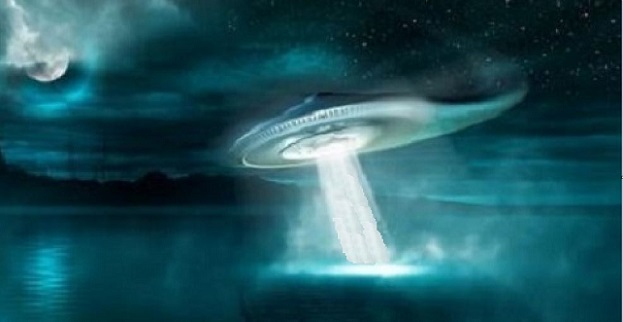 Summer of 1988 Benson Landing, Lake Champlain, VT USA me & my friend Gordy was fishing at the landing this evening and wanted to stay till morning.  Around 3am our fire died out and the latern ran out of fuel and it was too dark to look for wood and the risk of rattle snakes kept us there. We were talking about packing up & going home. Just then Gordy spotted what appeared to be a tug boat coming down the lake but the boats have not been in operation for maybe a decade or more.  It had white & red lights on the side of it ( all around as it turned later) as it approached we noticed that there were no waves coming to shore and thought this was odd.  Just as it was maybe 1/2 to 3/4 of a mile to the NW, you could tell it was above the water and started to turn to the right.  Just as it was coming out of the turn and became level it shot off into space like a bolt of whitish blue light. The light remianed for a few seconds afterwards it was gone, very odd.  We decided it was time to go home then & there.  We told the story to others at work the next day & they picked on us for being drunk but neither of us drink. I submitted this one before but never see it listed.  NOTE: The above image is a rendering.  This case is under investigation by Ken Pfeifer of MUFON Vermont.