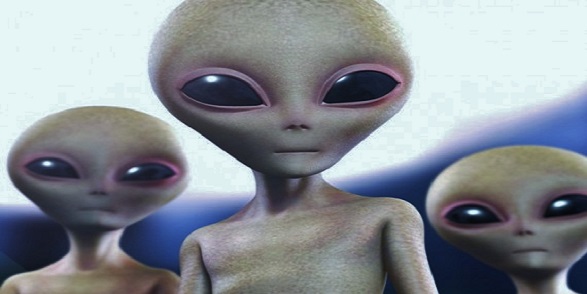 ALIEN CRAFT LANDING, DEAD CREATURES AND MUCH STRANGENESS IN ARGENTINA

At the time of the encounter, Dr. Botta was a man of 40 years old. He was well educated and respected by all who knew him. He was an ex-war pilot and aeronautical engineer. He was employed as an architectural engineer working with a well known company in Caracas in 1950. His job had placed him in Argentina working on a large construction project when he would be involved in the most bizarre event of his life. Botta was driving down the highway about seventy-five miles from his hotel in an isolated area known as Bahia Blanca when he saw a metallic, disc-shaped object sitting on the grass just off the road way. He stopped his car to watch the object for a few minutes to see what would happen. After seeing no sign of movement, he decided to get even closer to the unknown object. This vantage point allowed him to see an opening or doorway in the object’s side. He decided to go inside.  At first the craft’s inside seemed empty, except for a blinking red light in a domed top. As he ventured farther inside, he saw a curved divan with four seats; three of these seats were occupied with small beings about four feet tall with gray, tight-fitting overalls. The three small creatures were facing a control panel. It consisted of lights, gauges, and meters of different types.  Standing quietly behind them, Botta could not resist the urge to touch one of the small beings. As he did, he felt a rigid, charred texture. The three strange creatures were dead! All within a moment, he rushed from the saucer, got into his car, and was speeding down the highway. Arriving at his hotel, he related his strange experience to two of his closest friends. The group of men armed themselves with weapons and decided to return to the scene of Botta’s encounter. However, it being almost dark, and the area being so isolated, they changed their minds, and opted for the next morning to do their search.

Early the next day, Botta led the three directly to the spot of the previous day’s unusual encounter, but there was no craft there now. All that was found at the site the object had occupied was a pile of ashes. One of the men scooped some up. Immediately, his hand turned purple, and remained that way for several days. The three men, discouraged by the absence of the object, began to look around the area to see if any other evidence of its landing could be found.  One of the men looked up and saw three objects in the sky.   One, the largest of the three, was cigar-shaped, while the two smaller objects were disc-shaped. Dr. Botta hurriedly took five pictures of the objects, of which only two showed vague images of the objects. Soon, the two smaller objects joined the cigar-shaped flying object. The three became one, turned blood red, and quickly disappeared from view.  Dr. Botta would later relate more details of his observations on the day of the incident. He would recall that he saw vents or holes in the floor of the object. The control panel had a transparent sphere above it which rotated. The rigidness of the aliens’ skin was an indication to him that they had died in a crash or malfunction. He also was amazed at the skin of the saucer, which was metallic in appearance, but had a “rubbery” feel to it.  Immediately after the encounter, Dr. Botta came down with a fever, and his skin was blistered. Doctors were unable to discover the origin of either ailment. The symptoms lasted for several weeks. He also had an impression of the sunglasses he wore into the craft on his face.  A test showed no sign of radiation.  Botta kept the details of his strange encounter private, except for his two companions, Horacio Gonzales G., and Leon Stringfield. Although the details of the strange happenings in Argentina seem most improbable, the character and reputation of Botta make this case extremely difficult to discount.  NOTE: The above image is a rendering.