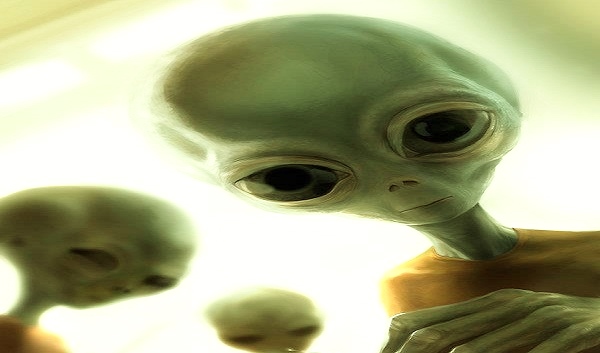 On April 25, 1977 in Pampa Lluscuma (near Putre), Chile a soldier was in shock after a strange, five-day saga with a UFO. Six members of an army patrol saw two bright objects descending from the sky. Cpl. Armando Valdes, the patrol leader, set out alone to investigate and, according to the men, simply vanished. Fifteen minutes later, they said, he reappeared, tried to speak and passed out. The date on his watch had been advanced five days, and he now had about a week’s growth of beard. “You don’t know who we are or where we come from but we will be back soon.” These are the strange words uttered by Corporal Armando Valdes, leader of a Chilean military patrol. Just some 15 minutes previously he had been subjected to a mysterious UFO encounter at Pampa Lluscuma near Putre in Chile. The date was April 25, 1977 and the time about 4:00 AM. Putre is 50 air miles ENE of Arica, a larger city in Chile.  Corporal Valdes was in charge of a patrol on routine assignment near Putre in the early morning hours of April 25, 1977. He and his six-man patrol were sitting around a campfire alongside a wall of stones and mud at the secret army post of Pampa Lluscuma. They were talking and singing quite a while to stay awake. Two of the men kept watch several feet away. About four in the morning one of the men. Private Rosales, ran back to Valdes to report that two bright violet lights had landed, one of which was in sight and illuminated the whole area. The light approached closer. Valdes ordered his men to cover up their fire with blankets. The violet light with a red spot at each end withdrew and then returned closer. The patrol was terrified.   There was no sound with the UFO motion. The Chilean high plateau was amazingly silent. Corporal Valdes stated “after praying to God and ordering the light to leave…after demanding that it identify itself, I moved a few meters away from my men.” The corporal moved toward the object. He disappeared for some 15 minutes. When he reappeared, he was shaking and his voice seemed different.

The light had been illuminating the whole area. As Corporal Valdes reappeared he was heard to utter the words at the beginning of this article. He then became unconscious and was attended by his fellow men till he awoke some two hours later. The UFO also disappeared about this time.  While the unconscious Corporal Valdes was assisted by his patrol, his men made another strange observation. They saw that Valdes had a beard growth equivalent to several days without shaving. He had been well shaven before the incident. As Valdes awoke he exclaimed, “I don’t remember anything from the moment I left you.” He then ordered, “Get ready to leave because it’s 4:30 in the morning. It was actually about 7 AM. His calendar watch had stopped at 4:30 but the date was five days advanced – to the 30th instead of the 25th.  These are the bizarre circumstances in the case. Many of the details were related some two hours after the incident to Pedro Araneda, a correspondent and lecturer. The presence of UFOs are not a surprise to Corporal Valdes. He, as well as others in the interior of Chile near Arica, often see luminous UFOs moving about the skies. Valdes states, “The surprising thing was the way it approached us. As soldiers we are trained to deal with any situation. But this phenomenon didn’t seem to have any logical explanation. I would like to regain my memory of those fifteen minutes. I would even like to submit to hypnosis to draw out information about what happened.”  President and Commander in Chief Augusto Pinochet of Chile has prohibited further interviews with the soldiers. Medical, psychiatric and eventually hypnotic tests are planned for member of the patrol to confirm their stories. Meanwhile more sightings have occurred at Arica, Punta Arenas, Santiago, and other locations up and down the 2700 mile length of Chile. NASA and the University of Chile jointly operate a space tracking station north of Santiago, Chile. Officials of the station could offer nothing to elucidate the facts in this case. The time fact in this particular case – increased beard growth and accelerated clock time – are elements which make this case exceptional and worthy of further consideration.  NOTE: The above image is a rendering.

READ THE REST OF THE STORY AT

148 thoughts on “MISSING TIME AND ALIEN ABDUCTIONS IN CHILE”