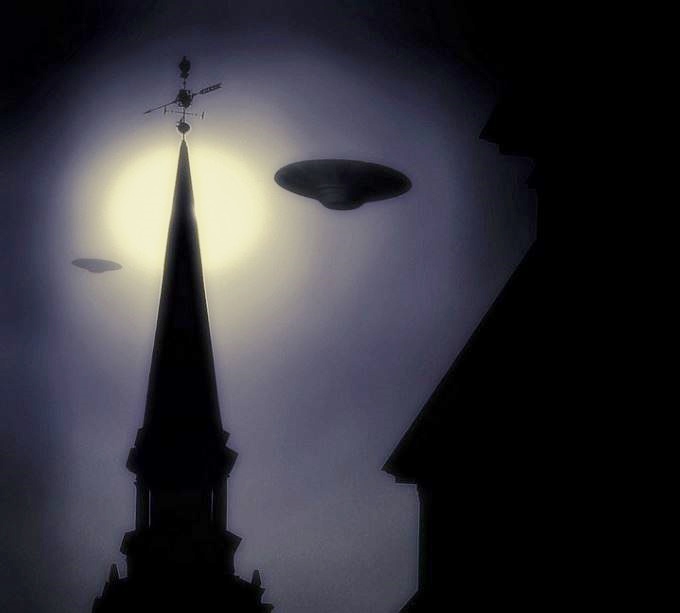 SOME UFO FILES OF THE GERMAN SECRET SERVICE

The most interesting case of the sightings of an exotic UFO by four officials happened in 1986 on Fehmarn, Germanys third biggest island in the Baltic Sea which was a frontier island during that time when post-WW-2-Germany was still divided into West and East.  About this event the BND-UFO-Files reveal the following:  In the early morning of  August 26, 1986, in the time between 03.00 and 03.30 am, three public officers of the Border Guard office at Puttgarden, who were serving the night-shift, out of their office’s window observed a flying object that travelled in slow speed towards the ferry-station at Puttgarden.  At the same time this flying object was observed by a Puttgarden customs officer too, from the so-called “car-park” of the ferry-station which was positioned about 900ft away from the three border guards officers.  After an extensive interview and questioning by the signer of the report, the following circumstances were confirmed: The unidentified flying object approached the ferry-station Puttgarden at the mentioned time in a comparative slow speed (in no way it was a conventional plane) coming from the West.  The object was flying at a height of about 150-180ft.  As it arrived over the ferry-station Puttgarden, it again reduced its speed even more and came to a nearly complete halt just above the mole-enclosures.  At this time of the observation, the border guard officers heard a sound that they described – in agreement with the customs officer – as a “comparative silently humming sound”, that could possibly be compared with the sound of that of a turbine.  All officers were unable to give any description about size, shape and colour of the flying object. This was due top the following reasons: The night was pitch dark.  The object emitted such a radial blinding illumination/light, that the above mentioned  observations were impossible to make out. One officer even speculated that the this illumination could have been switched on with the intention to avoid an identification, as the used light was neither that of navigation lights nor flood lights, as no directed cones of light went downwards.   After the nearly half of the object just in front of the ferry-station Puttgarden, the object continued its hovering flight in the same altitude eastwards passing above the Navy Coast station Marienleuchte on Fehmarn 1800ft away.   Attempts of the signer to get more insights about the observations through other personnel and offices failed.   Inquiries were made to the Navy-Coast-Guard stations Westermarkelsdorf, Marienleuchte and Stabernuk (all on Fehmarn island), as well as with the flying squadron of the Border Guard command ‘Coast’ (Helicopters), the operating surveillance of the ferry-station Puttgarden, with the German ferryboats ‘Deutschland’ and ‘Karl Carstens’ and the Danish Police at Rodby.  NOTE:  The above image is a rendering.

THANKS TO OPEN MINDS TV