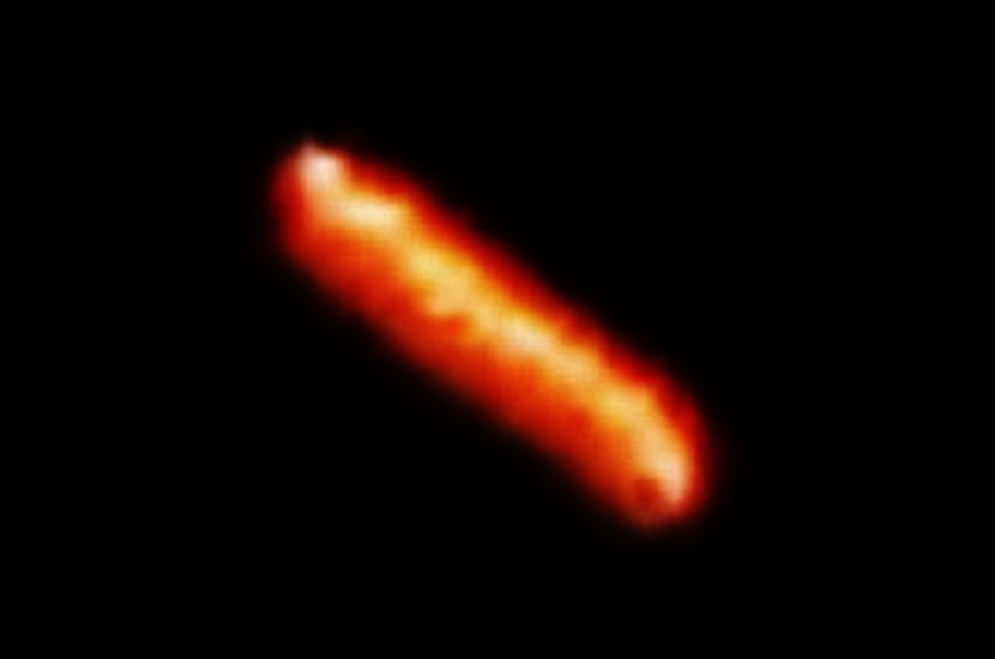 My boss and friend, a very credible business man, called me tonight around 10pm.  He had just left the shop and was leaving the industrial park approaching a red light when he notices what he said looked like a ball of fire.  Before I continue with his description, I would first like to say that he is a very reserved, logical and practical man. He is very familiar with aircrafts and aviation through his hobbies. He has little to no time for interest in things outside of normal reality like this. And thus, when he called me, was hesitant to describe this until I think I broke the ice with the word “UFO” and then I heard that comfort in his voice as if it was assuring him I would not think him crazy for what he was about to tell me.  So he’s approaching the red light when he notices this fireball in the sky. At first he thought it was a star by initial glance but immediately realized it was moving at an incredible rate when it then slowed down very quickly to a point of “almost” hovering (I believe he really wanted to say it stopped and hovered but wanted to hold some level of reservation even in his awe). This is when he noticed that it had what he called a “sparkler effect” almost as if the same look as sparklers you see people waving on the 4th of July and such, coming from what he  assumed was the back end based on its direction.  He had with him a good digital camera and snapped this photo. The bright light on the left is a street light – the small cigar shaped orange object in the center is the UFO. He says he pulled over and got the camera rather quickly, however, he is not very familiar with the hardware and originally intended on taking video footage, but in haste and fear of losing a shot entirely, took this photo as is without zooming or anything.  So he pulled the car over and took this photo. He says he believes in the time that he grabbed the camera it began moving in a new direction again and thinks it looks cylindrical like that because it was in motion. Right after taking the photo, he looked down at the camera to make sure a picture had actually taken and when he looked back up a second later it was gone. He doesn’t know if it disappeared or flew away, but it happened so fast that that aspect alone amazed him as much as the sighting in the first place.  Judging by the picture, its saturation level is very bizarre – and it almost looks more like an illuminated object with a hard surface of little reflectivity rather than a light object or a highly reflective surface. He described it as spherical and a light source like fire. Very odd in comparison to the photo. Could this be a morphing ufo? I would assume that the streaking of an object in motion would have a faded tail, but I can’t tell which direction it’s going or if it even is moving.  It’s a perplexing photo to me really, and I’m sure it’s 100% legit. Just taking a photo and getting it to me in an email is the extent of his technological capabilities concerning tampering with a photo, not to mention his trustworthiness.  Normally I’d say I have no fear or shame in attaching my name to this kind of stuff, but I don’t want my bosses reputation to be at any risk. If you have any questions send me an email and if there is a high interest I could see if he would be willing to share more under anonymity.