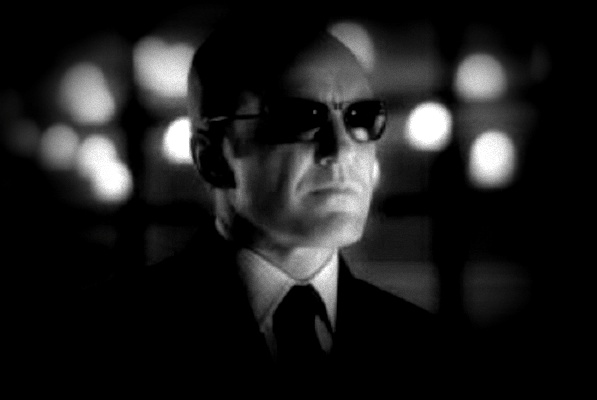 MEN IN BLACK AT IT AGAIN IN INDIANA

Hello Sir. I was directed to you by a forum contributor who reads your website. I work as a night security officer at a warehouse in Plainfield, Indiana. The building is located about a mile west of the Indianapolis International Airport on Reeves Rd. At the time of the incident I was working with another security officer.  Over the past year or so I and others have noticed many strange lights in the sky at night. Actually some of of these lights were distinctive V-shaped, but most were circular. On the night of February 1st (around 10:30 pm) there was an array of bright red lights traveling over the airport heading west over Plainfield. I tried to get photos but the light pollution from the airport and business park were too heavy. I counted 34 red lights traveling back to back and moving very slow but in a straight line. The other security officer witnessed the same lights.   I reported what I saw to a friend in Cincinnati who in interested in UFOs. He said that he would file a report with a UFO group. This was the next day (February 2nd). He told me that he received a similar report from another witness in Indianapolis.   On February 8th early Sunday morning (1:15 am or so) the security guard at the gate called me on his radio. He said that someone wanted to talk to me. This was very unusual because people rarely drive up to the gate that late and no one has ever asked for me. I was in the back lot so it took me a while to reach the front, even by vehicle. While making my way to the gatehouse, the security guard called me again. He sounded frantic and asked me to hurry.  When I reached the gatehouse, there was a black Chevrolet Impala parked at the gate and two people standing by the gatehouse door. I parked my truck and walked over to the gatehouse. The first thing I noticed was how tall these individuals were and that they were dressed the same. They both wore black attire, which were slacks, heavy bomber jackets and leather gloves. They also had beret-like hats with sunglasses, even though it was dark. There was no insignia or lettering on the vehicle, though it had Ohio license plates.  One of the men asked me if I had witnessed anything unusual in the sky above the airport. I mentioned what we had seen on February 1st and that there had been a lot of different lights seen the past year or so. He said he wasn’t interested in the other sightings, just what was seen over the airport. Then he wanted to know if I told anyone else. By that time I was a bit perturbed and asked who they were. They both smiled, then the guy apologized for taking up my time. They got back into their car and backed out. That kind of freaked me out because I have no idea who these guys were.  I have heard some stories about Men in Black from my friend, but these guys looked normal, other than the weird garb. A few nights ago, I swear I saw the same vehicle in my neighborhood in Indianapolis. It was parked down the street from my house then pulled off as I passed it on my way to work.  At this point I don’t know what to think. I’m not scared but curious as to what they think I witnessed. Incidentally, the other security guard who witnessed the lights did not receive a visit from these guys. My report must have sparked something, though I don’t think my friend used my name or specific location.  I wonder if these were MIB and why they showed so much interest in my sighting. Thanks for reading my email. BB  NOTE: The above image is a rendering

1 thought on “MEN IN BLACK AT IT AGAIN IN INDIANA”