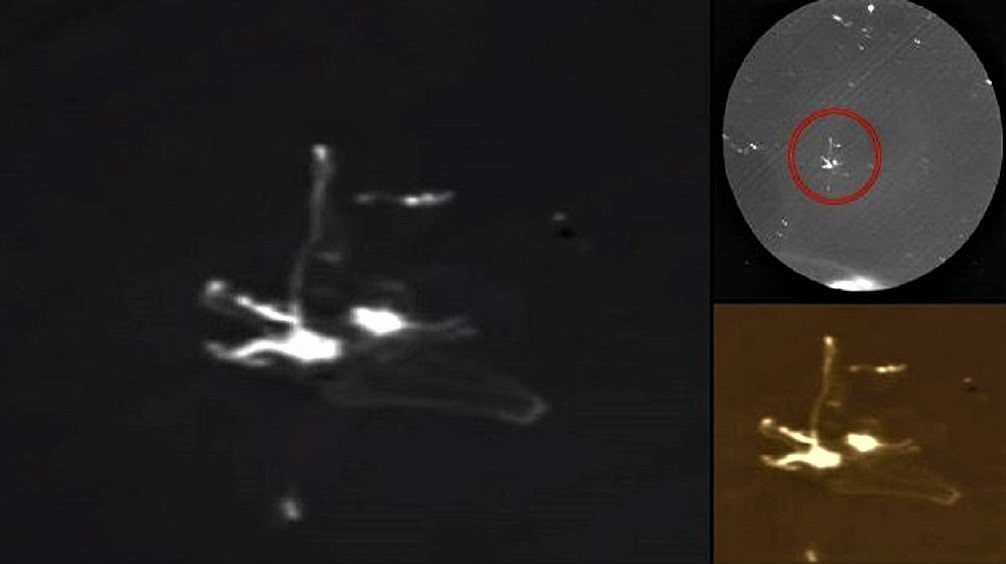 Apollo 17 was the final mission of NASA’s Apollo program. Launched at 12:33 a.m. Eastern Standard Time (EST) on December 7, 1972, with a crew made up of Commander Eugene Cernan, Command Module Pilot Ronald Evans, and Lunar Module Pilot Harrison Schmitt.  During their mission to the moon the astronauts captured many images which are stored in NASA’s Apollo 17 Image Library. While most of the pictures were taken on the lunar surface, the astronauts took also images through the windows of their spacecraft in space. After viewing many images Michael from The Kepler Telescope Channel found an image showing what appears to be a partially transparent alien spacecraft next to the Apollo spacecraft. Michael said: I don’t normally get interested in these objects, normally they turn out to be ice particles or thermal blankets or something like that, but this NASA release from the 1972 Apollo 17 mission seems to show something otherworldly. Michael has made a fascinating compilation of Apollo 17 space images, including the image of the alleged alien spacecraft.   Link NASA-UFO image: https://ia801600.us.archive.org/3/items/AS16-123-JPG/2f042.jpg