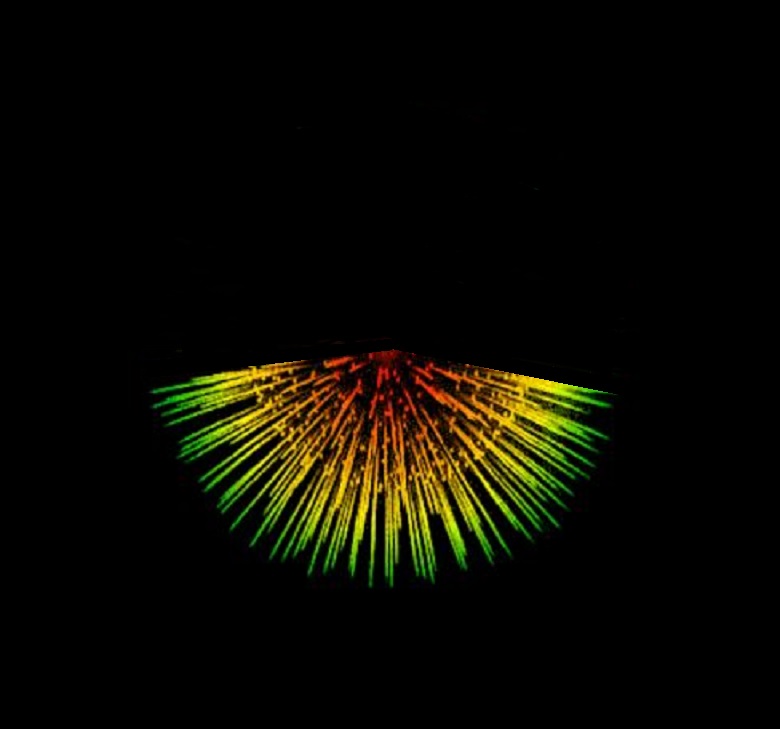 A dramatic UFO sighting, flash, and explosion that occurred over McMinnville, TN, at 7:30 p.m. (local) on Saturday night was reported.  For those of our readers who may not have read the original fax the Center received from TEMA shortly after the incident, a brief summary is as follows: In the vicinity of Shellsford and Irving College, TN, both on the outskirts of McMinnville in Warren County, TN, many citizens reported to the local “911” emergency switchboard that they had witnessed strange lights – red, green, and blue – below the thin overcast, which descended slowly and almost vertically to earth. The red light visible was the largest, with at least two smaller green lights above it. They were reported by many witnesses to be like “roman candles” (a type of 4th of July firework). Some of the witnesses who called the Warren Co. “911” switchboard described the objects as “huge,” and although different witnesses described the lights slightly differently from one another, they all agreed that multiple, brightly lighted, bizarre-looking objects were descending slowly toward the ground. Some reported that one or both of the two green “clusters” of lights “exploded into fragments.” Then, after the colored lights descended low enough to disappear from all observers’ line of sight, an intense white flash occurred which was bright enough to be blinding. At least one person stated that he had heard the explosion concommitant to the flash.  The fax then goes on to state that at least one individual who had seen the flash from the explosion rushed to the local airport and took off in a private aircraft in attempt to assess from the air the damage he assumed would have been caused by an explosion of that magnitude. Remarkably, he observed nothing noteworthy – no fires, or other damage – and returned to the airport after several minutes of searching the area.  Current status of the case? All information received by the Center has been forwarded to the TN State Director of the Mutual UFO Network and to other parties in the state.  NOTE: The above image is CGI.