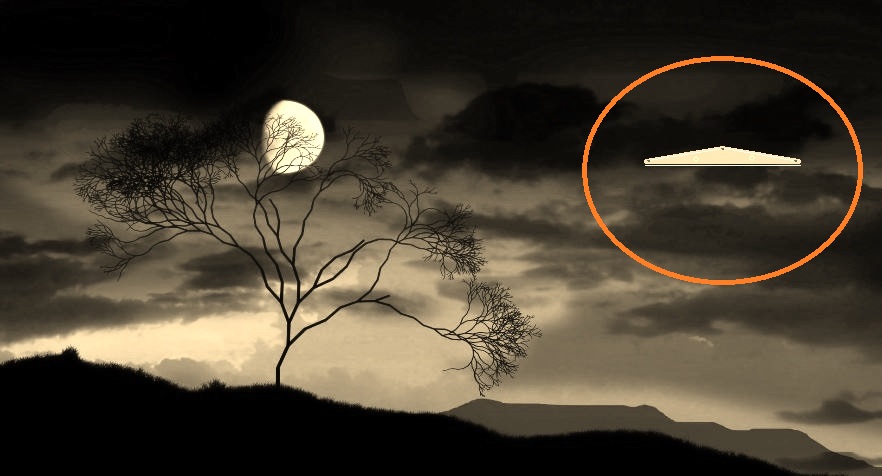 The female witness was travelling along the Bruce Hwy in her van, just north of Meringa. She observed a very bright white triangular shaped light high in the sky. The object was travelling on a north trajectory at a speed described as faster than a jet aircraft. The object was obscured from the witness’s view by some high trees ahead of the witness on the north side of the highway. The witness described the object as the shape of a long skinny triangle of bright white light, the edges of the shape were clearly defined and sharp. The apex of the triangle was the leading point. The witness described the size of the object as similar to that of a B-747 aircraft when they fly over the area, or a little smaller than the size of the moon.  Additional Information:  Checks with the Cairns Airport Traffic Control revealed no air traffic movements travelling north at the time of the sighting. The record logbook in the control centre had no abnormal sightings logged for the time. The object described does not appear to be a conventional aircraft as normal lighting configuration was not evident. The object’s description is not characteristic of meteorite or space junk entry/burns. Duration of sighting: 4 seconds.  NOTE: The above image is CGI.