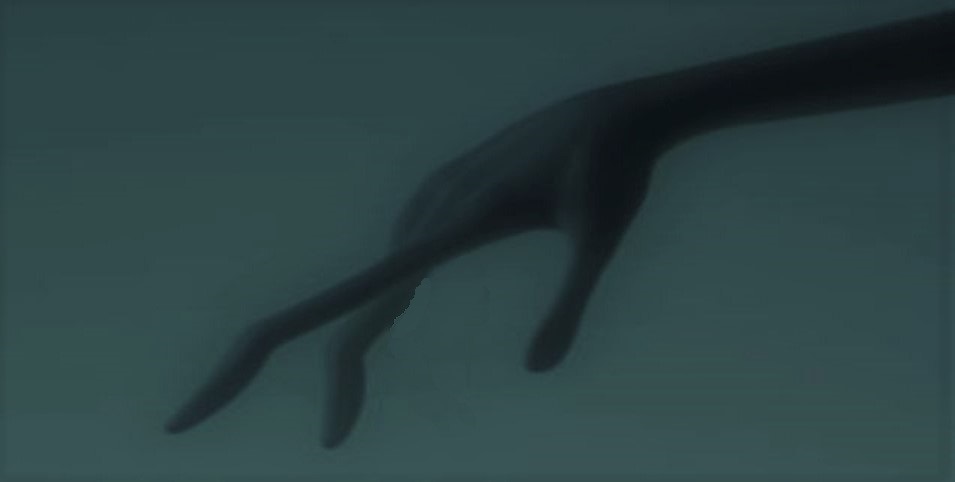 It was approximately 9PM, and I was in my bed watching television. Directly above my bed are three windows with 12″x”12 glass panels. The television was to the left of my bed. Suddenly, my attention was drawn to the floor approximately four feet from the desk my television was on. What I saw was a beam moving very quickly in small circles in one concentrated spot on my floor. The circle motions it made were not perfect, the best I can describe them as were “wobbly circles”. The beam was solid, pure solid light and approximately an inch wide…it was fairly thin. The color was a pure white with somewhat of a blueish tinge around the outside of the beam. The beam itself was bright, but did not seem to emit any light beyond its edges. My room was NOT filled with light, only this beam. I was able to watch for about 5 seconds before I fled my room in a state of total panic. I was not able to tell exactly which of the three windows the beam was aimed through, but assuming that had it beamed straight into my room onto the wall parallel it would be 90 degrees, I would estimate that it hit my floor at a diagonal angle of about 60 degrees. When I got downstairs, I looked outside to see any evidence of a craft (I have never to my knowledge witnessed a UFO) and there was none. There were no aircraft of any kind besides high-flying commercial planes. I did not tell anyone in my house about what I had seen. I wasn’t sure if my mind was playing tricks on me or what had actually happened, but I saw something. When I checked the area later, there was no evidence whatesoever of the beam having ever touched my floor.

Two days later, on November 3, 2004, I witnessed one more anomalous event which I believe may be connected, and this time my younger brother was also witness. A PITCH black figure, which appeared to be two dimensional, in a very humanoid form quickly passed across a window and wall which were directly in front of where we were sitting, about 12 feet away. The figure had NO discernable features in its face, no clothing, no hair. Just a round head and human like torso were all we were able to make out. It was impossible to make a height estimate. It was for certain INSIDE our house, not a reflection from outside. The sighting of this “being” lasted 3-4 seconds. There was no logical explanation for what we saw, it was most certainly paranormal. I have seen a figure like that once before and I am certain it was of the same nature. – NUFORC  NOTE: The above image is CGI.