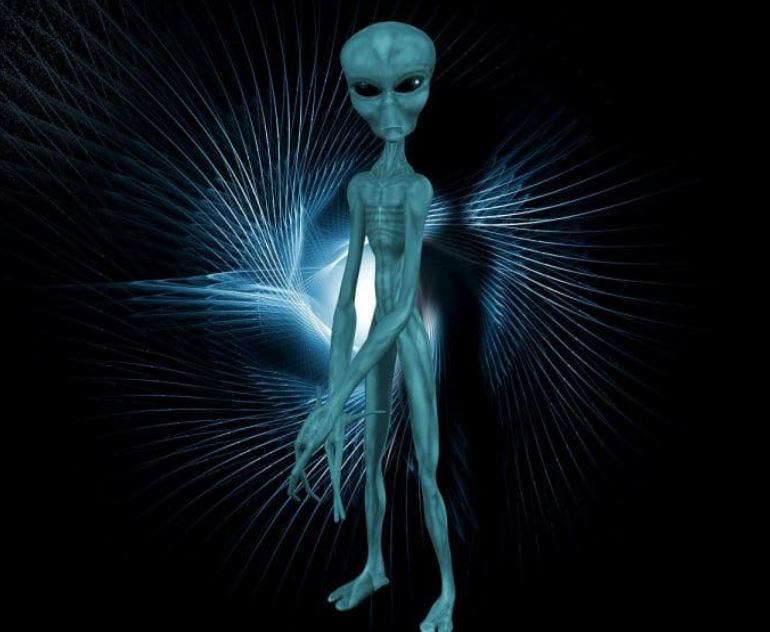 On the evening of 24th March 1974, Hillevi Andersson would be witness to events that would change both hers and her husband, Ingvar’s lives. Along with her three young children, Hillevi was driving to her parent’s home for the day.  As they traveled along the road they noticed a bright light in front of them over a field. The light would disappear from their sight and they continued on their way, intrigued but not unsettled. However, shortly later, it reappeared. And this time, it would follow their vehicle.  Hillevi managed to get a prolonged view of the light. It looked, on closer inspection to be some kind of metallic aerial craft. Before she could make out any more it began to rise, turning a bright orange color as it did so. It soon became no more than an orange blip in the skies above.  They would finish their journey, arriving at the destination shortly after the object had vanished from sight. As they approached Hillevi’s parents’ home, however, all could see the orange glowing craft hovering over the forest that enveloped the small community. Three “rays of light” emerged from its underside and began to “zig-zag” in and out of the trees. At one point, one of these strange rays were on each side of the Andersson’s car, shining their glow inside.  She would learn a short while later that while she was witnessing this outside, residents in their homes were experiencing severe interference on their television sets. At some points, the picture was replaced by a series of “thick black and white lines!”

Upon arriving back home later that evening, Hillevi would inform Ingvar of the strange episode. He would, as was his personality, immediately look for rational explanations for what his wife had seen. However, by the time Hillevi had contacted the police, and the government defense office, he accepted something very much out of the ordinary had taken place.  Furthermore, both his wife and their young children complained of headaches, stomachaches, and pains in their backs where their kidneys were.  As soon became apparent, Hillevi was not the only person to see the strange orange glowing object that evening. Over seventy official reports were made to police, and even the international media would take a passing interest in the apparent wave of sightings.  However, as UFO researchers descended upon the usually quiet region of Stockholm, it would soon come to light that sightings such as Hillevi’s were not isolated. Nor were they the most fascinating, or chilling.

The previous evening after finishing work late, an electrician would begin his journey home. It was arguably the strangest walk home he would ever take. Most sources state the man’s name as Anders, although some claim him to be Harald Andersson (no relation to the Andersson’s mentioned above).  For reasons unknown to him, he would take a route unfamiliar, and not one he had used before. He would even state he had a feeling of guidance to take the route he did. As he walked a sudden light “hit” the side of his head from out of nowhere. Everything went black, and the next thing he knew, he awoke outside his house.  His wife was at his side, a look of deep concern on her face. It was then that he realized that painful burns raged all over his body. Furthermore, he couldn’t answer his wife’s questions as to what had happened. He had no memory of the incident whatsoever.  At the hospital at Lindholmen, Dr. Ture Arvidsson would treat Anders, and took an immediate interest in his case. Instantly suspecting UFO or extra-terrestrial involvement, he would suggest to Anders that he allow him to hypnotize him. This, he assured him, would recover his memories following the bright light hitting his head.

According to the story told by Anders while hypnotically regressed, following the flash of light he was “sucked” upwards, through the air and towards the light itself. The next thing he knew, he was on a table in a large room.  All around him were tall creatures, at least four that he could see. They had a “transparent” look to them but also had solid faces, with eyes, nose, and a mouth. He couldn’t, however, see if the creatures had ears or hair as they each wore some kind of hood that “shimmered” as they moved.  They used metallic tools to prod and test his skin. He briefly attempted to fight off the intrusions but was quickly overpowered. During the struggle, he even received an injury to his forehead.  One interesting thing that Anders would repeat several times while under hypnosis was “I can not say anything!” Even during the regression, he struggled to divulge information of his account, not through lack of memory, but because it was forbidden. He would eventually state that he was warned not to talk about his experience. He even claimed his abductors had put “some kind of mental block” in his mind. They informed him they would not harm him but they would “not allow him to remember!”  Incidentally, Anders would display signs of prolonged exposure to “very powerful electrical fields” for some time after the experience. He even found he displayed “abilities” and “senses” he hadn’t had before.  While there is no certain connection between the incidents on consecutive nights in March 1974 just north of Stockholm, it is not at all a stretch of the mind to imagine a link. Furthermore, despite the investigations by Swedish authorities, no explanation exists for the bizarre episode. NOTE: The above image is CGI.