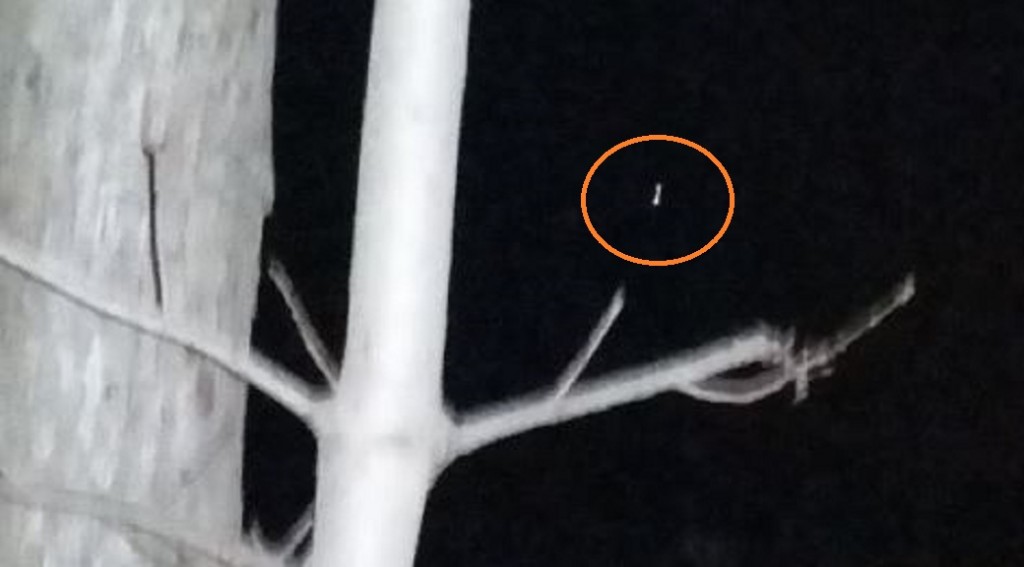 JANUARY 2, 2016   ……………   NORTH BABYLON, LONG ISLAND NEW YORK
.
A man from North Babylon , a town  located on the south shore of Long Island New York ,sent me the photo’s below of a strange cigar shaped  line of lights he spotted early ( 5 A.M. ) in the morning  on January 2nd 2016. The man went outside to smoke a cigarette when he noticed a line of vertical bright lights in the sky in a cigar or line shape. The man did not know what it was as it was silent and just hovering in the night sky. The man took the photo’s below of the object. He said it just stayed in the sky until it started to become light with the new day and simply disappeared.

This is the second email I have gotten in 2016 of bright white or blue colored lights over the town of Babylon New York. I have no idea what these objects are however I think that  the fact the Atlantic Ocean is a short distance from the area a possible reason that makes sightings of strange crafts and lights common over the Long Island New York area. I did look up on the ISS locator but did not find that it was visible from this location on that date or time.and the space station moves quickly across the sky the objects below were stationary for a good amount of time .