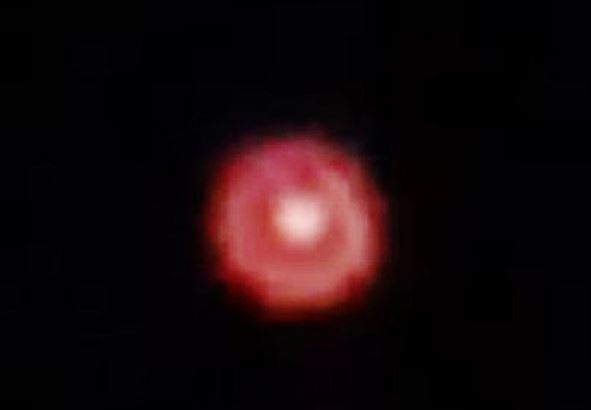 INCREDIBLE ALIEN ORB PHOTO OVER OREGON
.
FEBURARY 6, 2016   …..   KING CITY OREGON
.
I was sitting on my apartment balcony after dinner and having half a cigarette, messing around on my iPhone and occasionally looking up at the stars. I can’t remember how it came to my attention but I noticed the first bright object and suddenly realized it didn’t look like any kind of known air craft or anything, so I immediately turned the video filming function on my phone to film it. I started filming it and after a minute or so I believe, I decided to grab my husband inside to tell him to come watch it with me. (Everything said is in the video.) He came out to watch it with me and my two sons (ages 8 and 12) came out as well to watch. You can hear them all commenting during the video. Unfortunately my iPhone completely sucked at capturing how bright these objects were, and didn’t even pick them up at the end.. But I still couldn’t help but film it because it was so odd looking. So first I saw the one object glowing very brightly, and then a second object came up near it. They both seemed to pulsate I guess would be the right word. They didn’t seem to be following general laws of gravity or propulsion… Quick redirects, slight morphing of shape, extremely quick movements and then hovers. A third object was visible for a brief moment but quickly disappeared near where the others first showed. We lost sight of them because they simply disappeared into thin air They seemed to pulse out. They looked like they were made of fire but not burning in a fire way.. Almost like a glowing coal or something. It’s very difficult to explain. They were completely silent and behind some very tall fir trees for a good portion of the sighting. It was hard to tell how far away they were or how large they were. Their apparent size was a tiny bit smaller than a pea. They seemed to glow a different shade of reddish orange inside the center of the darker outer glowing shade. But I could not identify any structural details aside from the illusion of a spherical shape that slightly morphed several times into a less perfect sphere shape. I felt excited to see these things and my sons and husband were very interested as well. We were interested in what they may be but none of us have any idea other than “ufo’s”.
.
KEN PFEIFER WORLD UFO PHOTOS AND NEWS
WWW.WORLDUFOPHOTOSANDNEWS.ORG
WWW.WORLDUFOPHOTOS.ORG
THANKS TO WWW.MUFON.COM
.
.