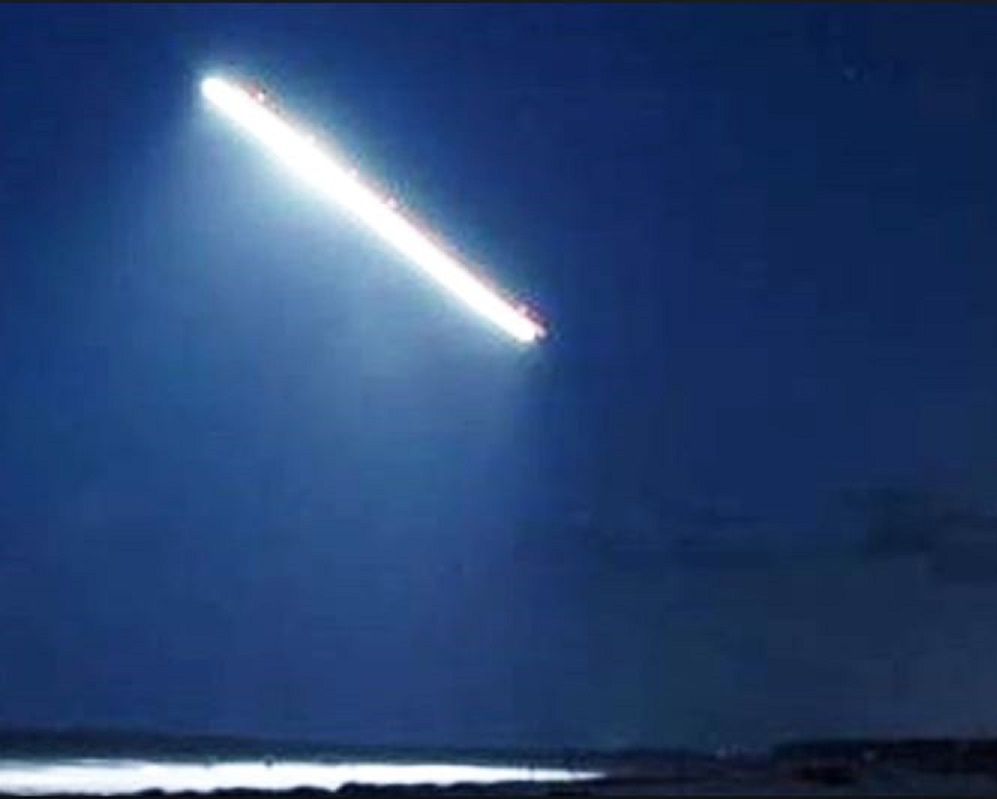 3 orbs in the shape of a triangle, morphed to a long thin line of light above tree line in Anchorage

While taking the dog for a walk, at University Lake in Anchorage, we headed through a treed trail, and on to a clearing.  After several seconds, my daughter said, “Dad, look at the lights in the trees.”  To the north, I saw three white orbs in the shape of a triangle rise above the tree line.  It appeared to turn West, and as doing so, the “orbs” turned into a long thin bright white light.  Like a long fluorescent light bulb, but so much brighter.  It then headed West and no lights were visible.  I opened my eyes wide to let as much light in as possible (the moon was not above the horizon at the time).  That is when I noticed the shape, very much like a box kite, but with triangles on top and bottom; essentially an elongated diamond.   We stood there for about a minute after and headed back down the wooded trail talking about what we had seen.  After about 40 yards, I said let’s go back.  I was shining my flashlight on the tree line and my daughter said that if we see anything, she will record it with her IPhone.   Once again, three orbs in the shape of a triangle appeared in the same spot slowly rising above the tree line.  This time my daughter took out her phone to record and her phone died.  She said it was at 60%.  The same scenario as above played out, the orbs turned to one long bright light, then as headed West was just a dark silhouette of an elongated diamond until it went out of view (total time about 20 seconds each occurrence.  At this point we left as it was cold.  My daughters phone did not turn back on until we got home and plugged it in.  it immediately showed 62% of battery power.”  NOTE: The above image is real but from a Brazilian sighting.