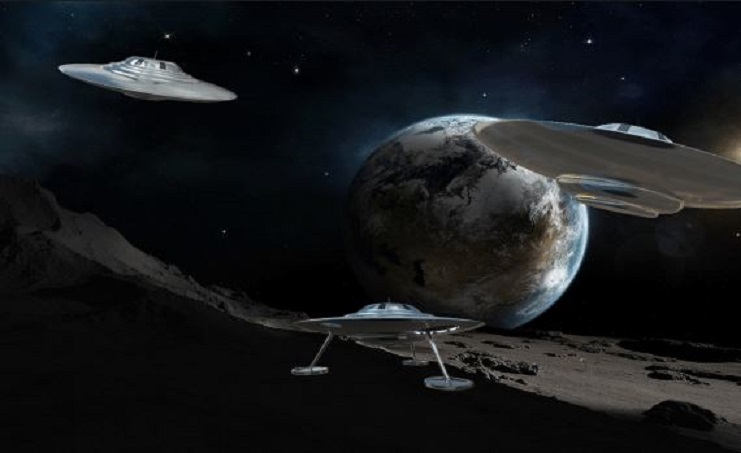 I was on a ridge off of the industrial parkway in Greenup, with a friend, when we noticed a noise that sounded similar to clapping and laughing.  Right after that, within seconds, 3 similar shaped objects suddenly appear over a field a few hundred feet away.   They all glowed an off green color but it dissipated kinda like heat would. We could not come to a logical explanation of what it was.  One object landed and two other hovered.  One of the objects just vanished in no direction just disappeared and shortly after the second did the same.  When they disappeared it sounded like thunder or a bang.  We watched the other object on the ground.   We tried taking a picture but the phone went straight to static and as soon as I unlocked my phone, the object took off directly straight up and it also sounded like a bang.  We left immediately towards I-64 and by the time we came to the Grayson exit we had to pull over and have had severe nausea and a fever since then.   Now as I’ve been typing this, I’ve had diarrhea and a headache  NOTE: The above image is CGI