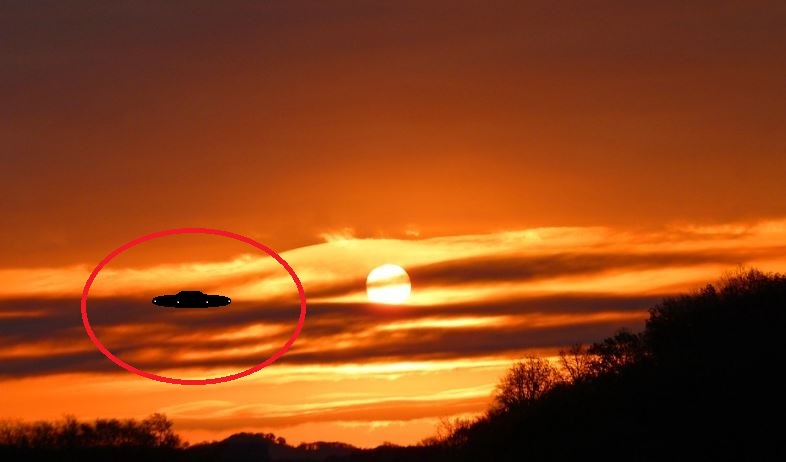 We were driving down interestate 66 through Manassas at approximately 5:10 a.m. when we noticed some lights that were off to the right of us at our 2:00 angle. I initially caught glimpse of the object about 2-3 miles away, and as we approached the object seemed to move across the interstate where it hovered at approximately 500-1000 feet. As we we passing the object we noticed that it seemed to be hovering. We had initially thought it may have been a light post, but it was emitting enough light we could have seen the post below it. This object had lights similar to aircraft that I had seen before;however, this object appeared to be round like the typical “ufo” reported or shown on television. Once we passed the object, it began to move in the opposite direction. The object did not move fast or with rapid motions, but with and concise. This object did not emit any sounds in which we could hear.  NOTE: The above image is CGI.