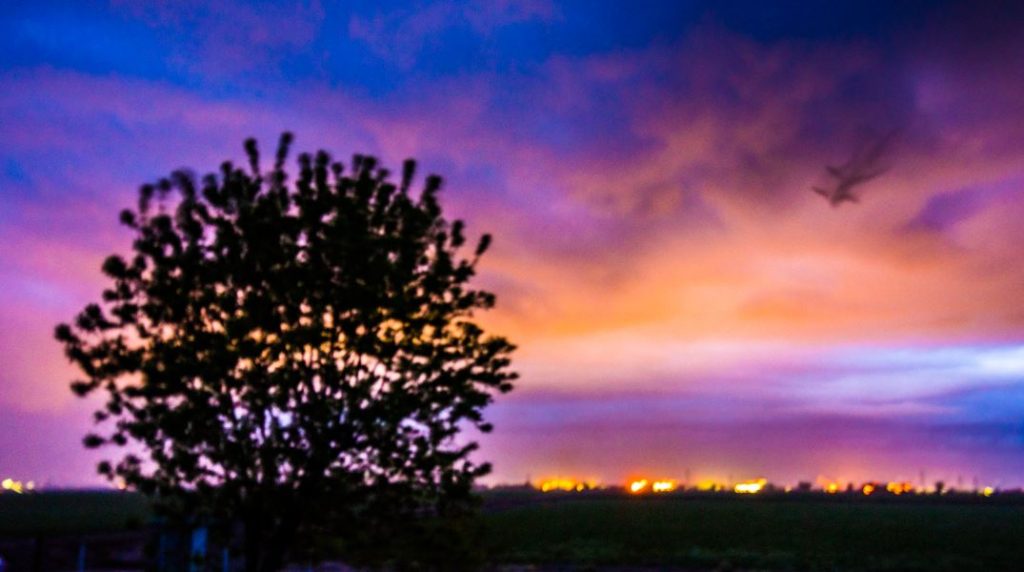 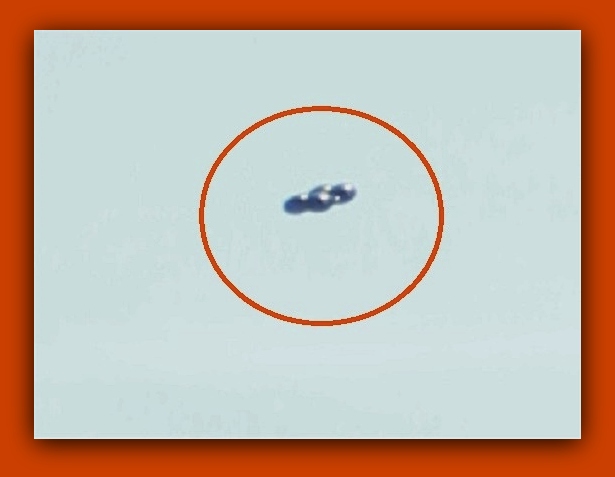 CLEAR PHOTO OF AN ALIEN CRAFT OVER AUSTIN TEXAS

I am a professional photographer and amateur astronomer that works at the New Jersey Astronomical Association Observatory in Voohees, New Jersey.  I was taking pictures of my son and because I am a drone flyer I saw an object in the sky moving rather quickly across airport grounds. Because I thought that this object was a security drone I snapped the picture and didn’t really look at it for weeks.  After finally looking at it to compare to my drone I noticed that it was not a drone at all. It had 4 dome-like structures and a central structure holding it together. There is no obvious flight surface to provide lift so one would assume a balloon.  Unfortunately I had never seen a balloon move this fast and with such purpose… in a straight line and at a level height.  Could it be a drone? Possibly… but given the distance and using some simple geometry (and some assumptions) I estimated the craft to be roughly 20-25 feet across.  This is my 3rd strange sighting I have had in my life. And the only one made during the day OVER a VERY active airport.  In addition I have the RAW. I took this with a 70-200mm f2.8 canon lens… so not cheap glass… and the detail on the raw can be zoomed way in with little loss of resolution. I will try to attach.