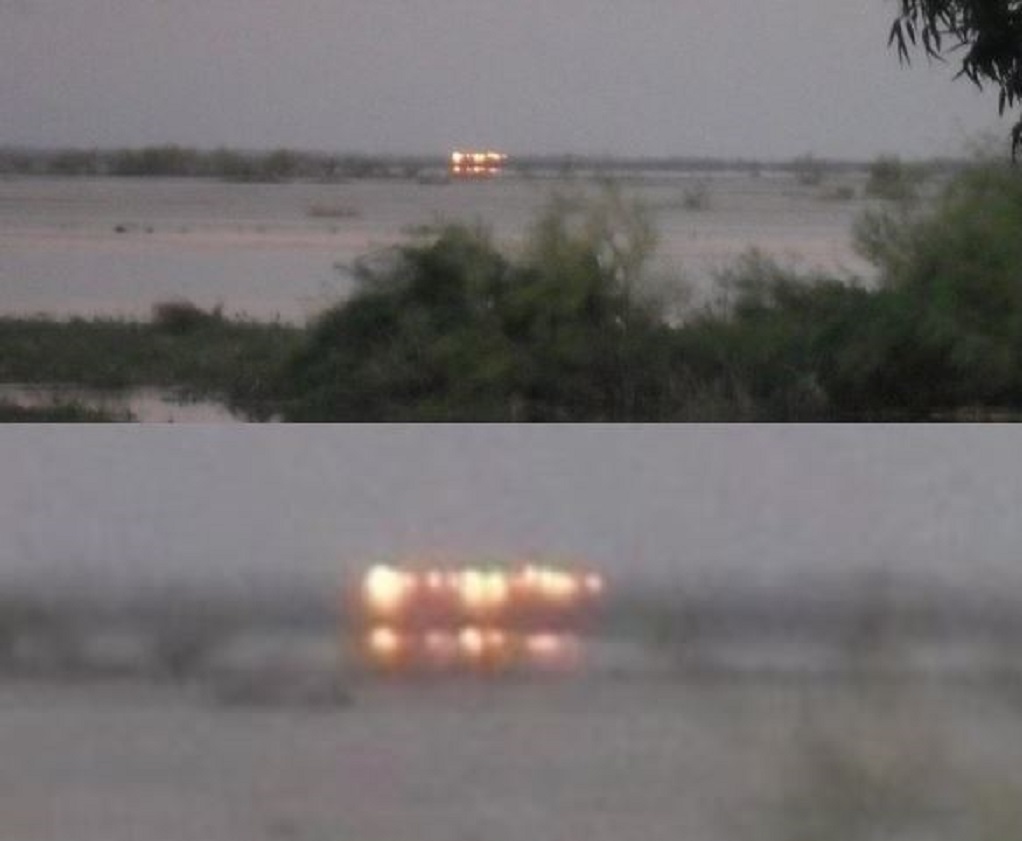 INCREDIBLE PHOTO OF AN ALIEN CRAFT IN ARGENTINA
.
FEBURARY 9, 2016 …….DESVIO ARIJON ARGENTINA
.
So it was that we received a message from Leandro Castro on Facebook, detailing the sighting of an object that he was also able to photograph.   “Hi Andrea! Good evening. I’m Leandro Castro, I’m from the locality of Desvío Arijón, a little town between Sauce Viejo and Coronda in the Province of Santa Fe. I live by the Coronda River, and I took the photo on Friday, February 19 after one of the heavy storms we had that month. In the photo you can see something flying over the river…it was spectacular, on account of its lights and how close it was! Regrettably, we took some photos with our cellphones and they cannot be seen clearly, but I was able to pull out a little digital camera and take two shots. Having not used the camera for a while, its battery was running low and it turned off…it almost seemed deliberate, ha,ha…well, Andrea, I hope you can use this photo. I have been following your page for a long time, and someday I’ll visit your museum. Best regards!”   After thanking him for his message, he replied:”You’re welcome, Andrea! Thank you for replying. I’ve always been drawn to these things. I like reading about UFOs and suchlike. The photo shows a disk with three pairs of lights and some smaller ones among the larger lights. You can’t make out the disk…but the lights define the shape!”
.
KEN PFEIFER WORLD UFO PHOTOS AND NEWS
WWW.WORLDUFOPHOTOSANDNEWS.ORG
WWW.WORLDUFOPHOTOS.ORG
THANKS TO http://inexplicata.blogspot.com
.