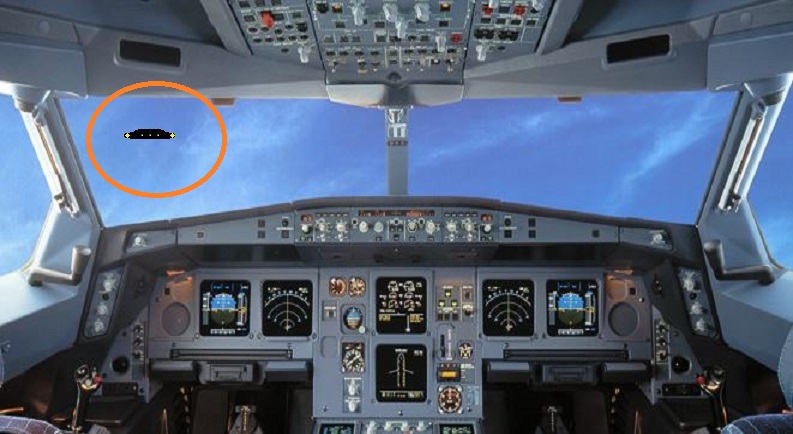 A series of strange events occurred high up in the flightlevels above Southern Arizona on February 24th, 2018. Between roughly 3:30pm and 4:15pm local time, N71PG, a Learjet 36 belonging to Phoenix Air, and American Airlines Flight 1095, an Airbus A321, had independent close encounters with a strange craft flying at around 40,000 feet. The planes were flying east at about 37,000 feet between the Sonoran Desert National Monument and the New Mexico border when the incident took place.

The initial report came from N71PG, the Learjet, asking Albuquerque Center if traffic had passed above them. The controller replied “negative,” meaning that there was no traffic to his knowledge that would account for such an observation. The Learjet pilot replies defiantly, “somethin’ did.” Another pilot chimed in on the frequency saying “a UFO” and the Learjet pilot replied “yeah.”

A few minutes later, the controller asks American 1095 to let him know if they see anything “pass over you here in the next 15 miles.” The American Airlines pilot replies in a puzzled manner “if anything passes over us!?” The controller responds “affirmative, we had an aircraft in front of you at 37 [thousand feet] that reported something pass over him and we didn’t have any [radar] targets, so just let me know if you see anything pass over you.”  At this point things get even more interesting as the Learjet pilot chimes in saying “I don’t know what it was, it wasn’t an airplane but it was–the path was going in the opposite direction.”

A minute later American 1095 calls back in saying “yeah something just passed over us, like a–I don’t know what it was, but it was at least two-three thousand feet above us. Yeah it passed right over the top of us.” The controller calmly acknowledges the pilot’s report and says nothing else.  The whole event, at least as we understand it at this point in time, lasted about six minutes.

According to an FAA representative who was incredibly helpful and forthcoming during our preliminary investigation, he didn’t think the incident was written up and noted that the supervisor at Albuquerque Center didn’t even know about it when queried. That does seem somewhat odd considering some sort of unidentified craft was flying along highly trafficked air routes at jet altitudes that didn’t have a transponder, did not appear on radar, and was not communicating with air traffic control.  NOTE: The above image is CGI.

THANKS TO http://www.thedrive.com and Tyler Rogoway