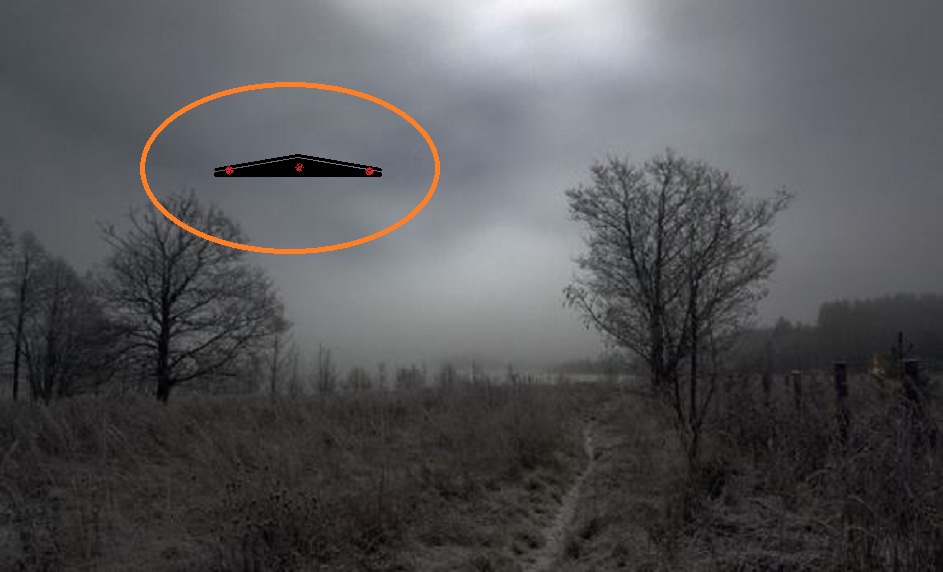 “I spent three decades of my life on the radio so my credibility as a broadcaster might be thrown right out the door tonight. On the 11th of August, 1975, I was in Clovis, California, at my girlfriend’s house out by the pool when two jet fighters flew directly over our house, maybe 100 feet off the ground. Now, spending 5 years in civil air patrol, I know that jet fighters are not supposed to fly that low over houses, although we were in a remote area. They were so close to each other they looked like one plane and I saw them before I heard them. I got up and turned around 180 degrees and they were at eye level with me. They flew really fast. One went one way and the other went the opposite with way, so they went 90 degree angles away from each other. Then I laid back down and what did I see? Up in the sky right ahead of me, an object.  I learned to fly at 15 years old and I’m pretty familiar with aerodynamics and how planes move and this object, it looked like it was glinting off the fuselage and we weren’t that far from the airport, maybe 12 miles, so I thought okay, it’s the plane. All of a sudden it did a 90 degree turn. I could not believe it so I get up and I tried to get someone’s attention in the house because now I realize what I’m seeing – it’s a UFO. And I’ve never seen…

Now this was in the evening about 7 o’clock. This is the 11th of August, 1975. I was watching this thing move and I couldn’t talk and all of a sudden I couldn’t get anyone to notice. I was just going – uh, uh, uh, uh – trying to get people’s attention. Then this UFO turned into a bright white light. Now this is the weird part. I documented this in a column update years ago but I’ve never talked about it to too many people. And that’s all I remember. As soon as I saw that bright white light. Next thing I remember is I see swirling lights in front of me, like somebody is on an LSD trip or something and I want to tell you something, I was not. I see these lights and then all of a sudden it’s dark. I didn’t even realize I’d been missing until I went back in the house. Everybody is angry with me because I missed dinner. To me, I never left the backyard. I didn’t even get the fact that I was missing time. I was gone for like two and a half hours but I never left the backyard. Now my girlfriend, this is the beginning of the end for that relationship because my girlfriend’s parents never really liked me after that and I had been living with her for years.  I had several paranormal experiences after that. The thing I’m saying is that if I was abducted, I don’t remember anything. There was no aliens involved. I lost time, that’s all I recall, like I said. What the heck happened to me?”  NOTE: The above image is CGI.