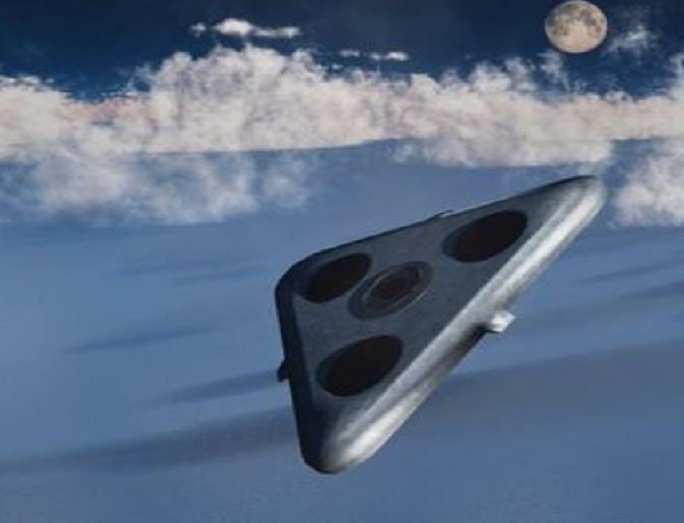 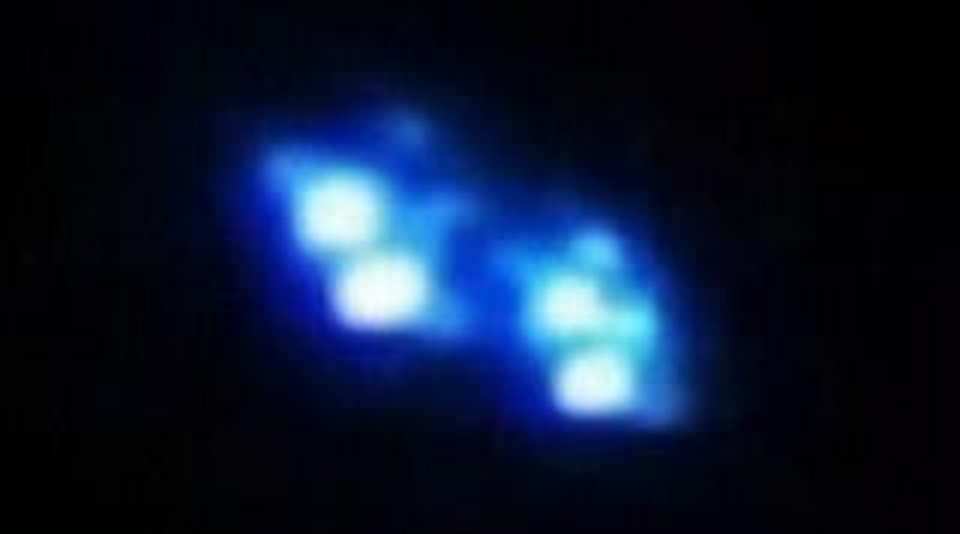 TWO BUSY DAY’S FOR ALIEN CRAFT SIGHTINGS
.
Feb. 12, 1967; Grand Rapids, Mich. (BBU 11355)
3:40 a.m. Lou Atkinson saw 4 fluorescent, football-shaped objects, a dull, almost gray luminous color, fly NE in a very rigid formation with a chirping noise. (Berliner)
.
Feb. 12, 1967; Wharton, TX
Evening. Many people, including an airport manager, saw a bell-shaped object with bright light in the dome and revolving red, green, blue, and amber lights at the bottom edge (body lights). The object flew over the witness’s car just above phone wires along the road, appearing big enough to cover the highway. It was later seen at tree-top level, where it hovered, banked, and took off. (Hall, 2001, p. 160; Houston Chronicle, Texas, 2/15/67.)
.
Feb. 12, 1967; Barrow, AK
Night. A man saw a basically red object that also emitted some bright green light. The object maneuvered and reportedly landed on ice for up to 20 minutes. It also hovered over a theater. A power failure occurred about the same time. (Fairbanks News-Miner, Alaska, 2/14/67, copy in NICAP files.)
.
Feb. 12, 1967; Kensington, CT
6:00 p.m. EST. Two known witnesses (plus other curious motorists) stopped to observe a bright white glowing object that had a red light on each side (body lights) hovering just off the road. (Fowler, 1974, p. 344.)
.
Feb. 12, 1967; Willington, CT
6:10 p.m. A man saw a bright white object that looked like a welding arc hovering over power lines. It was blindingly bright and brought tears to his eyes. (The Hartford Courant, Conn., 2/14/67, copy in Donald E. Keyhoe Archives files.).
.
Feb.13, 1967; Novato, CA
12:30 p.m. PST. A witness watching aircraft first saw a white disc passing overhead at high speed. Three other discs then appeared from different directions and fell in behind the first (rendezvous). The last one was black. (NICAP report form.)
.
Feb. 13, 1967; Tabor, IA
Early Evening. A man saw a large round red object with a searchlight (light beam) directed downwards that was sweeping the ground. The object moved slowly at first, then accelerated. (Letter dated 2/22/67 in NICAP files.)
.
Feb. 13, 1967; Davis, CA
7:15 p.m. PST. Two women driving home saw an object that came within 100 yards of their car. The initial light resolved itself into three huge lights in a triangular formation. The object tipped up to display a disc base and a central red light and 5-6 dimmer white lights (body lights). (NICAP report form; McDonald, 1967, case 7; reprinted in Vaughan, 1995, pp. 205-6.)
.
Feb. 13, 1967; Woodland, CA
8:30 p.m. PST. An ex-Air Force man with pilot training saw a bright light for 25 minutes which maneuvered and seemed to pace his car. (NICAP report form, Los Angeles NICAP Subcommittee report, NICAP files.) [Note: There are two towns named Woodland in California. One, in Yolo County, is 12 miles north of Davis. The other, in Tulare County, is 245 miles to the southeast of Davis.]   NOTE: The above image is real but from another sighting.
.
KEN PFEIFER WORLD UFO PHOTOS AND NEWS
WWW.WORLDUFOPHOTOSANDNEWS.ORG
WWW.WORLDUFOPHOTOS.ORG
THANKS TO  http://www.nicap.org
.
.