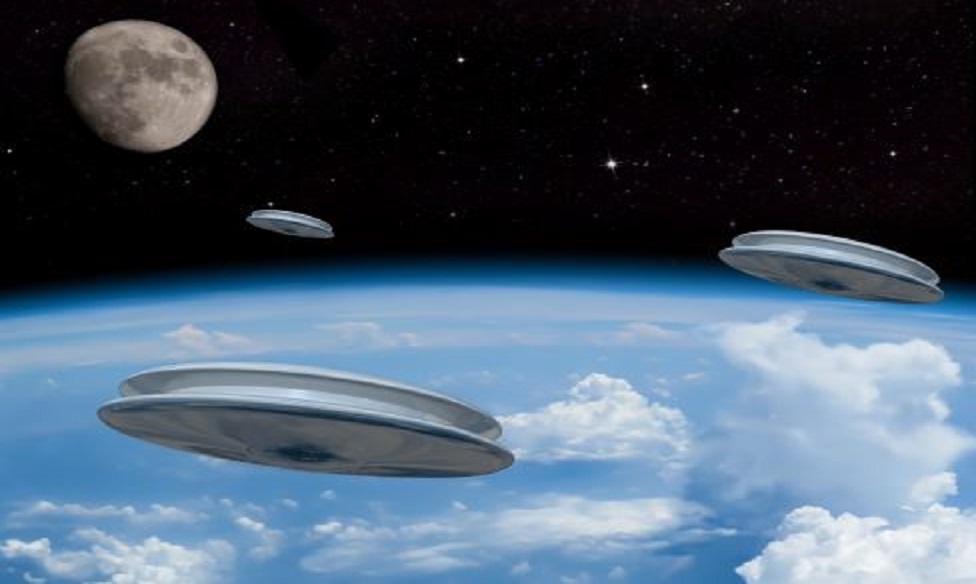 MULTIPLE ALIEN CRAFT ENCOUNTERED IN AUSTRALIA
.
FEBURARY 1981…… 1 AM……. MELBOURNE AUSTRALIA
.
Observer reported six blue coloured discs “about the size of a shirt button held at arm’s length” passing overhead giving him a feeling of static or magnetic feeling. When he first saw them overhead, they were circular, but as they sped away, they looked flattened like a disc. While in sight they were darting around each other though never crossing over each other’s path. There was always a gap between each disc. The point of reference in the sky was the Saucepan.

Additional Details:
On this particular night, Craig was out in his front yard endeavouring to cool off after a 35 degrees plus hot day in the suburb of Fawkner in Melbourne. He noticed six disc shaped objects approaching from the northeast. These objects were travelling at first, in a tight circular pattern with an object of the same size in the centre. As they passed overhead, Craig now saw clearly that each of the objects emitted an electric blue in colour though no sound could be heard. Given the clear viewing condition of that night, he could distinctly see that each of the objects was in fact darting in around, behind, and in front of each other. All were darting without actually breading the larger boundary of the group or formation. Craig, living in the flight path of Essendon and Melbourne Airports, is also quite familiar with virtually all types of low flying aircraft that fly over regularly each day at approximate heights of 2000 feet. Each of these objects to be the size of a small single engine plane.  The duration of the sighting lasted approximately seven seconds with the objects soon disappearing heading in a southwesterly direction. There were no particularly noticeable effects involved with this sighting except to say, and I quote, “It is without a doubt the most exciting thing I have ever witnessed or been apart of!”  NOTE: The above image is CGI.