8th July. A motorist, who wished to remain anonymous, would notice a sudden “white gleam” ahead of him as he made his way along the otherwise quiet road. Believing it was a road accident he began to slow his vehicle a little. Then, the road began to turn. It was now that he could the source of the light came from a strange hovering craft. A dip in the road prevented him from seeing the bottom of it, but the top had a “rounded” look to it. Furthermore, inside this mammoth craft, he could see “silhouettes” of humanoid figures wearing helmets and tight, shiny suits similar to “astronaut outfits”.  He would return his attention back to the road. When he looked back he could no longer see the huge craft. Upon arriving home, his wife and mother would inform him they had seen a strange bright light zig-zagging through the skies overhead. This would have matched the time just after his sightings. Even stranger, when he returned to the spot the following day, he would discover strange markings on a dirt road at the side of the main road.  NOTE: The above image is CGI. 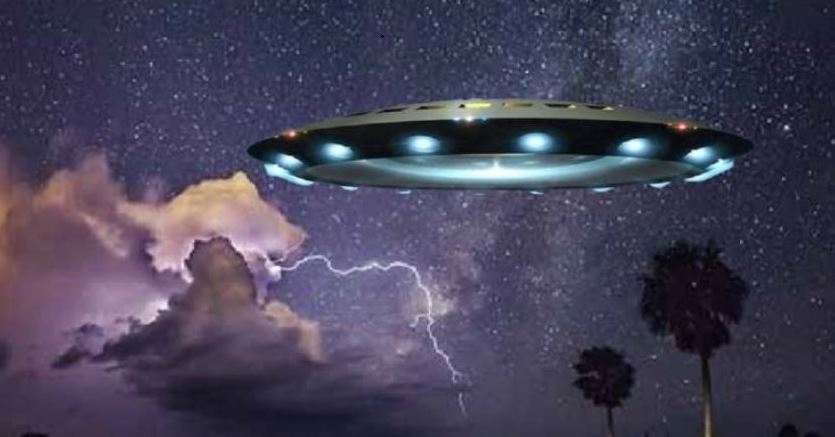 A Hovering And Then Disappearing Luminous Object

At a little after 11 pm on 30th July 1978, two teenage boys and a teenage girl, all aged 16 to 17-years-old, were sat at the foot of the mountains near Nyons in the Drome region of southern France. They were part of an “astronomy bootcamp” who were staying at the farmhouse of a local family. The three youngsters had arrived a day earlier than the rest of their group, who would arrive from Nyons in the morning. While their hosts had turned in the for the evening, they had ventured out with their telescopes to enjoy the night sky.  As they were looking upwards with their binoculars, they noticed a strange “luminous object” which passed over them several times, getting slightly lower with each pass. It would come to a stop over the trees of the nearby woodland. Intrigued, the three teenagers began towards the hovering craft. However, when they were around fifty yards away, the object simply vanished. As if it were a projection that had been switched off.  Thinking that it might have landed they continued forward to the spot below where only moments earlier it hovered brightly. However, due to the limited light – they had only their small flashlights – they couldn’t find an entrance into the woodland. They would make their way back to the farmhouse with a plan to head back to the spot in the daylight.

The following day, they did indeed find a gap in the fencing and heavy vegetation and followed a path into the woods. They would eventually find their way into a clearing. In front of them was a circular patch of “large yellowed and hardened grass”. They appeared to have been burned and was a little of five meters across.  A little later in the day, they would tell the owner of the farm, whose identity we know only as “Mr. X” of their discovery. In response, he would inform them that where he took his sheep to graze had similar “yellow spots” of grass. However, when they showed him, the area of their discovery he would state he never brought his sheep this far. And never into the woods. Besides which, the grass in the clearing was very different to elsewhere in the farmer’s fields. This was “dry and friable” right down to the root.  Over the following day, the group would return once again to the spot but didn’t discover anything new. However, one of the boys (it is unclear who as all witnesses are unnamed) claimed to see “a silhouette of a small size (man) covered in silver clothing”. He would tell the other two members of his group. However, neither had seen anything. He would eventually relent and accept it must have been an optical illusion or just his imagination.  However, it wouldn’t be the last time the trio would find themselves near this same clearing. And it wouldn’t be the end of the strange encounters.

“A Noise Coming Out Of The Woods!” – And Getting Closer!

The group had made their way to a quarry on the other side of the clearing later that afternoon. On the way back, they followed a “stony path” that went near to the woods and the strange circle. It was here they “heard a noise coming from the wood”. They at first believe it to be one of the other amateur astronomers from their group. However, the noise grew louder. And closer.  The closer it got the more it would sound “exactly (like) the noise produced by somebody walking in the wood”. Breaking branches and trampled undergrowth made the group turn their heads in the direction it appeared to be coming from. However, nothing was there. They continued to look expecting to see someone approach them any minute. All the while, the sound of the “steps” steadily increased as they seemingly came closer.  The longer this went on for, the increasingly scared they became. The trio began to move backward, slowly, watching all around them as best they could. They noticed that the sounds of the footsteps had now stopped. They too stopped and listened intently once more.  Suddenly, the steps began again. Louder and faster this time. And again, they appeared to come closer to them. Now completely unnerved they turned and ran as fast as they could. They didn’t stop, nor look back, until they were in the clearing and could see other members of their group.  NOTE: The above image is CGI.