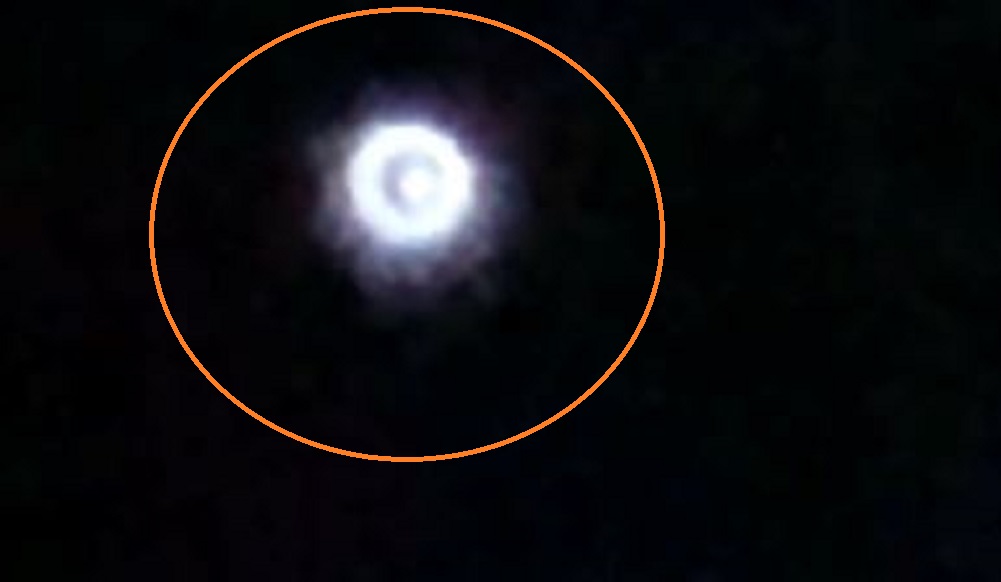 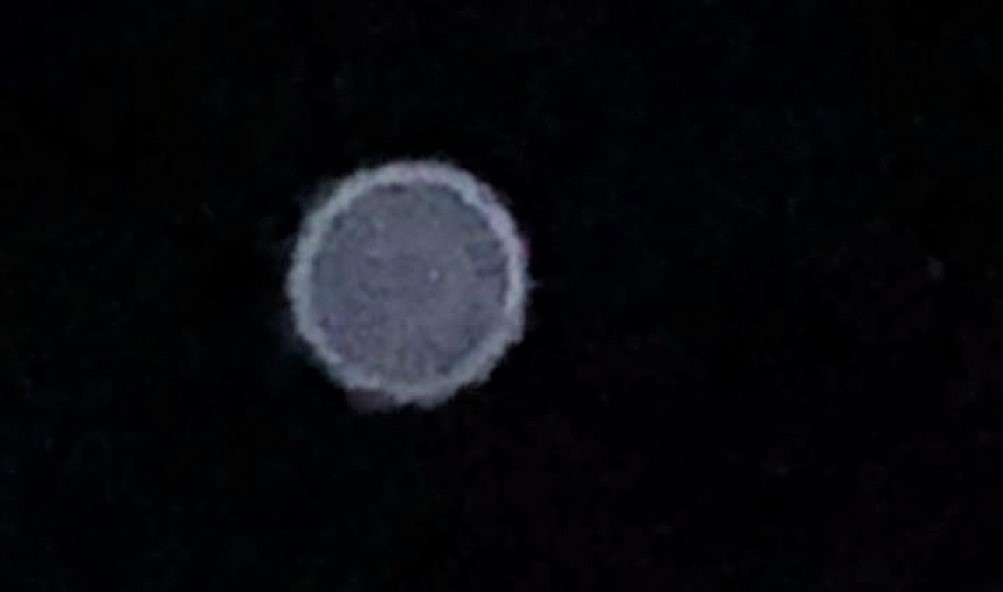 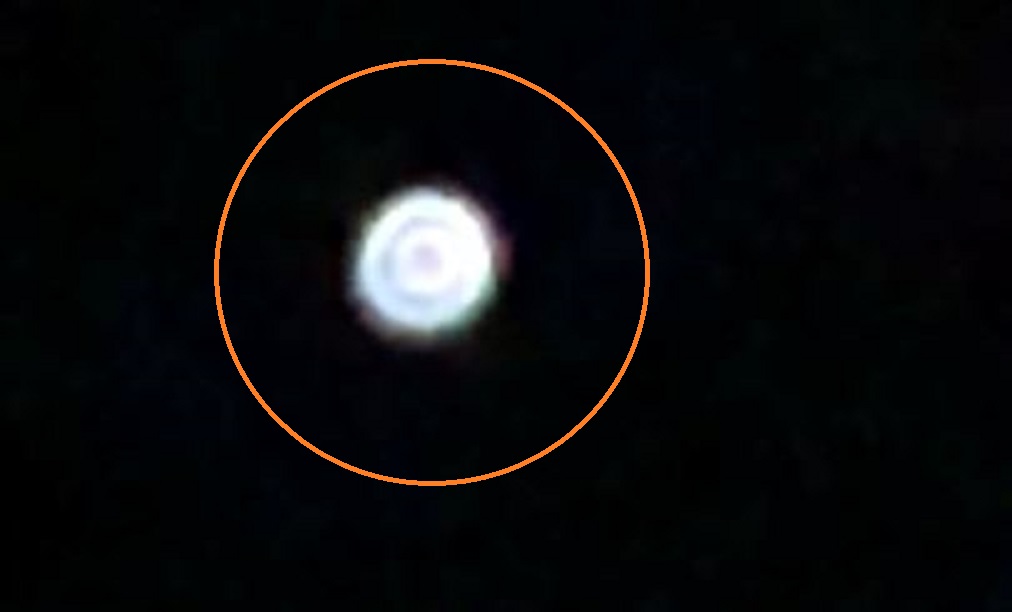 The two females witnesses were travelling south on the Bruce Hwy from Cairns to Babinda, they noticed a bright light in the sky when they were north of Gordonvale and did not take much notice of it. At Behanna Creek the object was now seen to the left side of the road above the tree top level, although the night was dark the witnesses believe the object was about 300m distant and 16cm at arms length. It was a round shape with rays of light coming off it. The driver of the vehicle sped up and the object paced the car at keeping the same distance. The driver stopped the car at road works traffic light at Mt Sophia, the object stopped similarly at the same distance. The witnesses traveled to the next road works traffic light north of Deeral where they stopped again. The object stopped at similar distance again. The sky according to the witnesses “went strange”, the object dropped down and now appeared as an orange/red crescent shape about 60cm at arms length. Its light levels increased as white light lit up the surrounding area as if daylight. The driver “floored it” as the traffic light indicated green. The object moved away becoming a small white light and continued to follow the car at a distance. The witnesses stopped their car 6 minutes later at the DPI inspection station north of Babinda. The object went downwards and out of sight. The witnesses then drove home without further incident. At no time did the witnesses hear any sound emanating from the object.  Additional Information:  No air traffic movements were recorded in the area at the time. The witnesses noticed no other cars on the highway when the object was close. Staff at the DPI station apparently did not see the object. The witnesses believe they saw the object again on the 24.06.98 at similar time but only as a bright point source light. There were four people in the car this occasion. It did not follow them. It remained stationary in the sky.  NOTE: The above image is CGI. 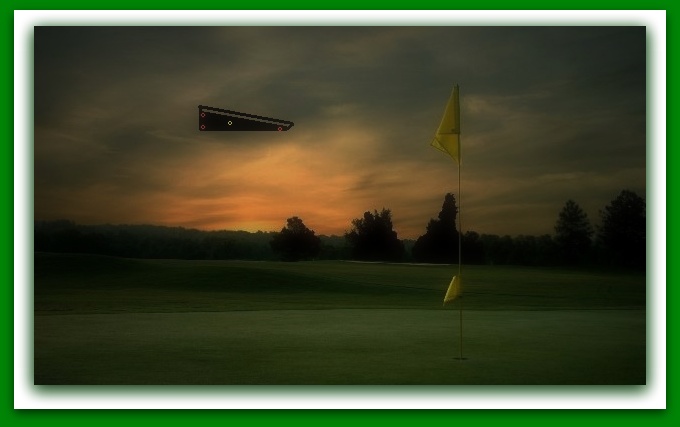 I wish to tell you of a sighting experienced by my friend and I. We were on a golf course at about 2:00 a.m.; fooling around, shooting guns and lighting up a few smokes. I then heard a distinct “CRACK” like the shot of a .22 except much louder and in the atmosphere.  Then we heard a fizzzzz and then a noise occurred that I couldn’t explain sort of a boom wee woo, boom wee woo, boom wee woo, and so on.  Then we saw a triangular object with four lights; 3 red, and one purplish. No computer color can duplicate it. We could tell it was a triangle because a whole bunch of very small lights appeared on the object. It was about the size of a large school bus.  Then my friend panicked, and shot at it. He missed it by far, but the lights on this ship turned into a red hue I can’t describe.  I quickly reminded my friend that this could be a UFO or military craft that would probably react hostilely to gun fire. The outside red lights began to move slowly toward the middle light. Me and my friend began to realize that this might be a weapon of some kind so we ran for our lives.  I never let my eyes off it as I ran down the road outside the golf course. Then it began to become transparent and just disappeared. Entire sighting lasted approximately 15 minutes. Please look at the attachment. I tried my best to create it on a very basic program but you’ll get the idea. 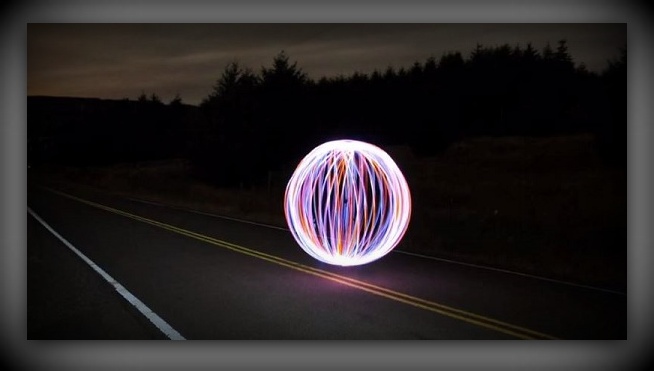 USAF Veteran witnessed a glowing amber pulsating ball floating in a field.  While driving my asthmatic wife at 0255 hours, during an asthmatic episode, to open up her lungs.  Myself…a USAF veteran, with 4 1/2 years of flight line experience, working night shift, viewing normal flight patterns, witnessed an amber pulsating ball floating in a field to the right of the road we were traveling.  The circular light was eye level with me driving my vehicle. The field was around 6 feet lower than the road I was traveling in a valley surrounded my forest. The ball was glowing an amber color but pulsating light with small light glowing beneath it.  The light looked like a dim flame or my best description of it is it looked as if it was a reflection of light off a lake but in the air. To me it looked more like some kind of energy source over a physical object because of the unusual light it was emitting.  After questioning what we witnessed we turned around and confirmed our sighting. Because of my wife’s fragile condition, I was unable to park and investigate, and document, the sighting.  NOTE: The above image is a rendering