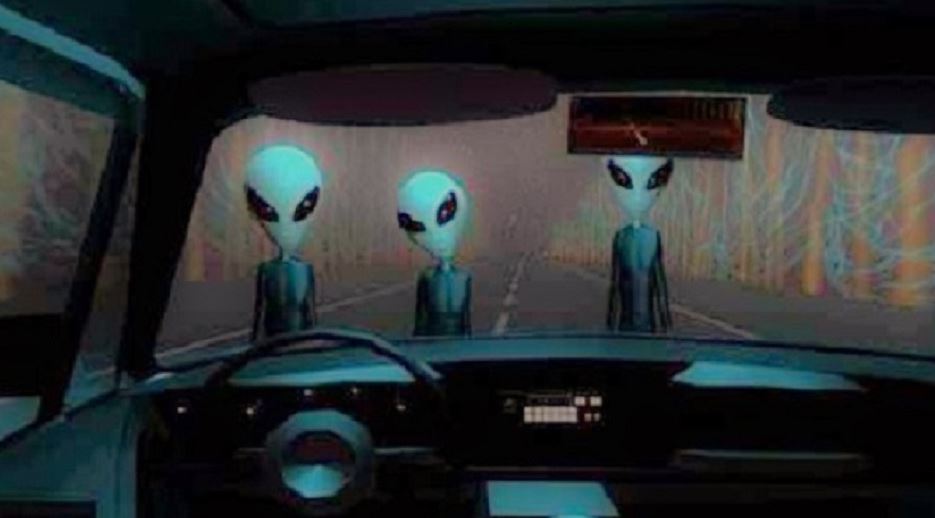 This is my account of the incident.  We were together when it happened. It started one evening in the summer.   My cousin and I were the same age and we were on our way to our grandmother’s house who lived near the Lake of the Ozarks in Missouri. To the best of my recollection they were also two adults in the front seat of the car both of them were my aunt’s, one was my cousin’s mother and the other one was her sister our other aunt. We were on our way from St.Louis to spend time at my grandmother’s house. My cousin lived with my grandmother at the time but she must have ridden up in the car to pick me up I can’t remember how that circumstances happened. I just know we were both in the car and I believe there was two adults in the front seat and we were driving down highway 21 heading toward Lesterville Missouri. I don’t know the time, I just know it was very dark outside this is a country road very windy with no street lights no lights of any kind so it’s totally Pitch Black. We were the only car on the road that we could see and there were no other lights until this bright light appeared from behind us. We could see out the back of the car a bright bright light coming toward us and it just kept coming until we were engulfed in this bright light. We could not see any shape only bright lights, everyone in the car was totally silent it was like we were floating and in a trance of some sort. No one was talking, or screaming and no one was afraid. It doesn’t make sense to me why we would not have been talking or afraid or something.  Why was everybody just silent and in a trance-like state. It was really strange. It was just like we felt numb or something. And then right next to us close enough that we felt like we could reach out and touch them there were two Greys which we could only see from their side view from the shoulder up. Then they both turned and looked at us in unison. I don’t understand why we weren’t afraid and everything was totally silent. I don’t know how long we were looking at them or they were looking at us. I don’t know how long because we were in limbo of sorts, because we were not driving on this curvy Road anymore and because I didn’t feel the car moving. Nothing really makes sense. After the Grey’s were done looking at us they turned in Unison again back to the position they were in before they turn to look at us originally.

It was almost like they were looking out the front of something. We had to be up in the air or something because otherwise we couldn’t have been at the same level as the greys were. Because we were in a car on the ground it doesn’t make sense. So I’m assuming either the whole car was lifted up or just we were. I just know we felt like we were floating. At some point we were then driving again still no one was speaking about it, no one acted like anything had happened. Then we saw the bright light go in front of us. This bright round light which took off really fast going straight in front of us then shot up to the side and then when at another angle and then went straight up and disappeared. I have no idea of the time lapse how long anything happened. I don’t really know if we were in the same location after the incident happened as we were before it happened or if we were closer to the house we were going to. But when we arrived at my grandmother’s house nobody talked about it nobody mentioned it no one acted afraid it was like it really never happened. Then either the next day or the day after we started to talk about it a little bit and one of my aunts aunt’s drew pictures of what we saw. Back in those days I had no idea what an alien was, or what a grey was. The pictures that my aunt drew at the time which I don’t have access to now, looked exactly like a grey. I had no idea what an alien or grey looked like at that time in my life. I don’t think aliens or UFO’s had ever been mentioned to me before this, incident but I know what I saw and it looks like exactly what Grey’s are depicted to look like now. It was a whitish grey smooth type of skin with big slanted eyes barely any nose and very small mouth no ears. I don’t remember the expression on the greys face ever changing. My family discussed it a little bit throughout the years But I don’t really think that most of them believed us.  NOTE: The above image is CGI.