Woke up and was looking out the window at 3 am on November 7th. I saw something flashing in the sky and it was a object above the tre line up by the stars it seemed. There was a trail of about 7 lines in a triangle shape. Whites, green and red For out of bed and took about 50 pictures of this. It seemed to change shapes It moved very slow I watched it for about 30-3( minutes and took pictures of it. Went back to bed , it was still there. I live in the woods with no city lights around or any major airports.

This thing just flashed and seemed to change shapes as the pictures show. I have many more photos then I could attach on here too.  KENS NOTE:  These objects were in the upper atmosphere.  The better camera’s means better photo’s.  The millions of pixels help us in enlarging these photos with great clarity.

SEE ALL OF THE PHOTOS ON HTTP://WWW.WORLDUFOPHOTOS.ORG

ALIEN ORB CLOSE ENCOUNTER IN ATHENS VERMONT
.
NOVEMBER 17, 2014   ………  ATHENS VERMONT
.
I was reading in bed and I had just finished so I turned the light out. I had been in the dark for no more than a minute when I saw a green light illuminating my room and the room outside my door. I sat up and looked out the window and witnessed a green orb decending from above the housd to the second floor window adjacent to me. I could hear what sounded like large gears rotating even though the window and wall. The orb then entered through the window affecting nothing physically. The sound of rotating gears was quite loud at this point and I had been watching it move from behind what served as a temporary door. The orb moved half way into the room before I got up to approach it and had been no more than 10 feet from where I was standing. I slowly and quietly began to approach the door because I had wanted to see it up close and personal, touch it if possible. Yet when I got to the door and tried to go out the orb moved at incredible speed back through the window as if it were not even there and accended rapidly into the sky and out of sight. This event was not ball lightning yet I do not particularly expect anyone to believe me. This orb however expressed awareness and inteligence and when it knew I had been aware of it. It flew away. This is not my first experience and I am sure it will not be my last.  NOTE: The above image is CGI.
.
This MUFON case is under investigation by State Director Ken Pfeifer of MUFON Vermont.
.
KEN PFEIFER WORLD UFO PHOTOS AND NEWS
WWW.WORLDUFOPHOTOSANDNEWS.ORG
WWW.WORLDUFOPHOTOS.ORG
THANKS TO WWW.MUFON.COM CASE FILES
.
.

HIGH ALTITUDE ALIEN DISC SPOTTED IN VERMONT
.
NOVEMBER 17, 2015  ………. SAINT ALBANS VERMONT
.
I was out walking my dog just before midnight.  The sky was clear and the stars were unusually bright.  As I was looking up at the sky, I noticed and extremely bright star.  It first appeared to be round with beams of light emitted from it in bright white (as one would envision the Christmas star).  It was the only star that bright, all the others were “normal”.       After almost half a minute of keeping an eye on just that “star”, I noticed that the rays it produced were only forming on the top half of the orb.  Looking closer, I noticed that it was not just white with a hint of blue.  Two different shades of blue were present with flashes of red and green. When a flash ended, the space it had been in was more amber than yellow or white.    I thought, even at this point, my eyes were playing tricks on me. So, I waited and thought I saw it move up then down.  The dog started pulling on his leash, so I went inside.    About 10 minuets later, I decided that I wanted to take another look and headed back outside.  It was sill there, and the color activity was more intense.  The shape was more disc like, but I could not see the actual bottom.  It looked like the light illuminated the outline of the top of the disc, with the light being emitted from the top.  Now when the colors appeared, they ran from left to right along the rim of the disc, and came one after the other.  One color would get just past the middle of the object and another would begin it’s trip around.  Again, I thought I noticed movement, so I purposely stepped into an area where there were low tree branches.  Since there was no wind, I could use this vantage point as a marker to see if there really was movement.    The object swayed left to right, like it was in a hammock.  Then it traveled up from below a branch to well above it, then back down, not going fast and never going back to the exact same space.  I knew this was not me moving as I had sat down in a chair to be sure to be steady and not rock or sway as I stood looking up.     I stood watching it become more mobile for 5 minuets more then headed inside for 5 minuets.  When I went back outside to check on it again, it was further south than it had been. Very little light activity was happening at this point, and the swaying had stopped.  I immediately came in to report this.  NOTE: The above image is a rendering.
.
This case is under investigation by MUFON State Director Ken Pfeifer
.
KEN PFEIFER WORLD UFO PHOTOS AND NEWS
WWW.WORLDUFOPHOTOSANDNEWS.ORG
WWW.WORLDUFOPHOTOS.ORG
THANKS TO WWW.MUFON.COM
.
. 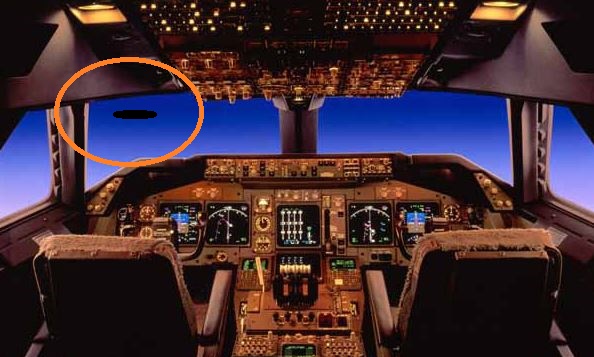