Just before 9 pm on the evening of 3rd October 1978, 29-year-old, Hideichi Amano, the owner of a local snack bar, sat in his car on top of a mountain area overlooking Sayama City in Japan’s Saitama Prefecture. Amano was a keen HAM radio operator and the reception was much clearer from this spot.  On this evening as he listened to the chatter on the radio waves, he was chatting with his brother who lived on the other side of Japan. They spoke for several minutes before Amano spoke to several other HAM operators in the area. In the car with him sat his 2-year-old daughter, Juri, and because of this he would excuse himself from the airwaves and make the decision to return home earlier than normal.  However, just as he began to set out for home, a strange bright light announced itself and filled the interior of the vehicle rudely and suddenly. He quickly moved his eyes around the inside of the car trying to locate the source of the intense glow. Unable to do so, he turned his attention to outside the car, winding down to the window and pushing his head outside into the dark night.  When he did, though, instead of seeing a physical object shining down a light towards them, he instead saw nothing at all out of the ordinary. The night and his surroundings were perfectly serene. The light, it appeared, was coming from inside the car.  When he returned his head inside the vehicle, though, he was confronted with the sight of his young daughter, laying on her back seemingly in a trance and foaming at the mouth.

Before he could turn his full attention to Juri, however, a “strange orange circle of light” appeared on his lower abdomen. He would trace the light, through the windscreen of the car and seemingly to a point in the distant night sky.  Suddenly, a feeling of something pressing against the right side of his head overcame him. When he turned his head, a bizarre “unearthly creature” with a pipe-like object merging from its mouth stood next to the car. The “pipe” was pressing against Amano’s face, from which he could hear “voiceless high-pitched noises”. He would later liken them to a tape recording on high-speed.  This bizarre creature’s head was round but seemingly with no neck. It also donned large ears which were pointed at the top, as well as a distinct triangular “depression” on its forehead. The eyes would glow a blue-white color, while the pipe pressing against his head would cover its mouth and nose.  The more he began to regain control over his senses in the following moments, the increasingly frightened he became. His attempts to start the car would go without reward. Both the engine and the headlights were seemingly without power. At the same time, the strange high-pitched sounds continued, filling his brain with their alien message.  He seemingly submitted to this bizarre auditory grip until around five minutes later when the bizarre creature began to fade away. As did the device pressing against his head. Furthermore, the high-pitched instructions ceased. And the orange light that apparently reached for him from somewhere deep in the cosmos vanished.  For a mini-second, there was perfect silence. Then, the headlights, radio, and engine of his car burst into life at the same time. When he checked his watch, it was stopped at 9:57 pm.

It wasn’t until several minutes later after he had negotiated the descending road from the mountain to the foothills below that his daughter’s calls for a drink of water snapped him back to the moment. Feeling safe he had put enough distance between themselves and whatever it was that had penetrated the car on the mountain top, he brought the vehicle to a stop momentarily to check on Juri.  After wrestling with whether to do so or not, he would make a report to police of the incident on the way home. Knowing immediately that they didn’t take his information seriously, he would regret doing so.  By the time he returned home to the apartment above the snack bar he and his wife owned, his daughter was fast asleep. He would leave her with his wife, who was watching the counter of the snack bar, while he went straight to bed. A sudden and piercing headache had taken hold on the drive home.  Over the following days, however, likely from the police report, reporters and television researchers got hold of the account. One show, in particular, one of the most popular in Japan at the time called “11 pm” took an interest. They wished for him to undergo hypnotic regression so they could prove his case. He would agree and Akio Morihe, a professional hypnotist was in charge of unveiling just what happened that evening.  NOTE: The above Image is CGI. 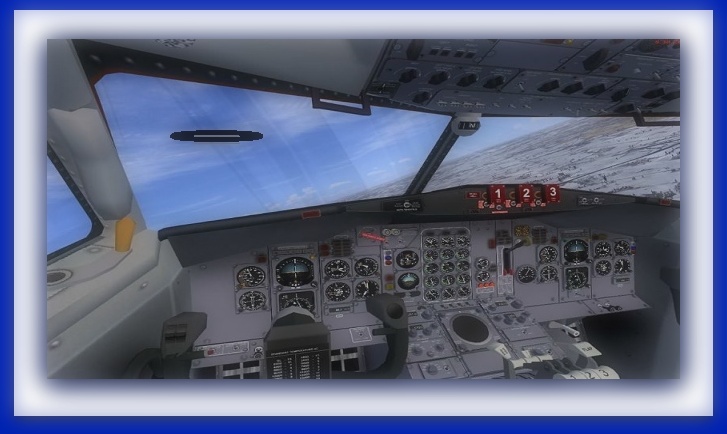 This is a FIRST hand, eyewitness account from the pilot himself who today feels that “no other pilots care, many strange things have been reported across the bar.” Today, there are a bountiful rising amount of informal looks into UFO and ET Phenomenon not just in Canada but other global spots as well.   Pan American World Airways Pilot, Captain Ralph Loewinger. When I asked him if he believed in different levels and forms of The Supernatural and why he responded, “I am not sure at this point in my life. I will NOT discount it however.” On October 3rd, 1967, Ralph was the copilot of PAA Flight 160, a Boeing 707 cargo ship out of New York headed to London.

They were approaching Yarmouth, Nova Scotia at approximately 33,000 feet when the strange occurrence had hit. The night was described by Ralph as “clear, moonless and the lights of the south coast were plainly in view.” He was the first to observe a formation of lights that sat at eleven o’clock position and a bit high.  “It appeared to be another large transport, showing all lights, heading straight for us in a left bank which would take it across our bow. I announced to Captain Curt Olsen and flight engineer Mike Littlepage to ‘watch this guy!'” All eyes were on deck watching what became known as and referred to as ‘The Lights’. Both pilots went onto the control yokes to avoid collision. The lights hung at a 45 degree angle downslope left to right.The pilots did not file a UFO report when asked if they had wanted to when talking with the Boston air traffic control center. Even-though it was confirmed by the control center that there was no traffic near the plane the pilots decided to let this go to avoid filing out paperwork.  Ralph says that they should have “been closing in on this strange target if it was standing still, and Mike remembers the lights getting closer.” He also recalls bringing the Navigator and Third Pilot up from the gallery to point this out. Over the past forty plus years, details become grained and blurred but one thing remains a constant which is that night over Nova Scotia, many people in flight and on ground witnessed ‘The Lights.’
.

This is a FIRST hand, eyewitness account from the pilot himself who today feels that “no other pilots care, many strange things have been reported across the bar.” Today, there are a bountiful rising amount of informal looks into UFO and ET Phenomenon not just in Canada but other global spots as well.  NOTE: The above image is a rendering.