I was standing on my large rooftop terrace in downtown Dallas, which is atop of a 15 story building. It was early evening on a Sunday, around 7pm. It was located the Dallas Zoo and the Trinity Forrest area. I noticed an object that had silvery white sides, and red lights. I am a former private pilot with 20/20 vision, and an avid amateur astronomer. I am adept at estimating distance. The craft stayed stationary for 12 minutes or so, turning slowly. It appeared to be round towards the bottom, and tapered, then flat on the top. I estimate that it was at least 5 to 7 miles away. It slowly faded and disappeared. It did not go “up” or sideways. It simply faded into nothing. I attempted to video it with my smartphone, but the digital focus didn’t produce a good image. I narrated it and recall saying the following; “I don’t know if you can see this, but there is something very strange hovering out near the horizon.” I later deleted the video as the quality was poor and I kind of wrote it off as a something strange. It wasn’t until today that I watched Out of The Blue that I realized it might have actually been something from somewhere else. I literally shouted out loud, “THAT IS IT!!” At the 1:40:13 mark in this video of Out of the Blue there is a video of the EXACT SAME OBJECT over Guayaquil Ecuador. If it wasn’t a UFO, how could 2 people see the same thing in different areas on earth? I have never reported a UFO, and I wouldn’t have this one. But seeing the video in taken Ecuador prompted me to do so.  NOTE: The above image is CGI. 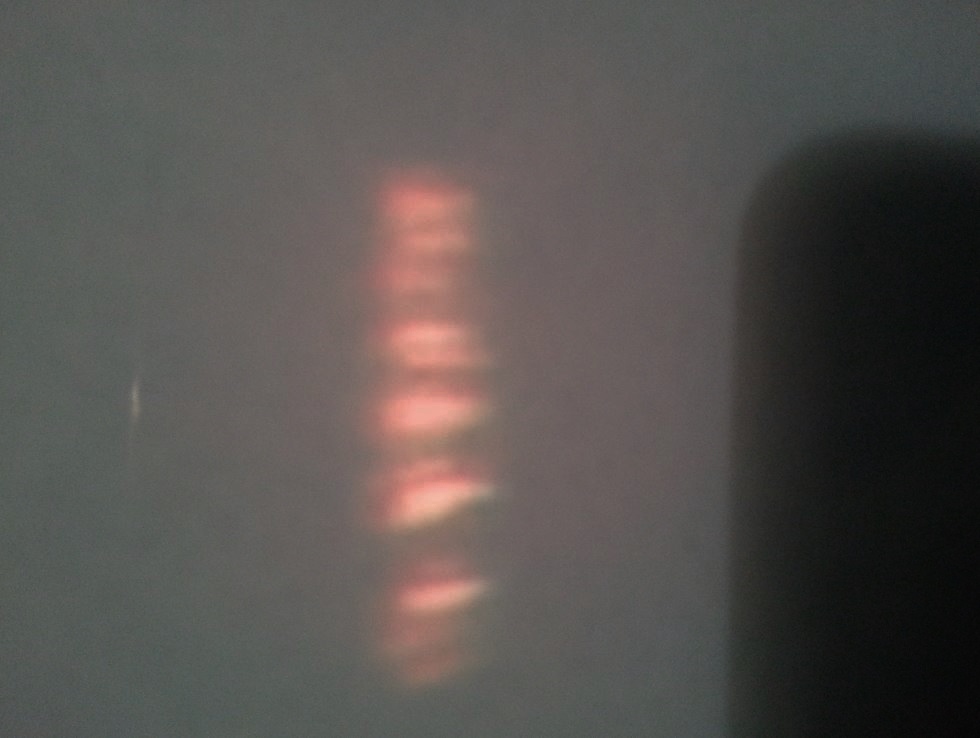 ALIEN CRAFT PHOTOGRAPHER OVER STATEN ISLAND
.
SEPTEMBER 9, 2015   ……….  STATEN ISLAND NEW YORK
.
Witness report:  My neighbor and I were sitting outside enjoying a cup of coffee talking when I noticed above us around 600 feet or so a very odd looking object in the sky.  I said to my friend look at that he stood up and said what is that.  I said I don’t really no.   I never seen anything like it before. We continued to observe what appeared to be a craft around 40 feet long or so it was metallic.  It looked like 6 cones in a row the object hovered around from the west side of our parking lot in a very unstable slow pattern for a bit then it shifted around 10 miles to the left in a split second.  Now that was amazing.  I ran over to my truck grabbed my camera out of my bag and started snapping photos of the craft as I zoomed in I said, this is a UFO man, oh my dear god. The craft was admitting colors of blueish orange at times we continued to view it for over 1 hour. It made its way east but not far from us at all.   It then stopped moving for around 6 minutes or so then the cones separated from each other circled around one another and they all shot off going east at amazing speed it was truly amazing. Not 5 minutes later a helicopter flew over our area.  I don’t know if it had anything to do with it but it to came from the west and flew east strange. The weather was nice around 75 degrees no visible clouds that day very clear calm day.
.
KENS NOTE: I made contact with the witness and he claims he has had many UFO sightings over the years.  My theory is that Manhattan is lit up like a diamond at night.  Alien craft flying over at 100,000 feet or more can easily spot this large area of light on the earth..  Apparently these alien are just as inquisitive as we are, so this is why they visit the area at night.
.
KEN PFEIFER WORLD UFO PHOTOS AND NEWS
WWW.WORLDUFOPHOTOSADNNEWS.ORG
WWW.WORLDUFOPHOTOS.ORG
THANKS TO WWW.MUFON.COM
.
.