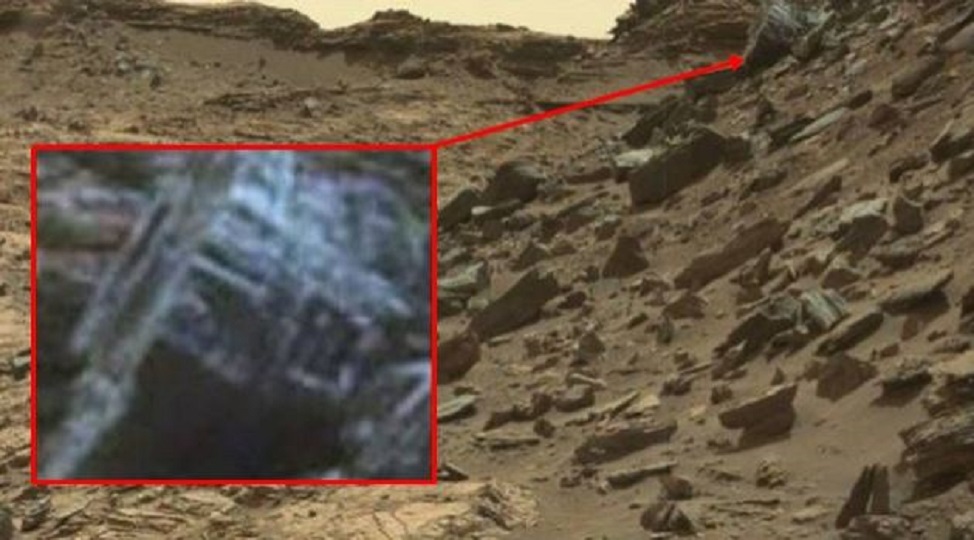 SMOKING GUN EVIDENCE OF ALIEN LIFE ON MARS
.
SEPTEMBER 6, 2016 CUROSITY ROVER IMAGES
.
Incredible images of past civilization on the surface of Mars.  It appears to be a metallic-looking part of a spacecraft that smashed on the surface of the planet or at least it is an abandoned or nonfunctional vehicle or part of a machine which has been used on Mars.  I have discovered many strange things on Mars by searching the hi-definition image on Google Mars.  There are hundrets of things yet to be found on these hi-definition images.