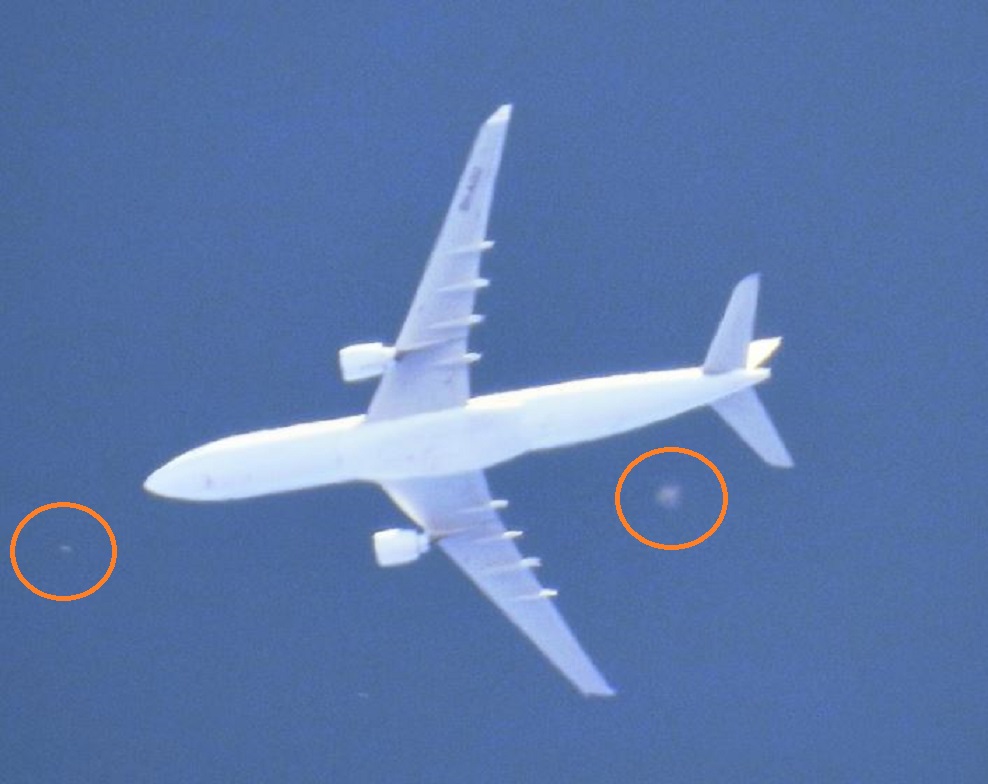 Hi Ken : I was sky watching at Teignmouth when I spotted an approaching passenger plane so I zoomed in to take a photograph and I was amazed to see that the plane was surrounded by lots of different sized UFOs. I was utterly astonished by what I was seeing I counted at least eight UFOs around the passenger plane. All of the UFOs were white and they all appeared to have a strange glow to them. The way these UFOs were moving proved to me that they were definitely under intelligent control. One of the larger UFOs passed directly under the right wing of the passenger plane while the smaller UFOs went to the front and the tail section of the plane. I could not believe that the larger UFO had passed by the planes powerful rolls royce engine with out being sucked in. It proves for sure that these UFOs were not any airborne debris. 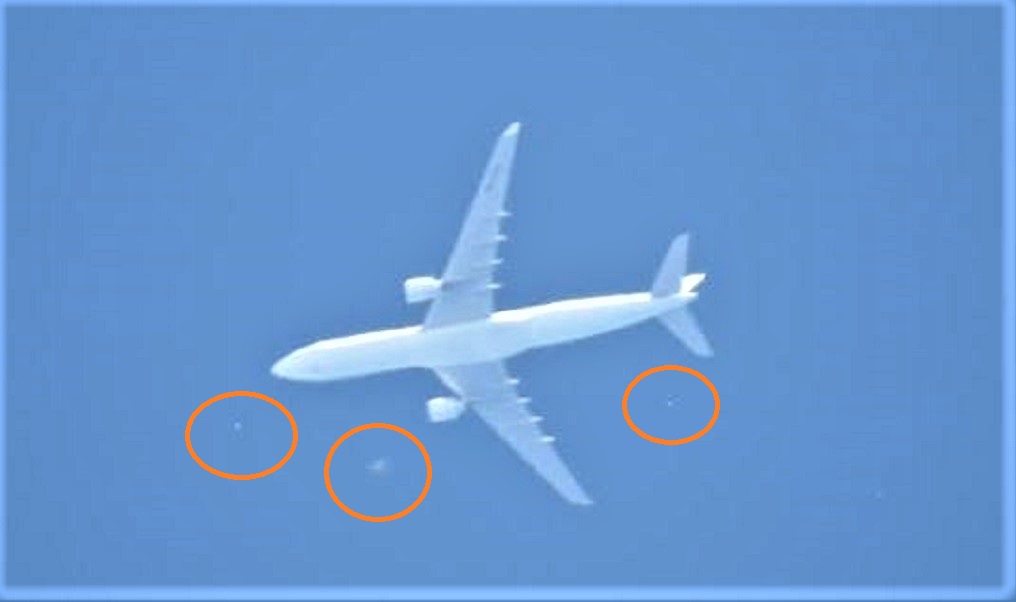 While I had been watching this amazing event unfold through my camera’s viewfinder I had also been taking photographs. The camera was set to burst mode allowing me to capture four photographs of these strange UFOs as they had moved around the passenger plane. After taking the photographs I watched as the plane and the UFOs flew off in to the distance. I am now seeing a lot of UFO activity in Teignmouth and surrounding areas. I wonder what the reason could be behind this sudden increase in activity it really is fascinating. The photographs were taken on the 22nd of ‎July ‎2018, 3:33 PM at Teignmouth Devon England. All the best John. 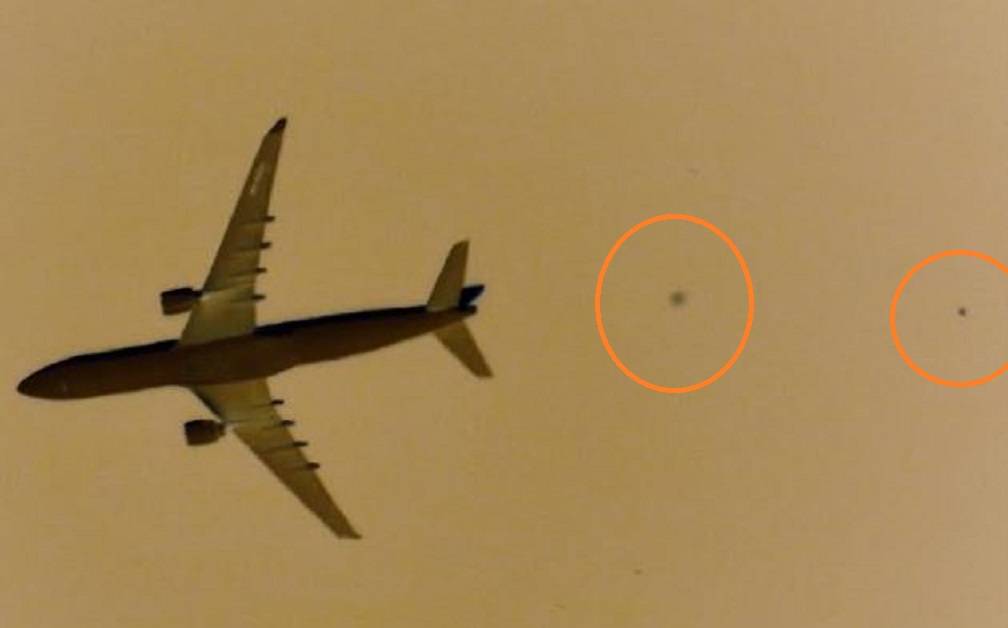