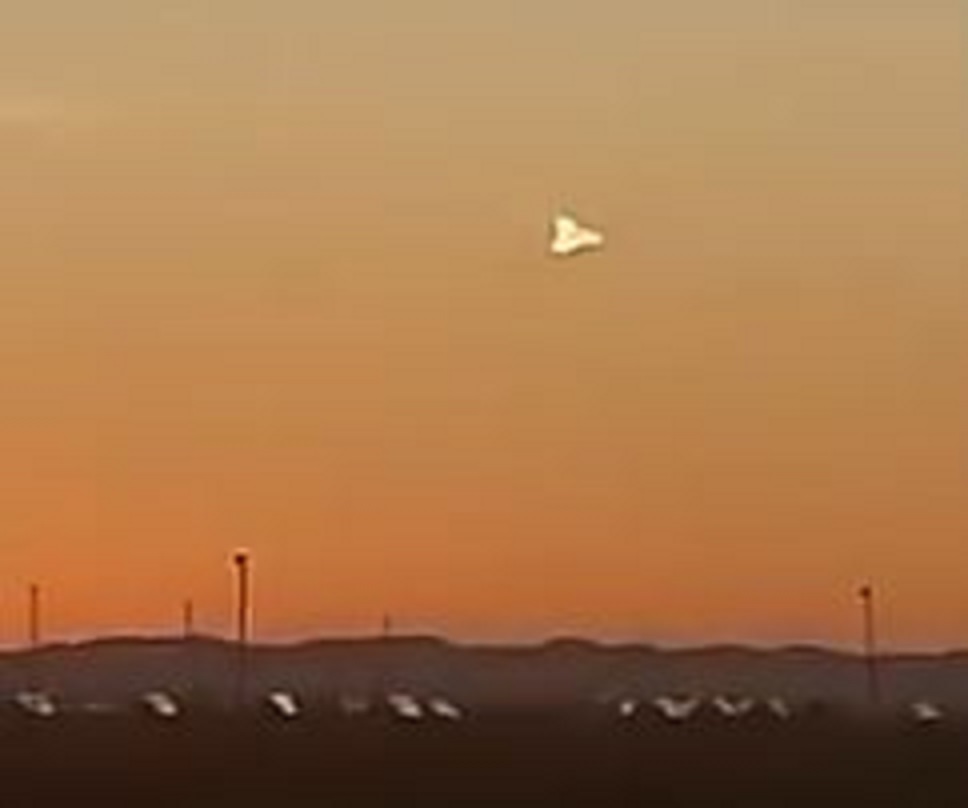 A driver passing by El Paso, Texas recorded something strange in the sky of what appears to be a glowing triangular-shaped UFO. Ufologists are at a loss with the object moving completely silent.   The video shows the strange object moving at high speed in the sky. The UFO appears to be a glowing triangle with a bright backlight, flying without any sound. Some believe that it could be an extraterrestrial aircraft.   Many reports of triangle-shaped craft around the world but not often they are captured on any media. The capture of this type of flying craft surprised American researchers of extraterrestrial civilizations and the aliens.   As apparent aliens appear on the planet every year more often than before, they are also manifested more and more in a fantastic way. Some observers shared their thoughts about the video after analyzing and verifying its authenticity. They note that it was strange the car appeared to pace the UFO so well.  According to the videographer, he was driving to work and noticing a mysterious light in a triangular shape toward the horizon. He took his Samsung Galaxy S8 smartphone out and snapped photos and a short video.   The incident reportedly took place on August 31, 2018, at 6:25 in the morning. He stared at the sunrise as usual because he had to stop a red light. Before he got on the freeway to work, he noticed the UFO to the right. He thought it was weird, so he took multiple pictures.