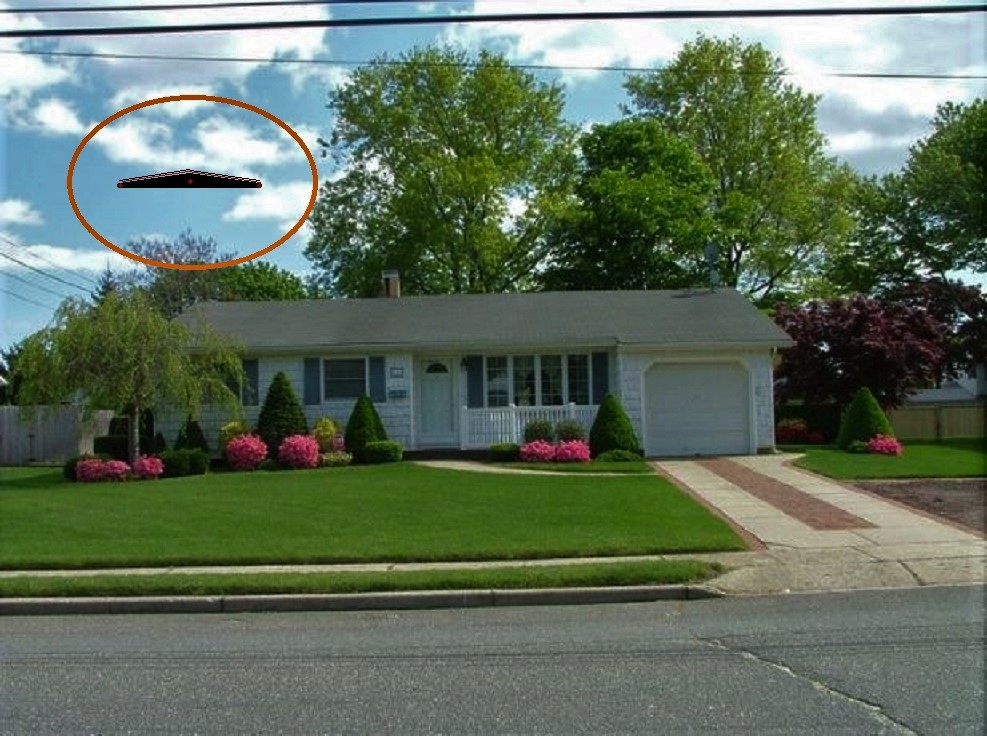 While visiting my Father in Rockford, IL. Approximately 2 hours after having a 20 min conversation about UFO’s and the government’s role in these crafts, my father witnessed a triangular shaped craft hovering just above the tree tops and above the houses across the street towards his home through the front bay window. My Father said “Look son, there is your UFO.” I laughed it off because I thought he was making fun of me. About 5 seconds later I took him seriously and looked. What I saw was a triangular shaped craft with 4-6 off-white/ yellowish lights shining down on the ground. The craft had red, white, and blue lights on the side chasing each other in a sequential pattern. I ran out side to get a closer look and the craft began to continue it’s path from East to West behind the trees and the houses next door, and went out of site. We stayed out side for about 30 mins, and saw another craft which we thought was the same, make the the same path from east to west. It had lights under neath, and flashing lights on the side, but it seemed to be a different craft because this craft made noise like a plane, and left a jet stream, where as the first craft made no noise and had no jet stream or disruption to the atmosphere surrounding it. I caught the second craft on video but, not the first craft. The second craft definitely looked like a plane. However what was awkward the lights underneath the plane and the lights on the side, which normal aircraft do not have. I work for an airline and my father works for aerospace manufacturing. So we are somewhat familiar with planes.  NOTE: The above image is CGI.