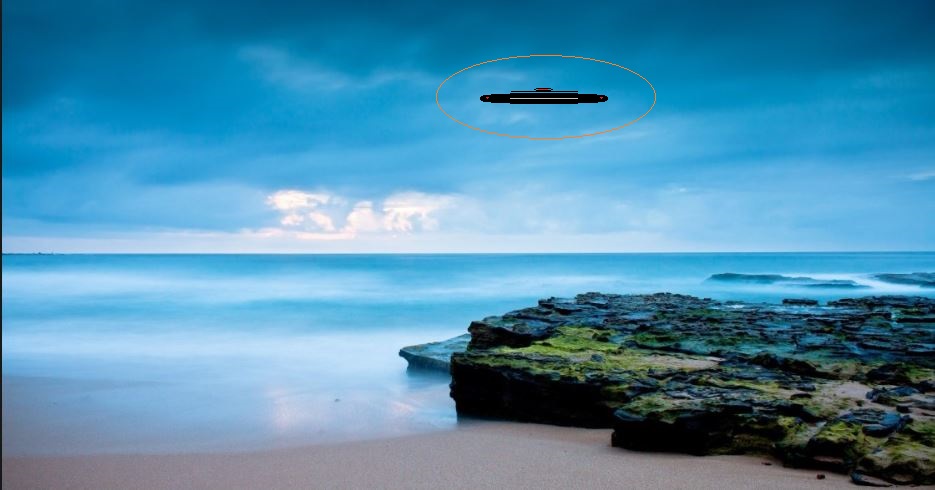 CONTROL TOWER PERSONNEL WITNESS ALIEN CRAFT IN CHILE
.
MARCH 31, 1997   ………….  ARICA CHILE
.
On Monday, March 31, 1997, at 12:55 a.m., three UFOs were seen by people working in the control tower at Aeropuerto Internactional de Chacalluta, just outside of Arica, the northernmost city in Chile. According to the eyewitnesses, the UFOs were hovering just offshore, over the Pacific Ocean, near Morro de Arica (hill) and remained there for two hours. At about 3 a.m., the objects “flew away at very high speed,” heading for the Andes. Airport director Julio Schettner said the UFOs hovered “at an altitude between 3,000 and 4,500 meters (10,000 to 15,000 feet) and emitted blue, red, green and yellow lights which made them clearly visible to the naked eye.” Schettner added, “In our tower, it was not possible to track them on radar, so we contacted control towers in (Arequipa) Peru and Santiago (de Chile). None of them had flights registering in Arica at that moment.” He added that he “had been doubtful about the existence of UFOs but not anymore,” adding that they left Arica “at an astonishing speed.” (See the newspaper La Tercera de Arica for April 1, 1997) On Wednesday, April 2, 1997, the Direccion General de Aeronautica Civil (DGAC), Chile’s civilian aeronautical ministry, announced that the three UFOs in Arica had been confirmed on radar. DGAC radar and Fuerzas Aereas de Chile (FACh) air force radar tracked the Arica UFOs “travelling at speeds of up to 12,800 kilometers (8,000 miles) per hour.” In the capital, Santiago de Chile, a DGAC spokesman said, “Chile is experiencing OVNI (Spanish acronym for UFO) sightings. The phenomenon is real. It is not meteoric or climactic.”   NOTE: The above image is CGI.
.
KEN PFEIFER WORLD UFO PHOTOS AND NEWS
WWW.WORLDUFOPHOTOSANDNEWS.ORG
WWW.WORLDUFOPHOTOS.ORG
THANKS TO http://inexplicata.blogspot.com
.
.